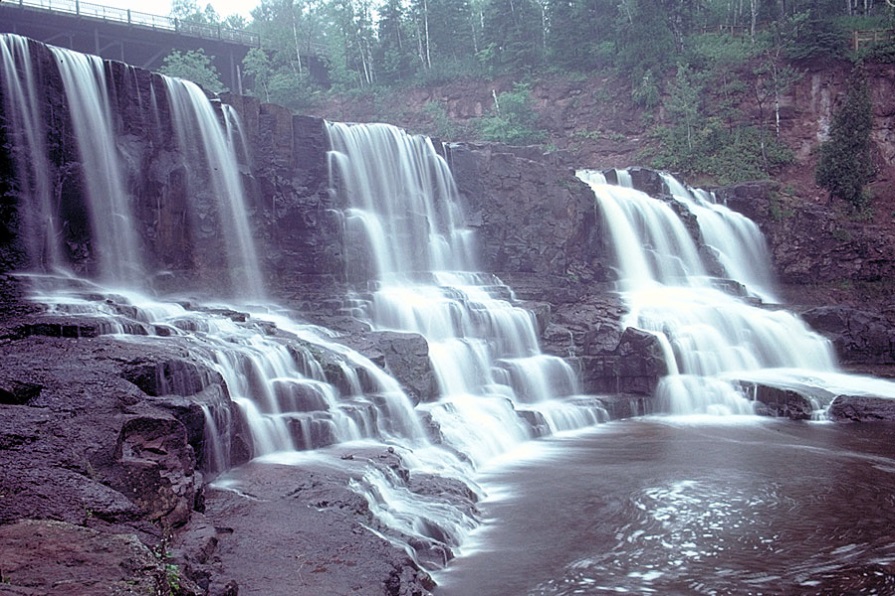 DULUTH, Minn. (AP) — As much of Minnesota experiences what is being categorized as a severe drought, the normally rushing waters of many inland tributaries and rivers have slowed to a trickle, including the western side of the North Shore’s Gooseberry Falls.

Nick Hoffmann, assistant park manager for Gooseberry Falls State Park, told the Star Tribune that if the dry weather in the state continues, it’s possible the falls could dry up by late August — something that hasn’t happened in about 15 years.

The drought monitor shows the more intense “extreme” drought category has expanded from 4% of the state last week to almost 19% this week. The news means that more watering restrictions are likely, and there could be an elevated fire danger. Farmers could also see increased problems with crops and feeding livestock.

Diana Karwan, a hydrologist and associate professor at the University of Minnesota, said the low water levels in rivers is partly due to exhausted stores of water in soils and wetlands. The water stores, created from rain and snow, keep rivers running — and without rain they are depleting, she said.

“What you are seeing at Gooseberry Falls now is resulting from what’s happening this week and this month, but also over the course of the entire year, where it’s been so dry,” Karwan said.

Minnesota Sea Grant director John Downing said there’s no doubt situations like this will become more common. as ice-free seasons for inland lakes have increased by two to four weeks in past years, and Lake Superior has seen smaller ice cover. Rivers along the North Shore, from the Knife to the Temperance, are low this summer, and some even have dry sections with just occasional pools.

Low river levels and warm water hurt migratory fish populations, especially the coho and chinook salmon and brook and rainbow trout that use streams that feed into Lake Superior as nursery areas. The young fish run out of room and the heat can literally cook them, said Don Schreiner, a fisheries specialist for Minnesota Sea Grant.

The drought could also lead to sections of rivers freezing to the bottom with no room for fish to survive the winter, Schreiner said.

“The concern would be range reduction, and it would be a shame to see that happen,” he said.

“Not that many want to drive up the shore to see a dry cliff,” Downing said. “We are known around the world for abundant, flowing, beautiful, clear water. If you draw down the groundwater, it takes a long time to build it back up.”