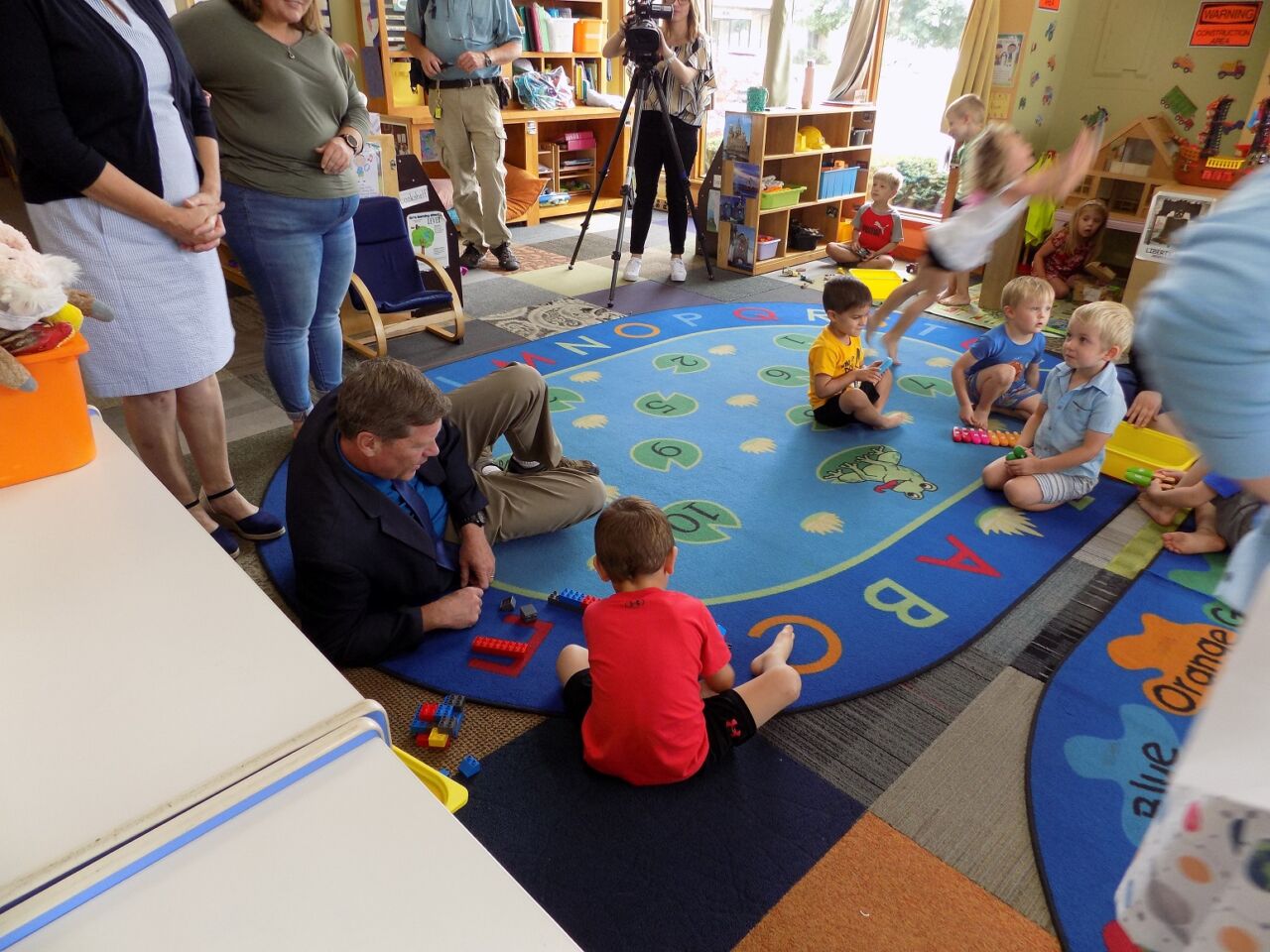 Kids gathered at one La Crosse daycare center received a visitor from Washington on Thursday.

The “big kid” in the room, helping them with card games and Lego blocks, was local Congressman Ron Kind, who stopped at Sprout Childcare to celebrate the start of monthly child tax credit payments to area families.

“Parents are not gonna be going to work if they aren’t convinced that their children are going to a safe, caring place during the day,” Kind told reporters.

He and State Rep. Jill Billings predict that more parents will be able to return to work, because getting the government checks will help them afford to send their children to daycare.

Billings joined Kind at the news conference, saying that Wisconsin has more working mothers than many states and could benefit greatly from the tax credits.

Sherry Picha, co-owner of Sprout, says her staff actively instructs children who come to the center.

“We used to be child care workers,” she said. “I get it, that’s what we’re referred to … but we are educators.”

Picha added that the care centers do not receive money themselves through the American Rescue Plan.

The tax credits provide monthly checks of $3,000 or $3,600 per child to eligible families, depending on the ages of their children.