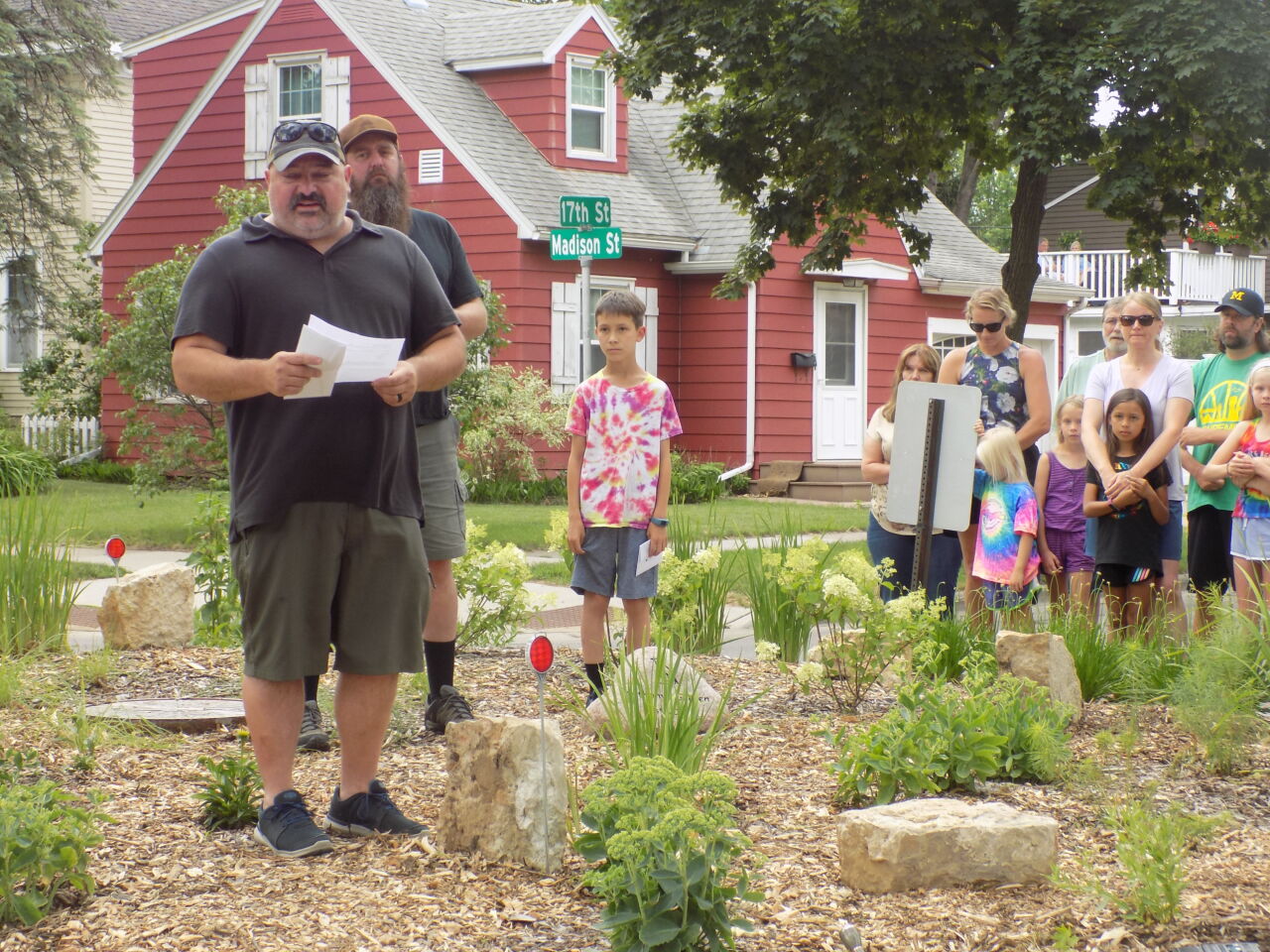 One year after the shooting death of a tavern employee in downtown La Crosse, his family and friends have found different ways to honor his memory.

A gathering to remember 19-year-old Anthony Fimple took place on Sunday at a traffic circle dedicated to him on Madison Street.

Anthony’s father, Gus Fimple, has launched a memorial fund, called the Anthony Fund, to raise money for causes that were important to him.

Gus says that in Anthony’s room, you would see books about John Muir and Aldo Leopold, dealing with nature. “These are things that really, really were important to him, conservation, nature,” said Gus.

The fund will also be used to develop housing for the homeless, with one project being planned in Holmen already.

“It was a horrible situation, senseless,” Gus said, speaking to people gathered at the Madison Street traffic circle dedicated to Anthony. “We’re trying to turn it into a positive.”

The fund will be administered by the La Crosse Community Foundation.