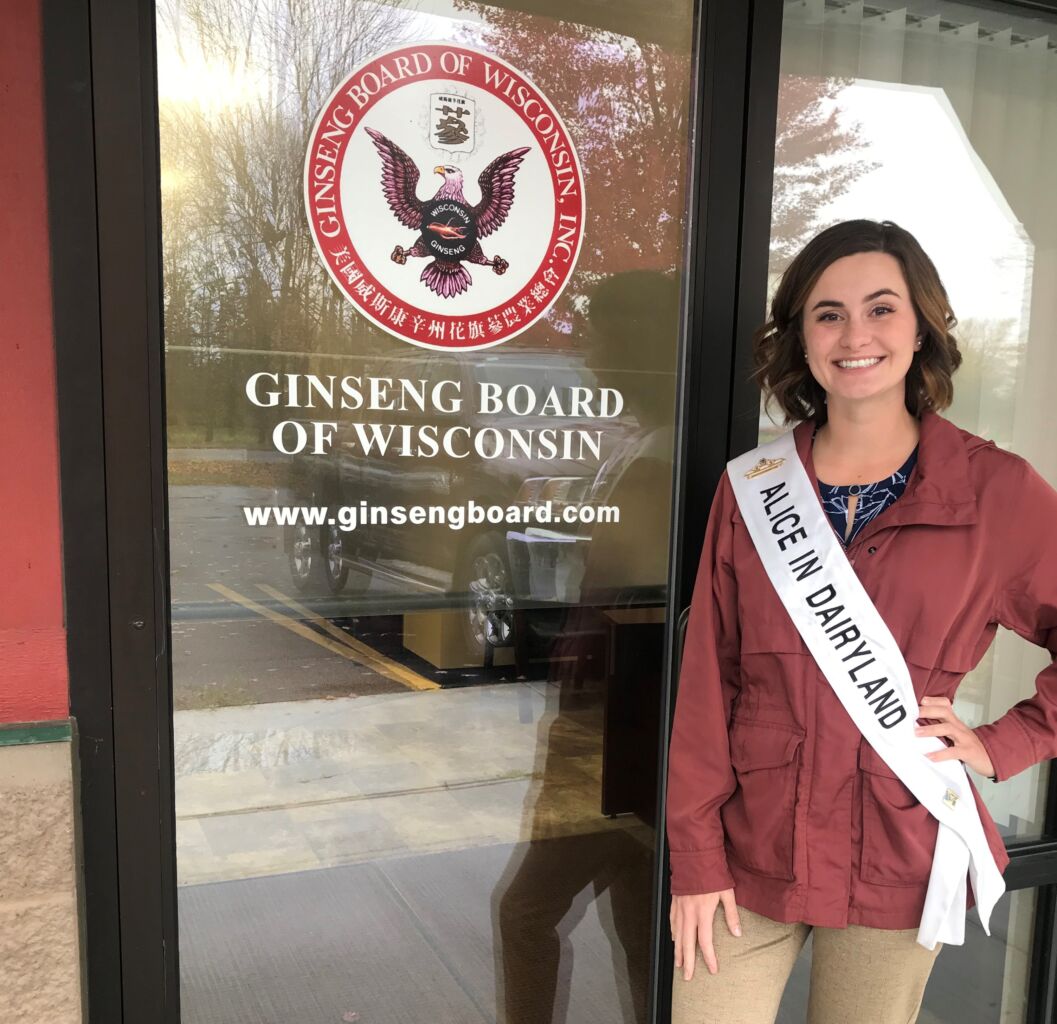 Wisconsin is commonly known as the top producer of popular commodities such as cheese and cranberries, but another coveted crop on that list is ginseng.

Producers in Wisconsin grow 95 percent of the nation’s supply of ginseng, according to the Wisconsin Department of Agriculture, Trade, and Consumer Protection. About 85 percent of that ginseng is exported to Asian countries where it is a key ingredient used in traditional medicine. It is also widely used in Western cultures as a dietary supplement and botanical element. Additionally, the Wisconsin Ginseng Board said it is known to help boost energy and support a healthy immune system.

“This time of the year is the celebration of the Chinese New Year,” 73rd Alice in Dairyland Julia Nunes said. “It started on Feb., and many people in Asian cultures will give the gift of Wisconsin ginseng because it is known for being very high quality, and it is a gift of good health.”

The Chinese New Year is celebrated for 16 days. Although there are ginseng varieties grown overseas, Nunes said Wisconsin ginseng has a specific taste that is craved and sought after around the world.

“Wisconsin ginseng is known for being higher quality than the Asian-grown ginseng, and people from those Asian cultures will look for that Wisconsin Ginseng Board seal on the packages to know that they are getting the highest-quality ginseng that they can,” Nunes said.

She noted she’s had the chance to try a variety of ginseng products, including the popular ginseng tea.

“I think that is the purest way you can try it,” she said. “I personally like my ginseng tea with a little bit of honey and a squeeze of lemon juice. It has a very unique flavor. If you’re from America’s Dairyland, you should definitely try another one of Wisconsin’s top products.”

Other options for enjoying the root include powdered ginseng, sliced ginseng, ginseng extract, capsules, and more.

“The options are almost endless,” Nunes said. “People add it to a lot of different things from putting it into your chicken soup or salad dressings.”

She recommended those interested in learning more about ginseng products, or the history of ginseng in Wisconsin visit the Wisconsin Ginseng Board website.

The website also has a directory to connect consumers with Wisconsin Ginseng Growers.

“I think probably one of the best places to get ginseng is straight from those farmers,” Nunes said. “They have their own different products that are unique to them.”

Those who want to keep up with Nunes’ adventures as Alice in Dairyland can subscribe to her Adventures in Agriculture Blog, or follower her on social media.