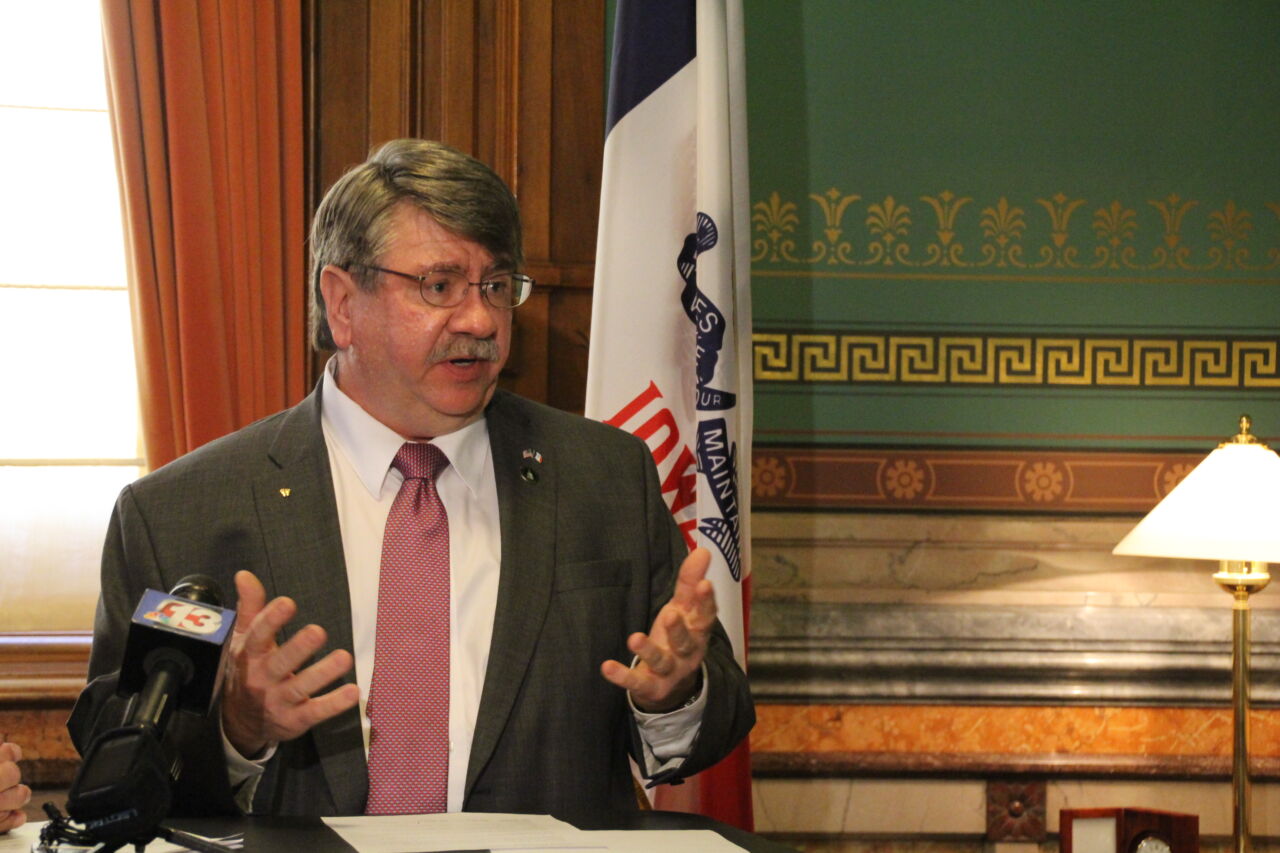 DES MOINES, Iowa (AP) — The top Democrat in the Iowa House on Friday asked that a Republican legislator be removed from committee assignments because of his claims about election fraud and what some saw as threatening language about guns.

Fisher said the U.S. Capitol riot by supporters of President Donald Trump resulted from widespread mistrust of elections and that blame is “laid solely at the feet of the Democratic party.” He alleged “shady practices, outright cheating” in Democratic led states and cities.

Fisher also wrote, “We will survive. Remember, our side has the guns.”

Prichard said the gun comment “suggests violence is an acceptable solution when one does not agree with the outcome of an election.” In a Jan. 15 letter to Grassley, Pritchard demanded that Fisher issue a public apology, denounce violence and stop spreading conspiracy theories about elections

Fisher, a retired farmer, has not done so by Friday, prompting Prichard to request action by Grassley.

“Just as we’re seeing from the left across the country, Leader Prichard clearly believes that the right to free speech should only belong to those he agrees with,” Grassley said.

Fisher did not immediately reply to a message.