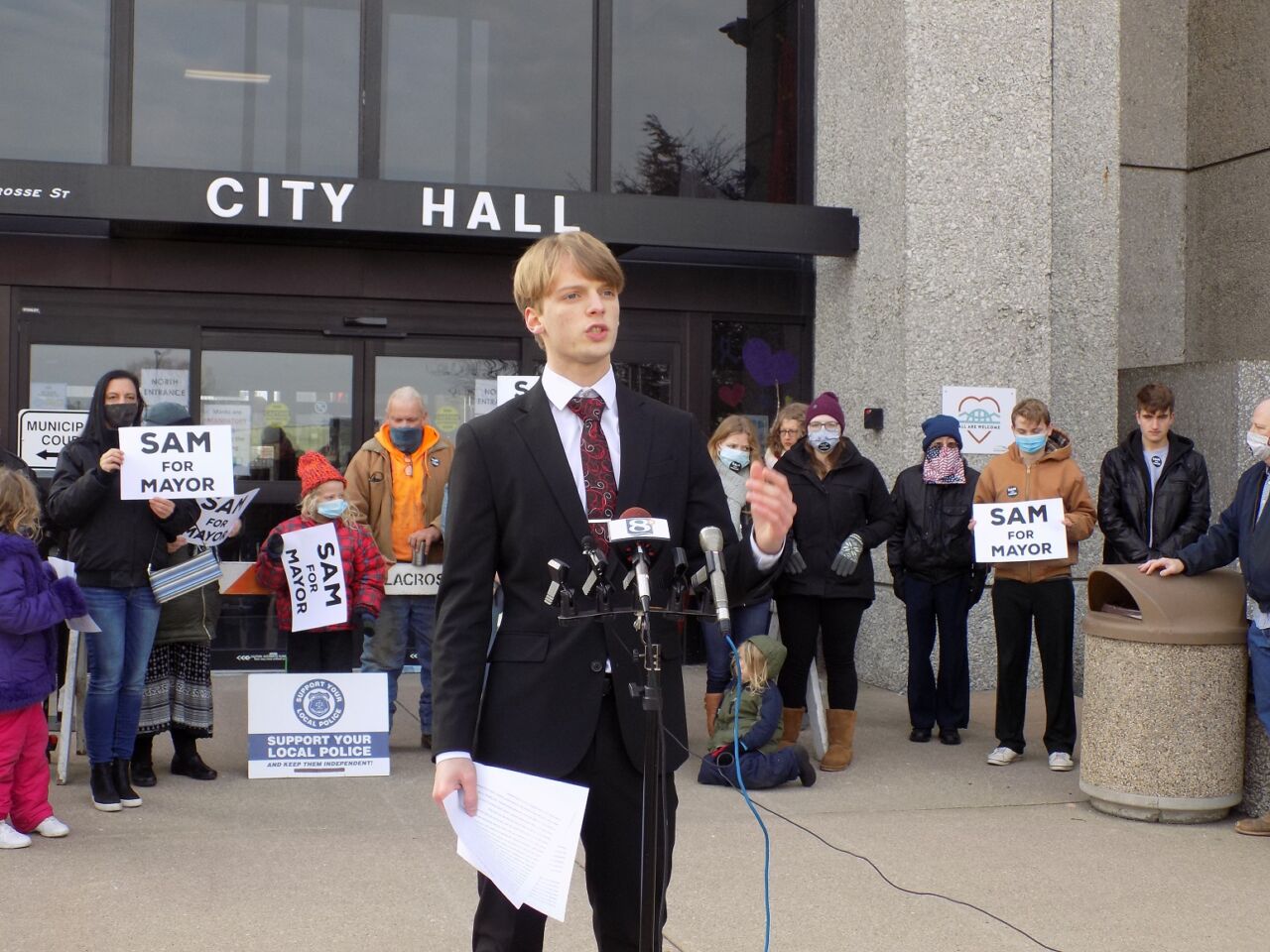 Two new candidates for mayor of La Crosse have announced campaigns since early Wednesday — a familiar face in the local business community, and an 18-year-old business owner.

“Every day in my endeavors with Engage Greater La Crosse I hear, share, and tell the stories of our friends and neighbors who are struggling,” Markussen posted. “We have so much to preserve, reboot, and restore in La Crosse and beyond. The issues we had before the pandemic seized our way of life also remain.

Markussen used to be a local TV reporter in the 90s. She worked in public relations for several years before becoming the executive director for the La Crosse Area Chamber of Commerce, a job she left in June.

Schneider symbolically tossed a hat through a hoop as he made his announcement, surrounded by supporters holding signs reading “Sam for Mayor.”

He owns a cleaning service in La Crosse — the All Around Cleaning Crew — and is calling for greater safety in the city, road repairs, and lower property taxes.

Facing La Crosse Street, Schneider referred to the street, which coincides with State Highway 16, as “our neighborhood pothole.”

“Ladies and gentlemen, La Crosse Street is not a state problem. It is a La Crosse problem,” Schneider said.

In 2009, La Crosse elected a 24-year-old businessman named Matt Harter to serve as mayor, and Schneider says he has consulted with Harter about the process of running.

Another, who said he was running is Greg Saliaras. He manages a downtown La Crosse restaurant.

Three of these candidates have now been on La Crosse Talk PM.
Each interview is at the bottom of this story.

The deadline to file is Jan. 5.

If there are more than two candidates — so far nobody has met all the requirements — there will be a primary on Feb. 16 to cut that number to two. The election will be April 6.

For those who wish to run for mayor, they need to live in La Crosse 28 days before the election (March 9).

Two weeks ago, La Crosse Mayor Tim Kabat announced he would not be seeking a third term. He first ran in 2013 — the last time there was an open seat for mayor. Ten candidates ran that year. Kabat ran unopposed in 2017.

In case anyone’s wondering what Hatched Baby looks like from the mayor’s office in City Hall: