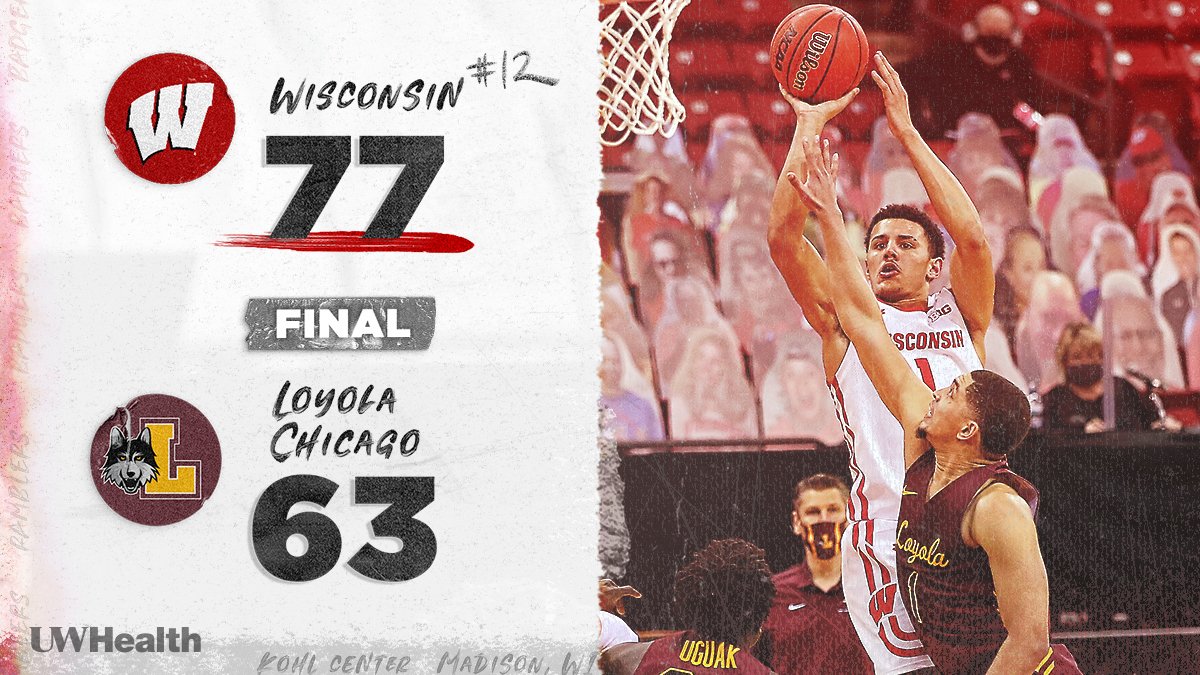 Davis, again, did a little of everything off the bench, with five rebounds, two assists and a steal in 23 minutes, as the Badgers (5-1) won their 13th consecutive game at the Kohl Center.

Loyola got out to a 7-0 lead, but the Badgers stormed back with a 17-3 run, including five points from Davis.

The Badgers were supposed to play Northern Iowa, but it cancelled the rest of its 2020 schedule.

So, for the second time this season, Wisconsin had to rework its schedule, adding Loyola last minute and getting No. 23 Louisville back onto the schedule for Saturday in Madison, while pushing back the Big Ten opener with Nebraska back a day, to Tuesday.