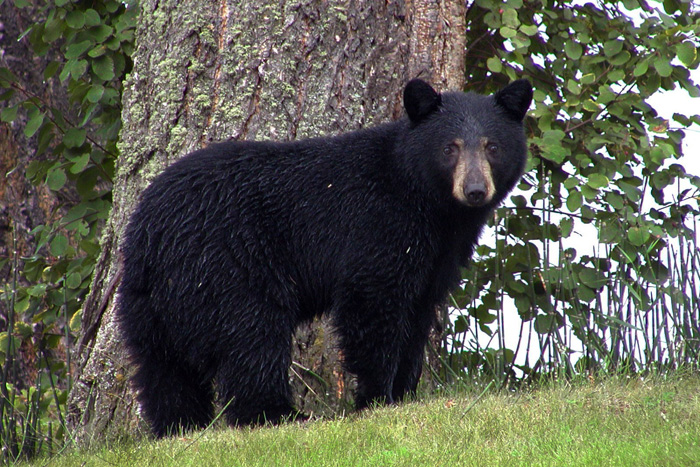 Bear hunters in Wisconsin reported a good season in 2020 with an increase in bear numbers from 2019.

Preliminary data from the Wisconsin Department of Natural Resources (DNR) shows hunters harvested 4,129 bears this year, an increase from 3,679 reported in 2019.

“Wisconsin has a long bear hunting history in the state,” DNR Large Carnivore Specialist Randy Johnson said. “It continues to grow in popularity every year. Across the nation among bear hunting ranks, Wisconsin is really a destination state. We have a healthy population with a lot of very large bears.”

This could mark the fifth-highest season on record in the state with several reasons behind it. Johnson said with COVID-19, more people were able to hunt and were happy to spend more time in the outdoors.

“People are really getting outside, and I think they may just have more time to dedicate to it,” Johnson said.

Weather can also play a factor as it impacts the acorn crop and other natural food sources for bears. The season, which runs from September through October, saw lower than average temperatures and even early frosts, making baiting efforts more fruitful.

The traditional bear range is in northern Wisconsin, but there has been an expansion to the south and in particular the southwest for the last several years. La Crosse County harvested one bear, Trempealeau had five, Monroe took seven, and Jackson County reported 81 bears, according to Johnson.

“We try to keep our eye on things and not necessarily with the goal of reducing the population down there anything like that, but it’s nice to have that healthy population and the ability to have an opportunity for folks that want to get out there and pursue them,” he said.

Johnson acknowledged the important role bears play in the local ecosystem by spreading seeds from berries and eating other items in Wisconsin’s wildlife.

“It is just incredible the amount of plants and diversity that can come from just bears eating what they eat, moving around the landscape, and doing their things.”

Those who want to learn more about bear hunting in Wisconsin can find resources on the DNR’s website. Hunters apply for a hunting license every year, and they often have more applications than licenses available. Johnson said some have to wait as long as 10 to 12 years to get a hunting license depending on the area of the state in which they want to hunt. The website also includes a management plan and program goals.

“The bear population is growing and expanding, and we have good information about what living with bears looks like,” Johnson said. “We have recommendations for what to do and what not do to so people are prepared. A little bit of proactivity is a good thing.”