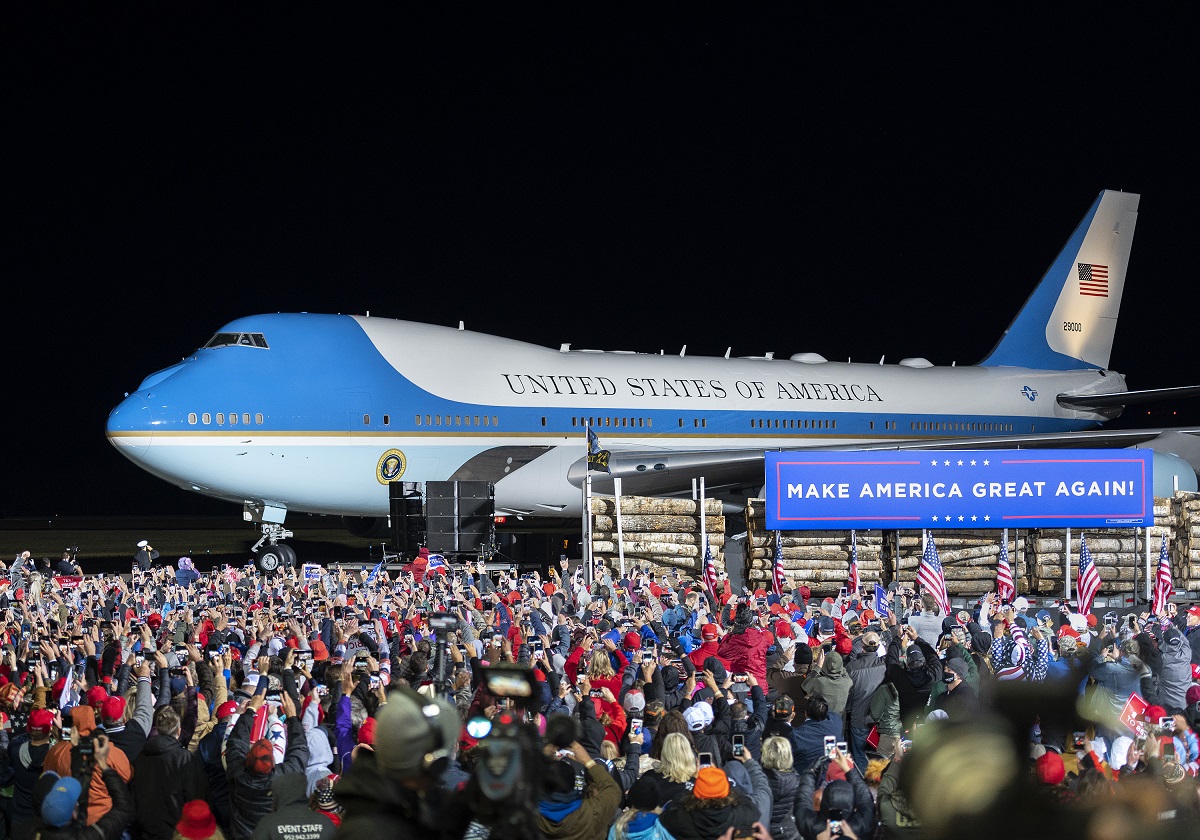 Just before midnight, a tweet by President Donald Trump pretty much erased the whirlwind of news that surrounded his MAGA Rally to be held at the La Crosse Airport on Saturday.

Trump tweeted he and his wife have COVID-19 and will begin the quarantine process immediately.

Before that news, Trump’s campaign had quickly moved a cancelled La Crosse rally to Janesville. Trump was at a Duluth, Minn., rally Wednesday night.

The La Crosse rally was cancelled because language in the Colgan Air Service contract with the city. That was first confirmed by La Crosse Regional Airport director Ian Turner, then later discussed by Mayor Tim Kabat on La Crosse Talk PM.

“After consultation with staff and our legal department,” Kabat said, “we did send a notice to Colgan Air that we believe those types of events, and political events, were in breach of their lease. Colgan (was) not in agreement with that but they decided then not to host the rally.”

Kabat then added some details on a potential change of venue. The mayor said Dan Kapanke had inquired about hosting the rally at Copeland Park, which is owned by the city and leased to the La Crosse Loggers. That, however, would require a special events permit.

“We told Mr. Kapanke, who was inquiring about that,” Kabat said, “that, although he was welcome to apply for that permit, it was very unlikely that permit would be granted because we have in essence said no to every permit request this spring and summer.”

“What I was told, from my contact in the Trump Campaign,” Feehan said, “is that they proposed five different venues, and they were told in all five situations, that it would not be allowed.”

Feehan only knew one of the five venues, and that one was county property in West Salem.

As for the situation at the airport, Feehan said the GOP had questions.

“What threats were made to Colgan Air, if they did not comply with cancelling the event?” Feehan asked. “It sounds to me, like the mayor and the city attorney, put a lot of pressure on Colgan Air to cancel this event.

“The Republican Party is going to be looking further into this, and we expect to find some answers.”