Back to work: Bucks, Lakers again try to get to second round 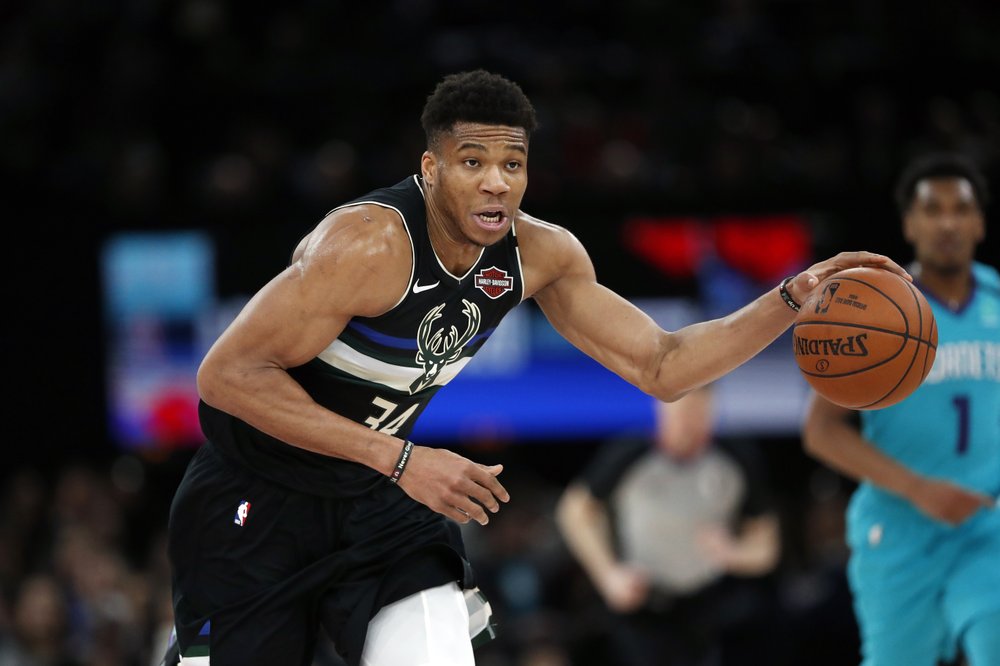 The Orlando Magic are going to be thrilled to see the Milwaukee Bucks take the floor on Saturday for Game 5 of their matchup.

And they’ll be even happier if they can face them again in a Game 6 on Monday.

The NBA playoffs — which stopped for three days after the Bucks refused to take the floor on Wednesday in protest of the shooting by police of Jacob Blake, a Black man, in Kenosha, Wisconsin this past weekend — are set to resume. The first game on the slate is Game 5 of the Orlando-Milwaukee Eastern Conference first-round series, with the Bucks holding a 3-1 lead and putting the Magic on the brink of elimination.

“We’re all united in this fight,” Magic coach Steve Clifford said Friday. “We support the Bucks and what they did. I think it’s ended up being a very positive thing. If you look at it, it was the impetus for the WNBA, for other teams in the NBA, for baseball … a bunch of college football teams, it was a positive occurrence. What they did kept the conversation going.”

Now, the Magic will aim to keep their season going. So will the Portland Trail Blazers.

A few days ago, the sky was falling on the Bucks and Los Angeles Lakers. The NBA’s two best teams in the regular season, the top seeds in their respective conferences, both lost their playoff openers and looked vulnerable.

Not so much now.

The Bucks and Lakers are a combined 6-0 since — winning those games by an average of 15.8 points — and like Milwaukee, the Lakers teams can reach the second round of the NBA playoffs with a win on Saturday at the Disney complex in Lake Buena Vista, Florida.

The other game in Saturday’s tripleheader is Game 5 between the Houston Rockets and Oklahoma City Thunder, that series knotted at two games apiece.

“Obviously, in Game 1, we were all disappointed in ourselves,” Milwaukee center Brook Lopez said Tuesday, on the eve of when Game 5 originally was to be played. “We felt we weren’t the team that we are and capable of being. Each and every game, our effort has been there since then. … The bottom line is we’ve come out and competed so much harder.”

The wake-up call helped the Lakers as well. They’ve had some of their best bubble showings since dropping Game 1, and now LeBron James has a chance to close out yet another series. James’ teams went 5-5 in his first 10 series-clinching opportunities; they’re 30-5 in those situations since.

“One thing about playing a team that’s desperate, they understand that if they lose, they go home,” James said earlier this week. “So, we’ve got to be just as desperate as they are.”

A look at Saturday’s games:

— NEED TO KNOW: If the Bucks win, the Eastern Conference first round would be completed in just 17 games. That would be the fastest opening round, in either conference, since the league went to the best-of-seven format in 2003. The East needed 19 games to get through Round 1 in 2002 — when best-of-five first rounds were still played.

— KEEP AN EYE ON: Orlando’s Nikola Vucevic has three 30-point games already in this series. The only other Orlando players to do that were Shaquille O’Neal, Penny Hardaway and Tracy McGrady. No Magic player has four 30-point nights in the same series.

— INJURY WATCH: Orlando F Aaron Gordon (strained left hamstring) has missed the entire series and will not play in Game 5.

— PRESSURE IS ON: The Bucks. After the last few days, and the mental strain that comes with it, it will be interesting to see if Milwaukee is able to focus on play.

— NEED TO KNOW: The Rockets have 77 3-pointers already in this series, putting them on pace to be the first team in NBA history to make 100 in a single series. The record for any series is 95, set by the Rockets in the West semifinals last season.

— INJURY WATCH: Houston G Russell Westbrook (quad) has not played yet in the series, yet seems ready to go in Game 5.

— PRESSURE IS ON: Everybody. It’s 2-2. The margin for error is razor-thin for both sides now.

— NEED TO KNOW: LeBron James’ teams are 13-0 all-time in first-round series, on the cusp now of making that 14-0 and getting the Lakers to the second round for the first time since 2012. James has walked off a winner in 57 of his 68 career first-round games; Cleveland went 36-8 with him in those, Miami went 16-2.

— KEEP AN EYE ON: Lakers G Danny Green. He was 3 for 4 from 3-point range in Game 4, suggesting he might be in a rhythm. Green isn’t a volume scorer — his last 50 playoff games, all of them starts, haven’t resulted in a single 20-point effort — but if teams must guard him more closely everything will get a lot easier for the Lakers.

— INJURY WATCH: Portland G Damian Lillard (sprained right knee) is out and has left the bubble for further evaluation. The Bubble MVP of the seeding games is simply a huge loss for the Blazers.

— PRESSURE IS ON: James. He, too, has been through a lot in the last few days and the decisions about playing or not playing.