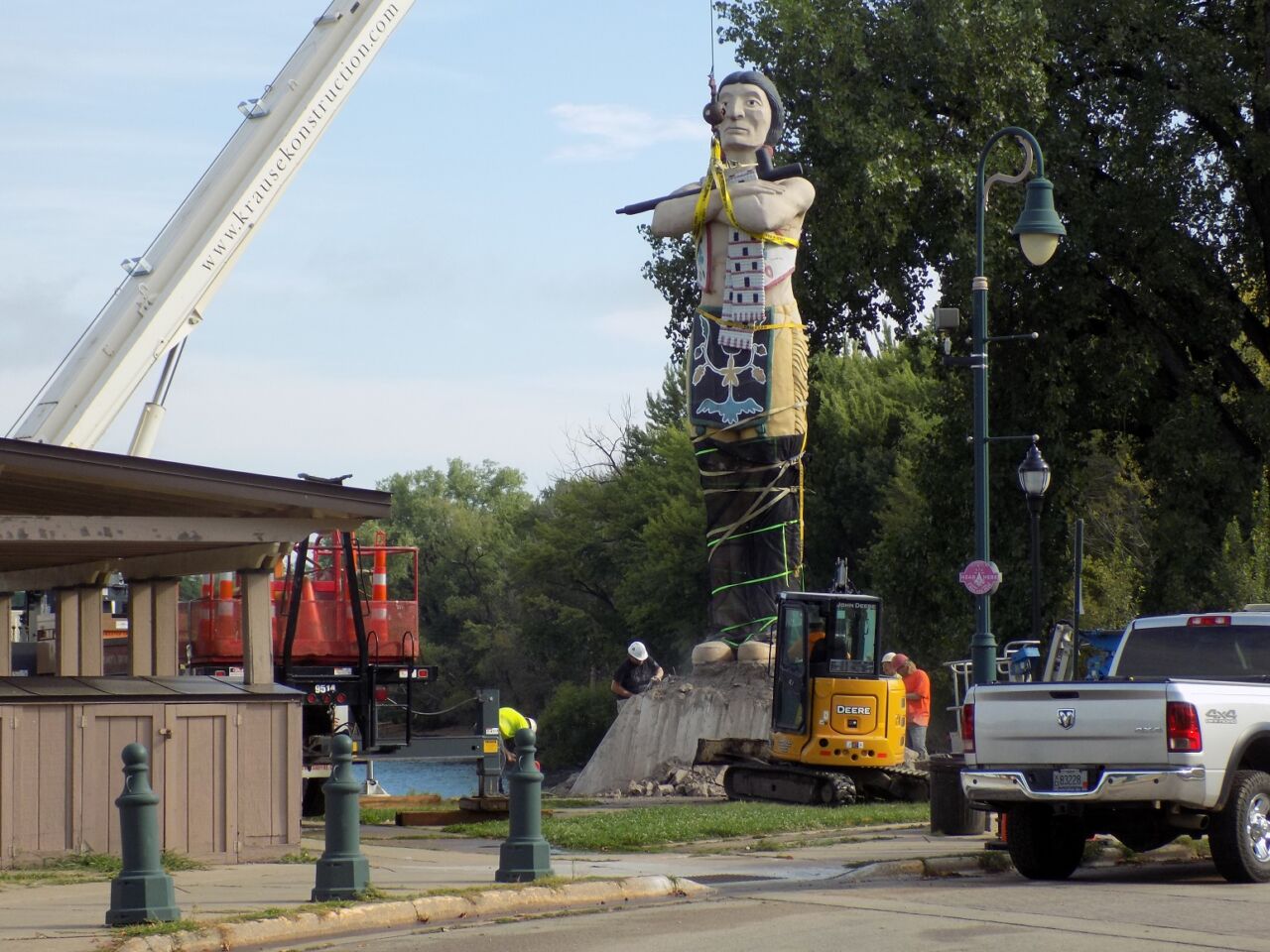 The Hiawatha statue in Riverside Park will likely be down Tuesday.

But then what? It wasn’t that long ago, the city of La Crosse had agreed to help store the statue for the Zimmerhakl family.

“After the parks board vote, I know that our staff had a number of conversations with the family members and they did find a donor to help them with this new location,” Kabat said Monday on La Crosse Talk PM.

Where the statue is headed isn’t something the city intends to hide, according to Kabat.

“At some point, that’ll be shared, because I think the plan, of course, is to have a marker — some information — down at Riverside Park, to let people know about the the statue and where it’s been relocated to,” Kabat said.

As for his inbox lately, Kabat said he’s received a lot of messages but that’s just part of the job.

“That’s not a surprise,” he said. “It’s been that way, especially after I wrote the letter requesting the park board to remove (Hiawatha), and (Monday), as well, with the start of removing the statue itself. So, I’m sure it’ll be that way for a few days yet.”

Some people haven’t gotten over the city changing the speed limit on Losey Boulevard to 25 miles per hour a few years ago. Kabat mentioned that when he was asked what “controversy” has gotten more attention in his inbox.

“Let me think once,” Kabat said, “when the city council voted to reduce the speed on Losey Boulevard, that was pretty controversial, and we still, every once in a while, will get a comment or communication on that. But, probably just because it’s so current right now, moving the Hiawatha statue, we’re hearing it!”