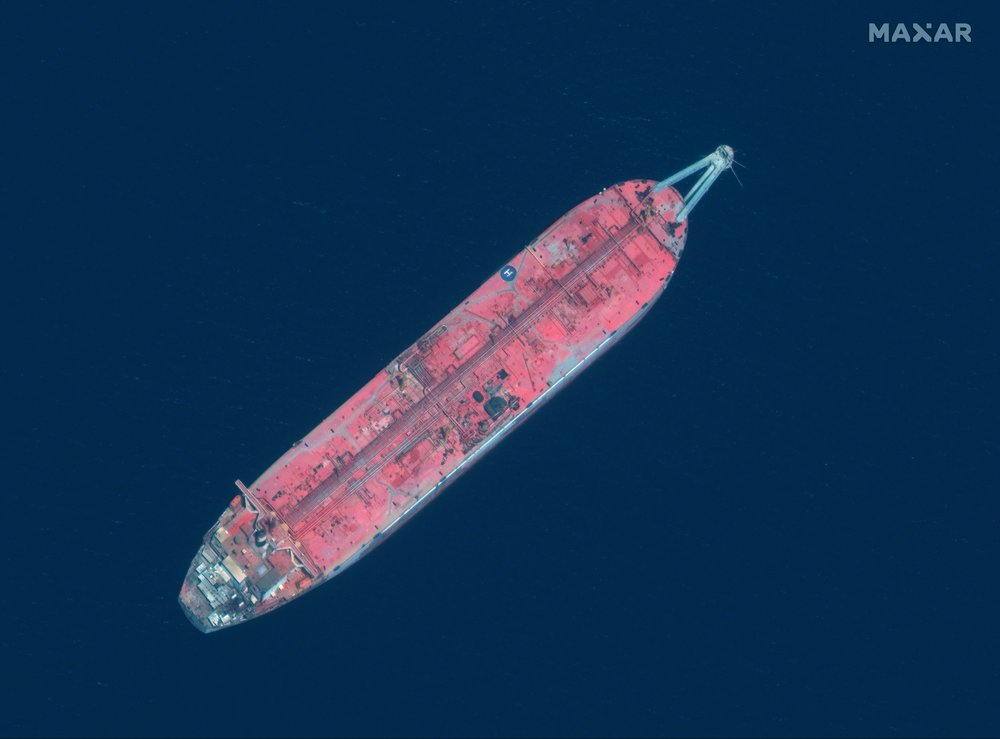 CAIRO (AP) — The U.N. environment chief said Wednesday that “time is running out” to avert an environmental, economic and humanitarian catastrophe from a deteriorating oil tanker loaded with 1.1 million barrels of crude oil that is moored off the coast of Yemen.

Inger Andersen told the U.N. Security Council that an oil spill from the FSO Safer, which hasn’t been maintained for over five years, would wreck ecosystems and livelihoods for decades.

“Prevention of such a crisis from precipitating is really the only option,” she said. “Despite the difficult operational context, no effort should be spared to first conduct a technical assessment and initial light repairs.”

Houthi rebels, who control the area where the ship is moored, have denied U.N. inspectors access to the vessel so they could assess the damage and look for ways to secure the tanker by unloading the oil and pulling the ship to safety. But the rebels recently signaled they would approve a U.N. mission to the ship, according to the U.N.

Internal documents obtained by The Associated Press last month show that seawater has entered the engine compartment of the tanker, causing damage to pipes and increasing the risk of sinking. Rust has covered parts of the tanker and the inert gas that prevents the tanks from gathering inflammable gases, has leaked out. Experts say maintenance is no longer possible because the damage to the ship is irreversible, according to an AP report June 26.

The U.N. humanitarian affairs chief, Mark Lowcock, said a leak in the tanker in May “brought us closer than ever to an environmental catastrophe.”

He expressed skepticism about last week’s Houthi offer to allow a U.N. mission to the ship. He recalled that the Houthis announced a similar initiative in August, only to cancel it on the night before the planned visit.

“We have, of course, been here before,” he said, urging the rebels to “take steps that will spare millions of their fellow citizens from yet another tragedy.”

The Iranian-backed Houthi rebels control western Yemen’s Red Sea ports, including Ras Issa, 6 kilometers (3.7 miles) from where the FSO Safer has been moored since the 1980s. They are at war with the internationally recognized government, which is backed by a Saudi-led coalition and the United States.

The Japanese-built tanker was sold to the Yemeni government in 1980s to store up to 3 million barrels pumped from oil fields in Marib province before it was exported. The ship is 360 meters (1,181 feet) long with 34 storage tanks.

The U.N. environment program chief, urged the international community to come up with a response plan should an oil spill occur. The tanker could release four times more oil than the notorious Exxon Valdez disaster did, off Alaska in 1989, she said.

“Time is running out for us to act in a coordinated manner to prevent a looming environmental, economic and humanitarian catastrophe,” Anderson said.