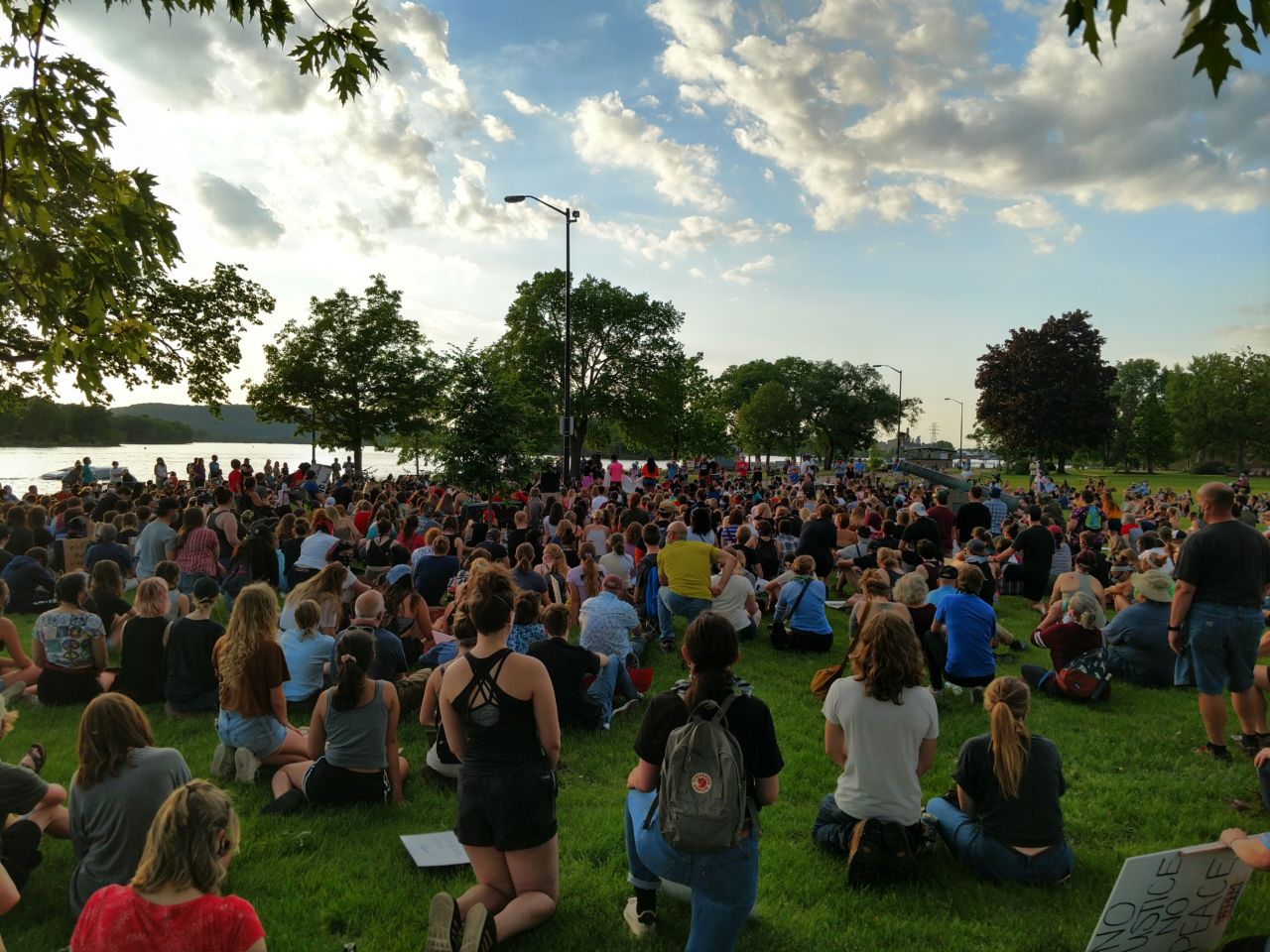 On Tuesday, many hit pause to publicly oppose racism and reflect on the movement sparked by George Floyd’s death. Instagram and Facebook were filled with blank, black photos with #BlackOutTuesday.

Among those who participated included the La Crosse County Health Department. The Health Department postponed its media briefing and chose not to post its case count on social media. Some comments on the post were critical saying the health department should not take a stance as public employees, nor should they be withholding information in a pandemic.

Health director Jen Rombalski countered saying racism is a public health issue and read part of a resolution put forth by the Wisconsin Public Health Association.

Rombalski added the way our society is structured inherently benefits some more than others.

As hundreds if not thousands of people gather to protest or memorialize George Floyd across the globe, she did express concern about COVID-19 risks.

“I think what would be extremely tragic is if exposures during peaceful protests about a topic of importance might lead to disease, especially in a population that has been hit harder with this disease than others,” Rombalski said.

She encouraged everyone to continue wearing masks and social distancing when necessary.