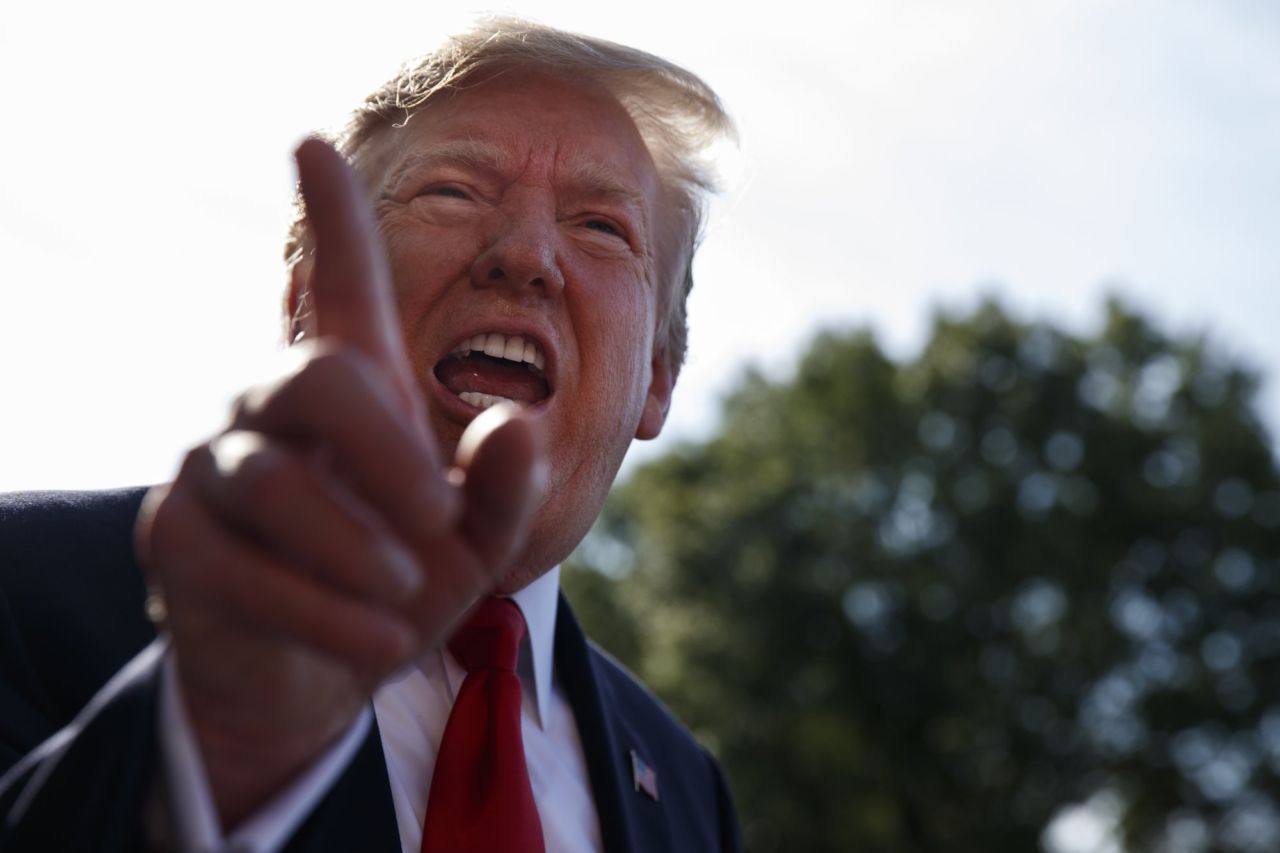 FILE - President Donald Trump talks with reporters before departing on Marine One for the Air Force Academy graduation ceremony, Thursday, May 30, 2019, in Washington. (AP Photo/Evan Vucci)

WASHINGTON (AP) — President Donald Trump’s reelection campaign is suing a Wisconsin TV station for running an anti-Trump commercial that pieces together audio clips of the president talking about the coronavirus outbreak in a way they argue is misleading and false.

The ad by the Democratic super PAC Priorities USA features a series of soundbites in which Trump downplayed the threat posed by the virus, while a chart that is splashed across the screen gradually begins to shoot upward as cases of the virus skyrocketed across the U.S.

The lawsuit, filed by the Trump campaign in Wisconsin state court, alleges the ad splices together the clips in a way that makes it appear as though the president said the virus was a “hoax.” Trump’s campaign argues that the president did not call the virus itself a “hoax,” but was instead referring to Democrats who have politicized his handling of it.

The lawsuit seeks compensatory and punitive damages in an amount to be determined at trial.

The threat of legal action could prompt TV stations to avoid running advertisements that are critical of Trump in the midst of a contentious presidential campaign.

“The advertisement … does not just contain false and defamatory statements about President Trump — it is far more insidious and, ultimately, far more dangerous,” the lawsuit reads. “The advertisement was produced through the use of digital technology by taking audio clips from Trump Campaign events and piecing those clips together to manufacture a blatantly false statement that was never said by President Trump.”

A person who answered the phone at the WJFW-TV in northern Wisconsin declined to comment and directed questions about the lawsuit to a station manager, who did not immediately respond to an email.

Trump has struggled to respond to the virus, which initially caught his administration flat-footed. At first, Trump downplayed the threat posed by the coronavirus, likening it to the flu. But later, once models showed that tens of thousands could die from the virus, he called for a wide-scale U.S. shutdown.

Priorities USA says the ad uses Trump’s own words to show how he downplayed the spread of COVID-19 for months while the number of infected Americans increased exponentially.

“This is pretty simple. Donald Trump doesn’t want voters to hear the truth and he’s trying to bully TV stations into submission,” said Guy Cecil, who is chairman of Priorities USA. “The truth is that Trump ignored warnings from experts and his own team and downplayed the coronavirus even as it spread unchecked across the country and the world. Americans are now suffering as a result of his inaction. We will never stop airing the facts and holding the president accountable for his actions.”