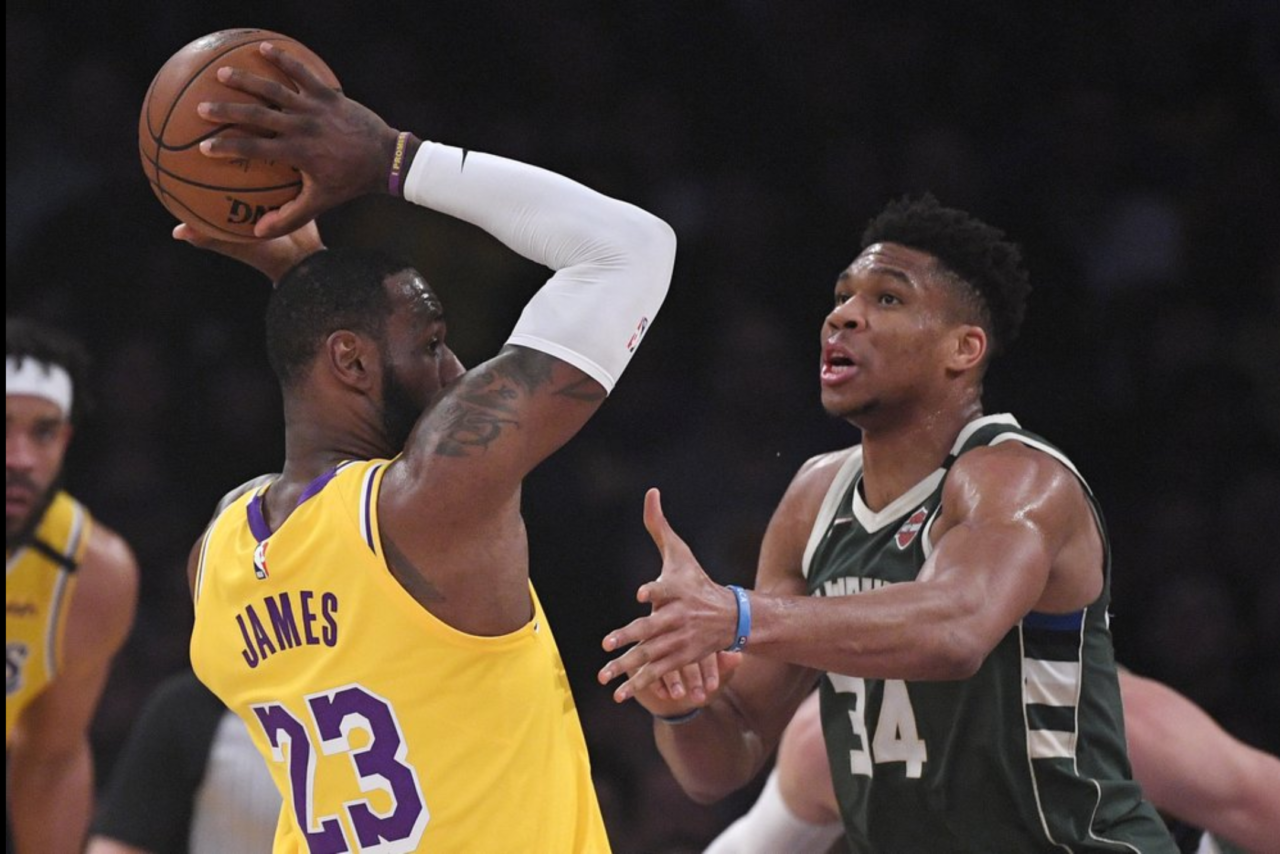 LOS ANGELES (AP) — LeBron James had 37 points, eight rebounds and seven assists to win his showdown with fellow All-Star Game captain Giannis Antetokounmpo, and the Los Angeles Lakers beat the Milwaukee Bucks 113-103 on Friday night in a clash of the NBA’s conference leaders.

Anthony Davis scored 14 of his 30 points in the fourth quarter as the Lakers split their season series with the league-leading Bucks (53-10).

Los Angeles was carried to its 10th win in 11 games overall largely by a superb performance from James, who scored 14 points in the third quarter and then kept LA ahead down the stretch. James capped his night with a one-handed spinning dunk with 27 seconds left, sparking the last of many “M-V-P!” chants for him at Staples Center.

Antetokounmpo had 32 points and 12 rebounds for the Bucks, who have lost two of three games for the first time since October. Donte DiVincenzo scored 17 points for Milwaukee, which has still won seven of nine overall.