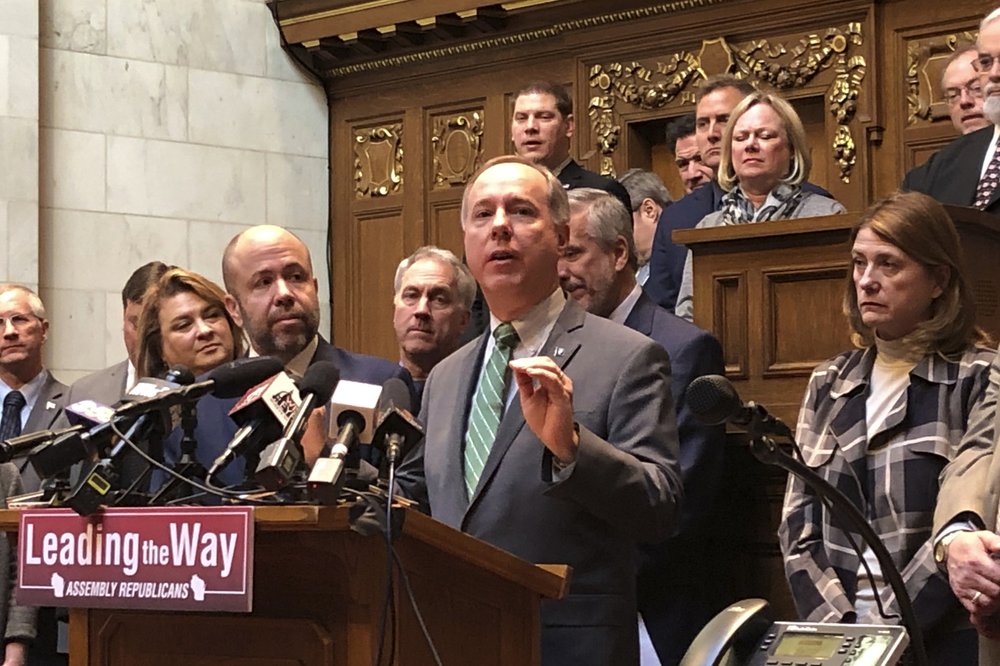 The Senate and Assembly voted to pass the election year tax cut. All Democrats voted against it except for Reps. Nick Milroy and Steve Doyle. Republicans were unified in support.

Evers has not said whether he will sign the measure, which Republicans put forward after new estimates projected the state would have a $620 million budget surplus by the middle of next year. Evers instead wants to tap the surplus to lower property taxes and spend more on K-12 schools, but lawmakers have refused to take up his $250 million plan.

Republican Senate Majority Leader Scott Fitzgerald, who discussed both plans with Evers this week, said he hoped the governor would sign the tax cut even though the Legislature is rejecting his school aid plan. Discussion of bolstering aid for schools will have to wait for the next state budget in 2021, Fitzgerald said.

Republican Assembly Speaker Robin Vos said “there’s no good reason” for Evers to veto the bill, noting that it would pay down debt, cut taxes for the middle class and help businesses by reducing their property taxes.

“There is nothing in there that should be partisan,” Vos told reporters.

But in yet another sign that a veto of the tax cut bill was likely, Evers tweeted that the plan “unsustainable” and urged Republicans to “do the right thing” and pass his school proposal.

The Assemblypassed tax cut Thursday as part of a flurry of action on its final planned day in session for the year. The Assembly was giving final approval to bills that already passed the Senate or making proposals available for it to vote on next month. The Senate plans to return for one final day in March. A bill must pass both the Senate and Assembly in identical form for it to go to Evers.

The Assembly was also set to pass a farm aid package that includes elements of what Evers wanted, but goes farther by cutting taxes for farmers by $30 million a year and another $6 million for self-employed people. Evers hasn’t said whether he will go along with those tax cuts, which also must win approval from the Senate. Fitzgerald said senators were “picking and choosing” what they like from the farm aid package to vote on in March. He didn’t elaborate.

The Assembly also planned to vote on a trio of bills that would prohibit labeling food as meat, milk or dairy if it doesn’t contain those products.

One proposal would ban labeling or selling a product as meat unless it includes animal flesh. Eleven other states already have such a ban. The other two bills would ban labeling a beverage as milk unless it comes from cows, goats or certain other animals and labeling a product as cream, yogurt or cheese unless it includes dairy. Those two proposals would take effect only if 10 other Midwest states approve similar prohibitions by 2031.

None of the bills have passed the Senate yet.

The Assembly also planned to: