Scientists return from Arctic with wealth of climate data

Leaders to UN: If virus doesn’t kill us, climate change will 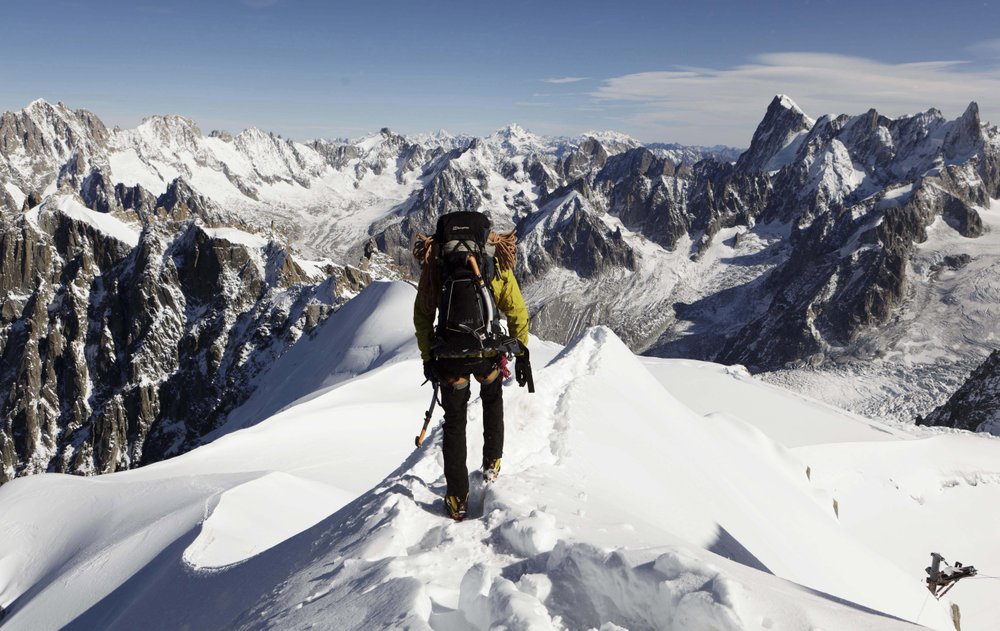 FILE - In this file photo taken on Oct. 12, 2011, an alpinist heads down a ridge on the Aiguille du Midi (3,842 meters; 12 605 feet), towards the Vallee Blanche on the Mont Blanc massif, in the Alps, near Chamonix. French President Emmanuel Macron declared the battle against climate change and environmental destruction to be "the fight of the century" Thursday Feb. 13, 2020 after visiting a melting glacier in the Alps. (AP Photo/David Azia,File)

PARIS (AP) — France’s leader called the battle against climate change and environmental destruction “the fight of the century” Thursday after visiting a melting glacier in the French Alps.

But President Emmanuel Macron’s tour of the Mer de Glace glacier and an ice cave carved into it near the mountain town of Chamonix was condemned as an electoral stunt by environmental campaigners. Critics accused Macron of using the icy photo-op to burnish his government’s green credentials ahead of France’s municipal elections next month.

Clad in winter gear, Macron listened attentively Thursday to explanations about how France’s biggest glacier has lost much of its splendor, retreating up its valley and shedding so much of its thickness that the stairs leading down to it have had to be extended.

Macron said seeing the glacier’s retreat brought home the “fear that it disappears” and a feeling of “our own vulnerability, the fragility of the landscape which, until only a few decades ago, we thought was unchangeable.”

“I deeply believe that this fight, which is a long-term fight, can also have concrete, tangible, visible results. It will be the fight of the century, of our capacity to invent new ways to live and do, sustainably,” he said.

But Macron faces vociferous opposition on multiple fronts over climate change. Activists say his lobbying for global action is not backed up by sufficient French government measures to curb the greenhouse gas emissions blamed for global warming. France is behind on its European renewable energy commitments, ranking second from bottom in the EU, according to Eurostat.

Macron has also delayed by 10 years plans to reduce the share of French energy derived from nuclear power from 71% to 50%.

Environmental campaigners dismissed Macron’s Alpine visit as an unnecessary and cynical use of taxpayer-funded resources to try to sap support from pro-ecology candidates in the municipal election in March.

“The government is trying to repaint its policies in green,” said Julien Bayou, national secretary of the EELV ecology party.