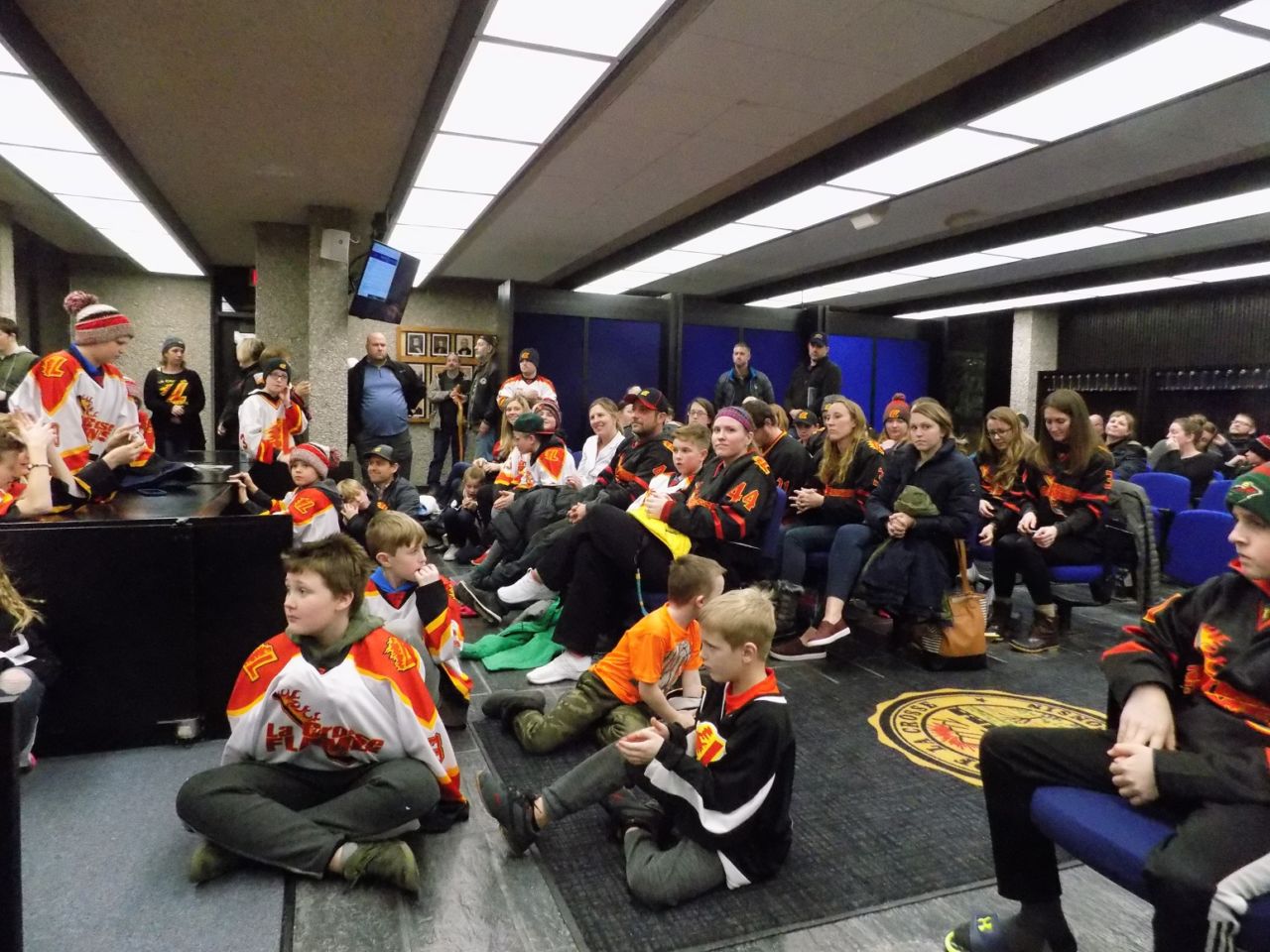 Let’s come up with a plan.

That’s what the La Crosse Parks and Rec. director recommended Thursday night, in the effort to keep the Green Island ice arena open.

Jay Odegaard suggested forming a committee of park board members, city council members and Green Island users to find money for taking care of urgent needs at the arena.

City leaders said La Crosse’s only indoor ice rink will be eliminated in June, if new ice-making equipment and an arena manager cannot be found.

Odegaard said it will require cooperation, telling the park board and the city hall audience, “It’s not because we want to end sled hockey, or end youth hockey or get rid of figure skating. These are the reality numbers that I’m askin’ you guys to help us figure out.”

For example, the refrigeration system used at Green Island is no longer allowed by law and would have to be replaced, which could cost close to $2 million.

Hockey players and figure skaters, parents and coaches filled the La Crosse city council chamber to fight for the only indoor ice rink they can use in town.

Odegaard said the youth sports programs in those towns take an active part in managing or funding the arenas.

Among the speakers at the board meeting was Jackson Larson, who plays on a sled hockey team at Green Island.

“This rink gives me happiness,” he said. “It’s my safe place.”

A study committee on the issue will be appointed soon, but it cannot be named until the next official park board meeting.