Trump rallies: "Kind of an insult to the intelligence of Wisconsinites," Wisconsin Democratic Party Chair says

How Trump’s impeachment differs from a criminal trial

Researchers: Some pet products touted as CBD don’t have any 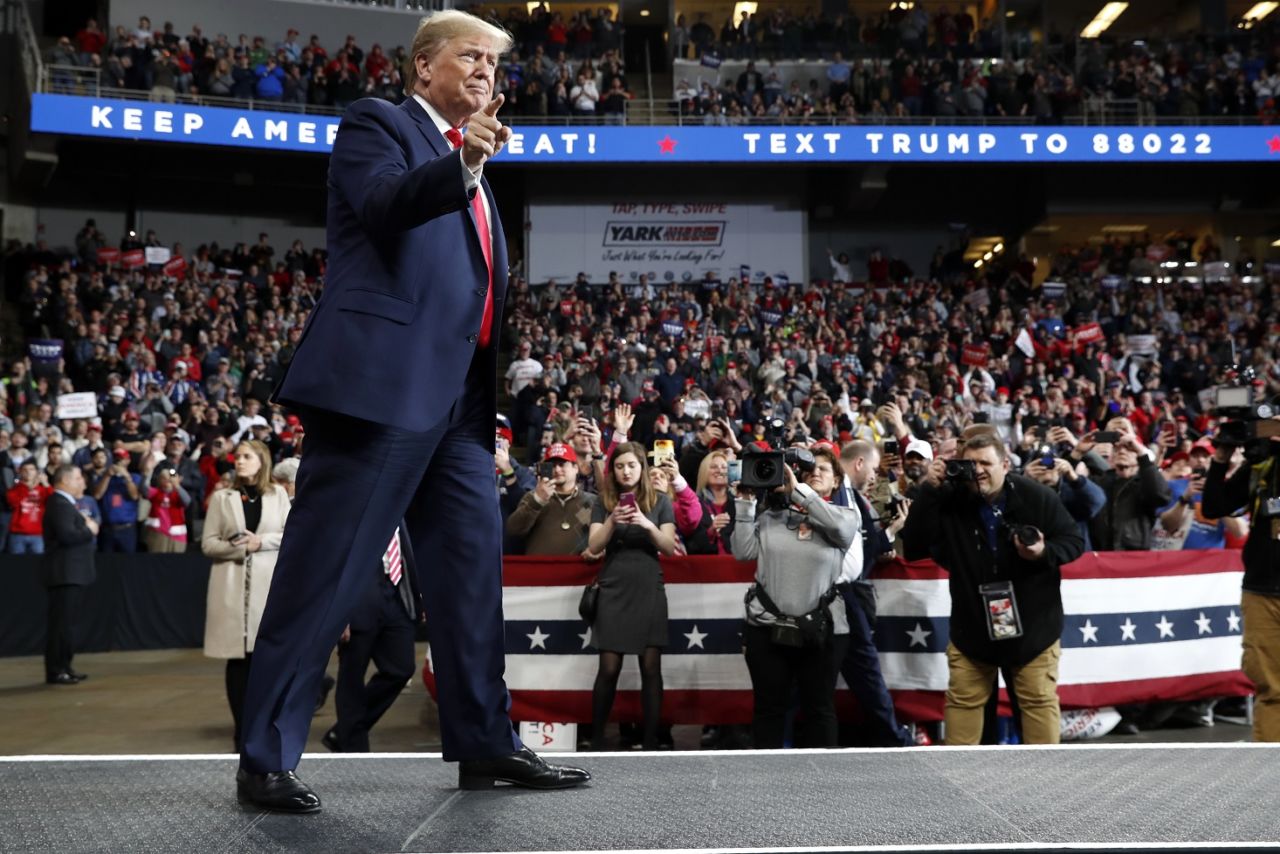 While a Democratic presidential debate happens in Iowa, President Donald Trump will hold a rally in Milwaukee at the exact same time on Tuesday.

It comes just days after Trump held a rally in Toledo, Ohio.

Will Trump talk about issues in Wisconsin — dairy farms, Foxconn, infrastructure? And will he talk about them truthfully?

“Last spring, he said in a speech that dairy farmers in Wisconsin were over the hump,” Wikler said Thursday on La Crosse Talk PM. “And, at that time, and still, two to three dairy farms are going bankrupt every day in Wisconsin.”

At times, Trump’s campaign rallies hold a familiar tune, despite it being 2020 and Hillary Clinton isn’t on the ballot — not to mention, on the same day as Trump’s rally, Clinton was, again, exonerated of another government probe. This one, a two-year look into the Clinton Foundation and Uranium One, which found “nothing worth pursuing.”

Wikler feels Trump’s style is getting a little old for some.

“When people who are not already huge fans of his, see him talking, more and more people find it repulsive,” Wikler said. “He wanders, he attacks people, he says things that aren’t true over and over again.

“It’s kind of an insult to the intelligence of Wisconsinites that he says this kind of stuff.”

Not only did Trump hit on Clinton, he also went after former President Barack Obama for, of all things, his carbon footprint because of golf trips.

Trump has stopped at one of his golf clubs 242 times and golfed 112 rounds since becoming president, though that last number could be more, since the White House tries to conceal whether Trump is golfing. He’s on Obama’s pace for rounds of golf, according to Golf Digest.

Trump, of course, played some new hits, though some not quite that original, like calling Nancy Pelosi “Crazy Nancy” and Bernie Sanders, “Crazy Bernie.” He also went off on a tangent about the neck size of House member Adam Schiff, the chairman of the House Intelligence Committee.

“You little pencil neck,” Trump said. “He has the smallest shirt collar you can get, and it is loose.”

Wikler hopes those listening will try to look beyond the insults and name calling and see that Trump won’t come up with many truthful reasons for Wisconsin to vote for him in 2020.

“I don’t know what the most insulting lie he’ll come up with on Tuesday will be, but we’re going to make sure people don’t forget about it,” Wikler said.