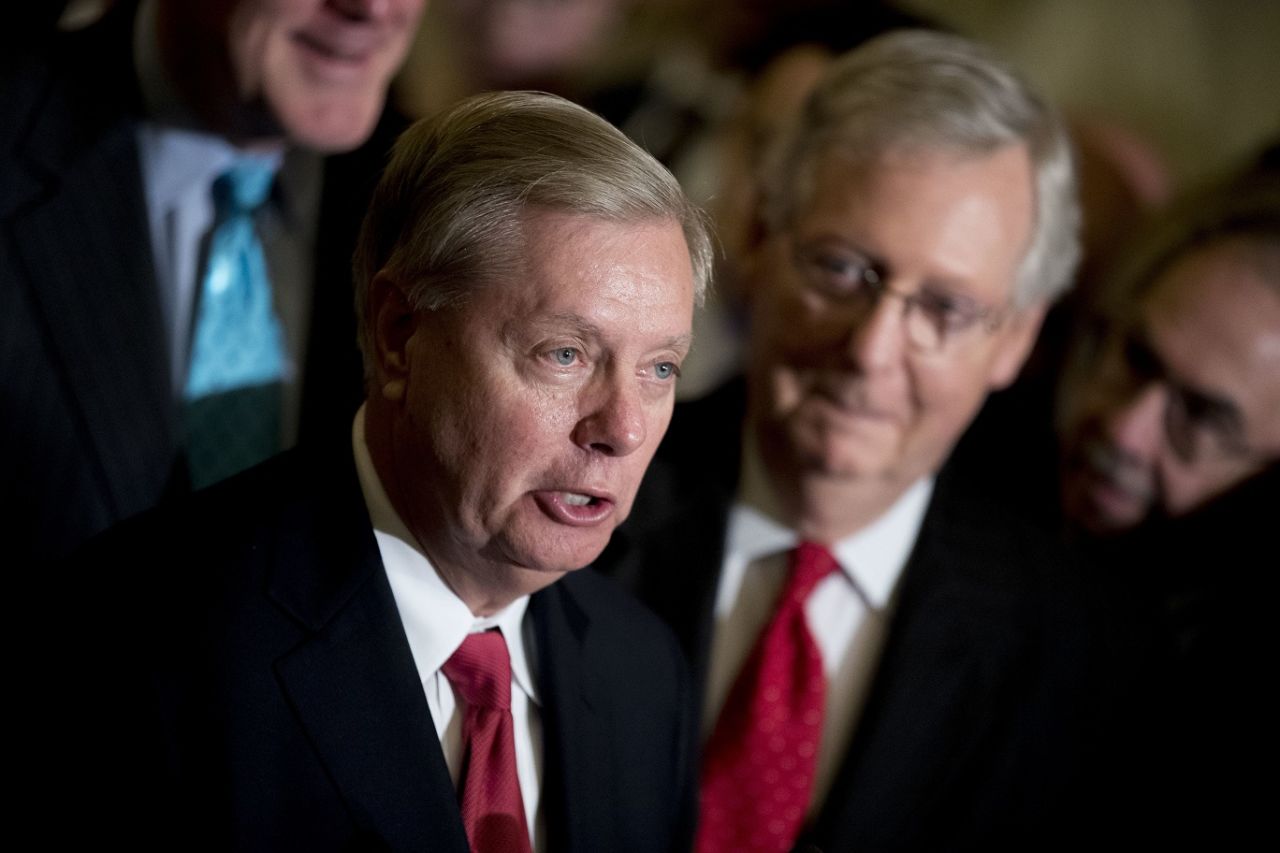 It’s almost inevitable, President Donald Trump will be impeached by the U.S. House of Representatives.

After that, a trial is conducted by the Senate but comments by top Senators already point to it not being impartial.

Before an impeachment trial in the Senate begins, “jurors” (senators) are expected to recite an oath: “I solemnly swear (or affirm) that in all things appertaining to the trial of the impeachment of President Donald John Trump, now pending, I will do impartial justice according to the Constitution and laws: So help me God.”

McConnell said he intends to take cues from the Trump White House to make plans for the Senate trial.

“Everything I do during this, I will be coordinating with White House counsel,” McConnell told Fox News Thursday night. “There will be no difference between the president’s position and our position as to how to handle this.”

Graham said he has no intention on being a “fair juror in an impeachment trial of Trump, if it gets to the Senate.

The Chairman of the Senate Judiciary Committee said Saturday his mind is made up Trump should be acquitted and said he doesn’t see the need for a formal trial in the Senate.

“I am trying to give a pretty clear signal I have made up my mind,” Graham said during an interview with CNN International at the Doha Forum in Qatar. “I’m not trying to pretend to be a fair juror here. …

“I want to end this matter quickly and move on to other things,” Graham added on CBS’s Face the Nation. “I’m not trying to hide the fact that I have disdain for the accusations in the process. So I don’t need any witnesses. I am ready to vote on the underlying articles. I don’t really need to hear a lot of witnesses.”

Graham has become the king of hypocrisy.

After his comments, a clip of him during the impeachment of President Bill Clinton made rounds on social media showing the then-representative appeal to his colleagues not to rush through the process or make a judgment before it’s over.

“I have a duty far greater than just getting to the next election,” Graham said then. “Members of the Senate have said, ‘I understand everything there is about this case, and I won’t vote to impeach the president.’ Please allow the facts to do the talking. … Don’t decide the case before the case’s end.”