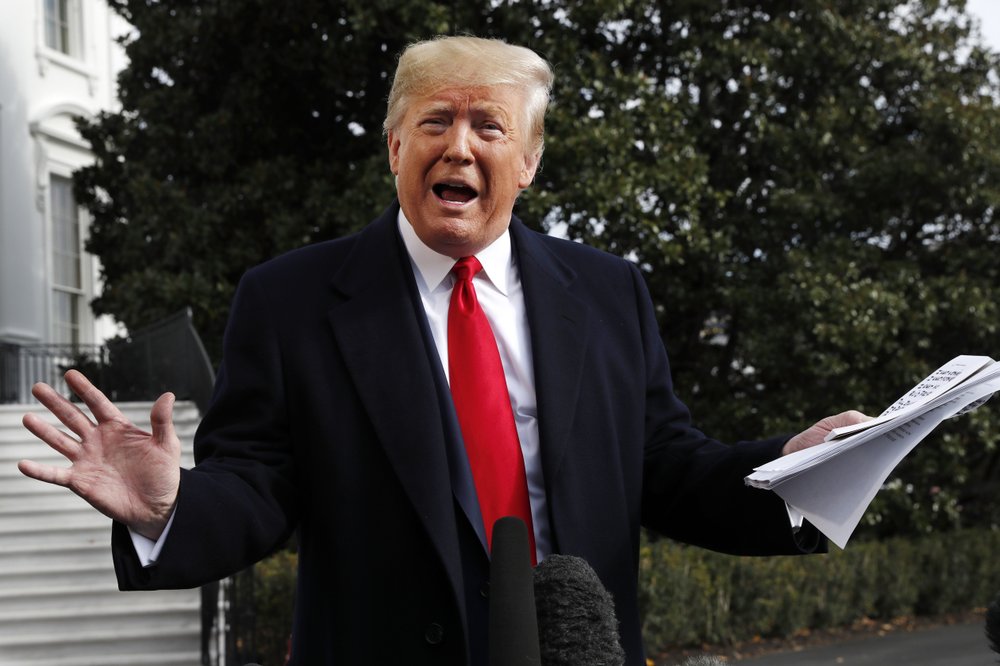 The Post, citing three people familiar with the records, said the research was conducted by the White House Counsel’s Office. Among the hundreds of documents found were email exchanges between acting chief of staff Mick Mulvaney and White House budget officials seeking to provide an explanation for the withholding of nearly $400 million in security assistance.

The Post said a person briefed on the records examination said White House lawyers are expressing concern that the review turned up some unflattering and potentially embarrassing exchanges. But it was unclear if the records posed any legal problems for Trump. The Post said the three sources it spoke to did so on the condition of anonymity to discuss internal White House deliberations.

The office of White House Counsel Pat Cipollone oversaw the records review. In early August email exchanges, Mulvaney asked Russell Vought, acting director of the Office of Management and Budget, for an update on the legal rationale for withholding the aid to Ukraine and how much longer it could be delayed.

Emails show that Vought and OMB staffers argued that withholding aid was legal while officials at the National Security Council and State Department protested. The aid was eventually released on Sept. 11.

OMB spokeswoman Rachel Semmel told the Post that routine practices and procedures were followed and “there was a legal consensus at every step of the way that money could be withheld to conduct the policy review.”

A House panel is conducting an impeachment inquiry into the president’s actions on Ukraine. Democrats say Trump’s pressure on Ukraine to investigate former Vice President Joe Biden while withholding U.S. military aid to Kyiv may be grounds for removing him from office. Republicans have argued that the witnesses who have testified so far haven’t provided firsthand knowledge of the president committing bribery. Trump and GOP leaders have labeled the inquiry an attempt to overturn the results of the 2016 presidential election.