How a jazz drummer helped get Wisconsin-based Sentry to Maui

WATCH: La Crosse native Kobe King with the steal and layup in upset win over No. 5 Ohio State

Ducks, Badgers hope to put on another thriller at Rose Bowl 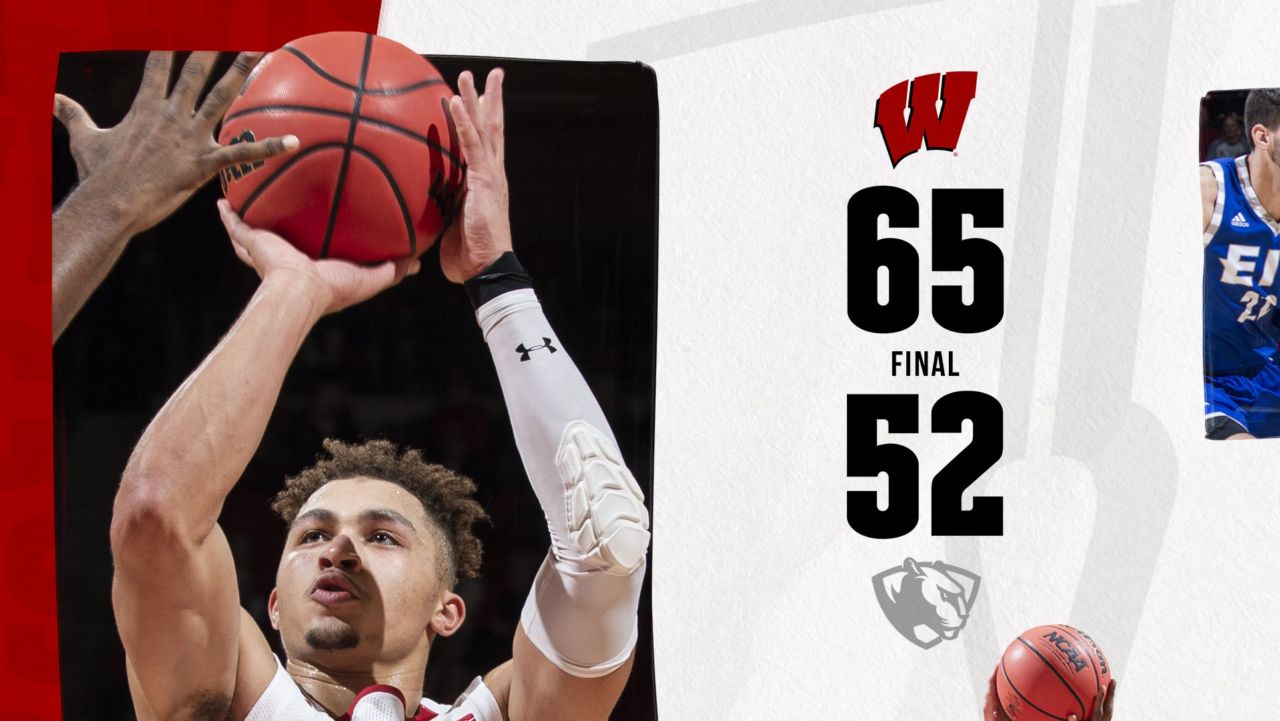 Kobe King had the highlight of the night, as the Wisconsin men’s basketball team beat Eastern Illinois 65-52 on Friday.

King used a jab step to blow by Eastern Illinois’ Dondre Duffus and dunked to give the Badgers an early 14-7 lead.

King said of the play: “Me and Coach Tucker (interim assistant Alando Tucker) were talking about. … because Coach Gard goes, ‘Two points is two points regardless,’ and Coach Tuck goes, ‘Nah, sometimes a dunk is like five points because you get the crowd into it, you’re feeling good.’ When I saw that little gap, I kind of took off. … it was pretty neat.”

King scored a game-high 18 points, going 5-for-12 from the field. The redshirt sophomore from La Crosse, added six rebounds, three steals, a block and no turnovers, while Nate Reuvers added 14 points, 14 rebounds and nine blocks for the Badgers (1-1).

It wasn’t King’s night, however. That belonged to Wisconsin assistant coach Howard Moore.

Before the game, Wisconsin had a video tribute and a moment of silence for Moore and his family. The Moore family was involved in a fatal accident in May. Moore’s wife, Jen, and 9-year-old daughter, Jaidyn, were killed, as was the driver of the vehicle that collided with the Moore family’s SUV.

“The crowd did a great job of a very warm ovation at the right times,” Wisconsin coach Greg Gard said. “It’s great to see them. It’s obviously been a. … it’s uncharted water in terms of what this group and the Moore family have been through. … I thought tonight was a nice, well-needed recognition of the Moore family and it was good to see them.”

Moore suffered serious burns and his 13-year-old son, Jerell, escaped with minor injuries. Moore had plans on returning to coaching this season. But a month after the accident, Moore was back in the hospital after being found unconscious in his home. He is on medical leave.

Moore’s parents spoke to the crowd before the game, and Jerell was introduced as an honorary member of the Badgers’ starting lineup. Jerell wore No. 34, the jersey number his father donned for Wisconsin in the 1990s.

“We’re just trying to help make his life as normal as possible,” Gard said of Jerell. “We can’t replace his mom, we can’t replace his sister, but we can try to do a lot of other things to help the kid out. I can’t imagine, at 13 years old, what that kid has gone through. It was actually Patrick Herb’s (Wisconsin athletics’ director of brand strategy) idea to make him the sixth starter. I thought that was awesome.”

The Badgers are wearing warm-up shirts this season honoring Moore. They read: Be Moore. Do Moore. 4 Moore.

DIFFERENCE AT THE CHARITY STRIPE

The Badgers dominated the Panthers inside and it showed at the free throw line. Wisconsin made 20 of 24 attempts at the stripe, while Eastern Illinois shot 3 of 8 from the line.

Wisconsin returns nearly 62% of its scoring from last season’s team that finished 23-11 overall and earned a No. 5 seed in the NCAA tournament. The Badgers look as though they will rely heavily on their defense while figuring out how to replace the production of graduated big man Ethan Happ.