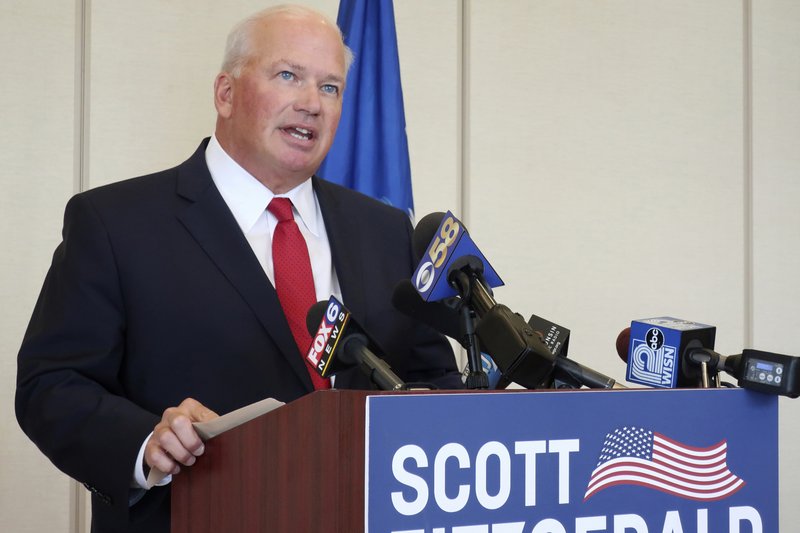 FILE - In this Sept. 17, 2017, file photo, Wisconsin Republican Senate Majority Leader Scott Fitzgerald speaks in Oconomowoc, Wis. Fitzgerald, a Republican legislative leader says attempting to impeach President Donald Trump will only bolster his support among GOP voters and ensure he will win Wisconsin. Fitzgerald said Thursday, Oct. 24, 2019 at a WisPolitics.com event that he thinks support for Trump in the state is stronger than in 2016. Trump won Wisconsin by less than a point and both sides see the state as key to his re-election hopes.(AP Photo/Scott Bauer File)

MADISON, Wis. (AP) — Senate Republicans are set to approve a constitutional amendment that would prohibit the governor from using his veto powers to increase spending.

Constitutional amendments must pass both legislative houses in consecutive sessions as well as a statewide referendum. The Senate vote Tuesday will mark the first time either house has taken a floor vote on the proposal. Approval is all but certain.

Republicans have been working to weaken Democratic Gov. Tony Evers since he won election last year. He angered Republicans in July when he used his partial veto powers to rewrite the state budget and give public schools $65 million more than GOP lawmakers had allocated.