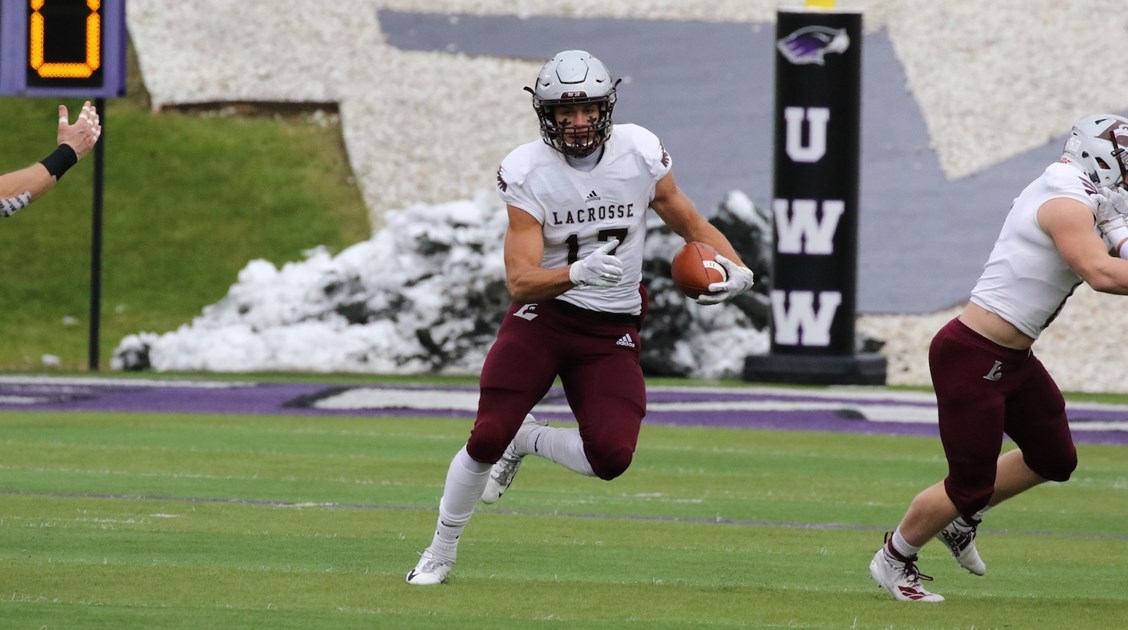 A late interception in a one-score game and a crucial turnover on downs were the difference, as the University of Wisconsin-La Crosse football team fell to third-ranked UW-Whitewater.

Up, by what turned out to be the final score of 21-17, the Warhawks intercepted UW-L quarterback Evan Lewandowski on their own 9 yard line with 4:41 left in the game and managed to run out the clock on the ensuing possession to secure the win.

Lewandowski, however, was intercepted on the next play.

After UW-W pulled within 10-7 on a six-play, 85-yard drive late in the third quarter, UW-L took over on its 20 and drove just past midfield, when it elected to go for it on fourth-and-1.

Lewandowski fumbled. It was recovered by Stutzman, who also fumbled. UW-L did manage to recover again, but it was fourth down and UW-W took over, then took the lead.

The Warhawks drove 44 yards on five plays, scoring on a 10-yard reception by Tyler Holte with 14:14 remaining in the game.

The Eagles, though, had an answer.

The drive ended with a Spieker touchdown on fourth down from the 4 yard line to retake the lead 17-14 with 9:51 remaining.

Lewandowski threw that crucial fourth-down interception after that and UW-W ran out the clock. Those last two possessions encompassed the final 8:33 of the game.