Yelich stays quiet amid reports of new contract with Brewers 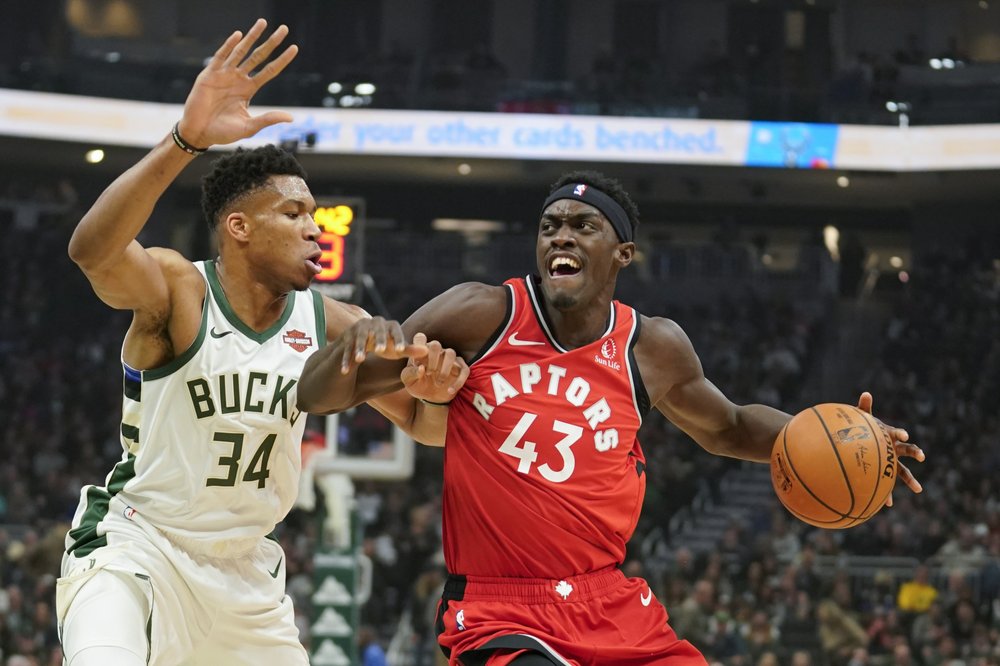 MILWAUKEE (AP) — Giannis Antetokounmpo had 36 points, 15 rebounds and eight assists to lead the Milwaukee Bucks to a 115-105 victory over the Toronto Raptors on Saturday night in the first meeting between the teams since the Eastern Conference finals.

Eric Bledsoe added 14 points and five assists, and Khris Middleton and Brook Lopez each had 11 points for the Bucks.

The Bucks had the best record in the East last season and then took a 2-0 lead over the Raptors in the conference finals, but Toronto took the next four en route to its first NBA championship.

In this rematch, Kyle Lowry scored a season-high 36 points and Pascal Siakam 16 for Toronto, which had won four of its first five this season.

The Bucks’ habit of blowing big leads nearly cost them again. They led by 19 in the first half against Boston and 21 in the third quarter over Miami, but lost them both.

The Raptors, who had trailed by as much as 26 points, pulled within four three times in the fourth quarter, the last on a 3-pointer from Fred VanVleet that made it 107-103 with 2:24 to play.

Toronto coach Nick Nurse challenged the call on Siakam’s sixth foul with 1:41 to play, but a review confirmed it and George Hill pushed the lead to six with two free throws. Antetokounmpo tacked on two more baskets and Bledsoe added one for the final margin.

Lowry’s 17 points and 12 from Siakam pulled Toronto to 95-90 heading into the fourth quarter.

The Bucks led 36-17 at the end of the first quarter and 66-50 at the half behind 17 points from Antetokounmpo and a dismal offensive showing from Toronto. The Raptors shot 13 of 41 (31.7 from the floor. Siakam, Toronto’s leading scorer averaging 28 points, had five points on 2-for-8 shooting.

Raptors: Lowry had one game out of 65 last season with 30-plus points. . Toronto shot 3 for 18 (16.7 from the floor at the end of the first quarter. . G Patrick McCaw missed the game with left knee pain.

Bucks: Outscored Toronto 14-0 in the paint and had no turnovers in the first quarter. . F Kyle Korver, 38, was back in the lineup after a scheduled game off Friday night against Orlando. . G Pat Connaughton was out with a right shoulder strain. He was injured in the game against the Magic