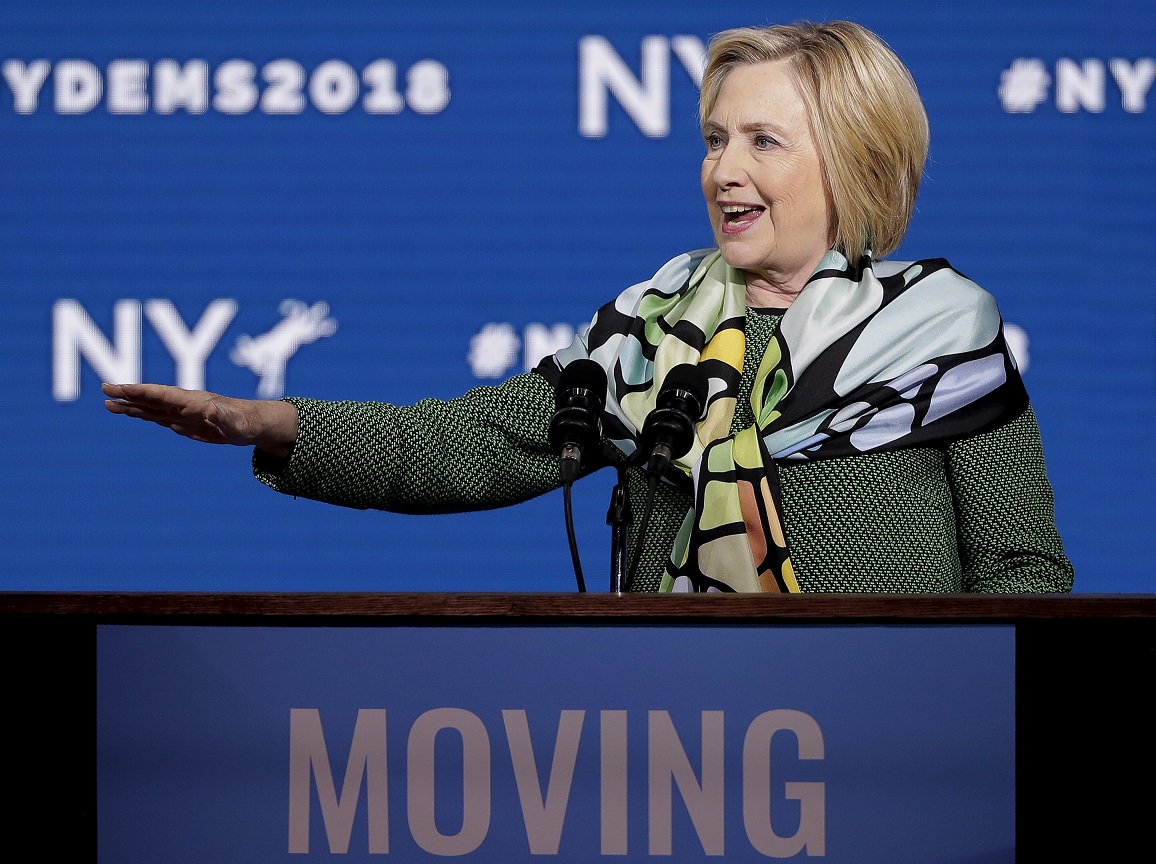 WASHINGTON (AP) — The State Department has completed its internal investigation into former Secretary of State Hillary Clinton’s use of private email.

The report, quietly released late Friday, said investigators had found “no persuasive evidence of systemic, deliberate mishandling of classified information,” but did state 38 people were “culpable” of 91 violating security procedures — none involving material that had been marked classified — in a review of the roughly 33,000 emails sent to or from the personal computer system Clinton used.

Clinton spokesman Nick Merrill said in a tweet Saturday: “For the umpteenth time the email story is put to bed w/ a clear recognition it was a pointless crusade that took away from so many other issues we should have been discussing in ’16.”

Since, multiple government officials have been accused of also using private servers. The New York Times’ report on Saturday noted, for example, “Mr. Trump’s own administration officials – including his daughter Ivanka Trump and son-in-law Jared Kushner – have admitted to using private messaging services to conduct official work. House Democrats’ impeachment inquiry has revealed that Trump administration diplomats used private phones to message each other about their efforts to pressure Ukrainian officials to investigate the president’s American political rivals, including the Bidens.”

The Clinton investigation covered 33,000 emails that Clinton turned over for review after her use of the private email account became public. The department said it found a total of 588 violations involving information then or now deemed to be classified but could not assign fault in 497 cases.

The report does not identify those who were scrutinized, but the list included ambassadors and assistant secretaries of state responsible for U.S. policy in the Middle East, Europe and Central Asia, according to the Washington Post. Few had sent emails directly to Clinton, and instead had routed them to William Burns, who served as deputy secretary of state, or Jake Sullivan, the former director of policy planning. They then relayed many of the messages to Clinton’s private email, a system she said she used mainly out of convenience, the Post added.

For current and former officials, culpability means the violations will be noted in their files and will be considered when they apply for or go to renew security clearances. For current officials, there could also be some kind of disciplinary action. But it was not immediately clear what that would be.

The report concluded “that the use of a private email system to conduct official business added an increased degree of risk of compromise as a private system lacks the network monitoring and intrusion detection capabilities of State Department networks.”

The department began the review in 2016 after declaring 22 emails from Clinton’s private server to be “top secret.” Clinton was then running for president against Donald Trump, and Trump made the server a major focus of his campaign.

Then-FBI Director James Comey held a news conference that year in which he criticized Clinton as “extremely careless” in her use of the private email server as secretary of state but said the FBI would not recommend charges.

The Justice Department’s inspector general said FBI specialists did not find evidence that the server had been hacked, with one forensics agent saying he felt “fairly confident that there wasn’t an intrusion.”

Chuck Grassley started investigating Clinton’s email server in 2017, when he was chairman of the Senate Judiciary Committee. The Iowa Republican has been critical of Clinton’s handling of classified information and urged administrative sanctions.