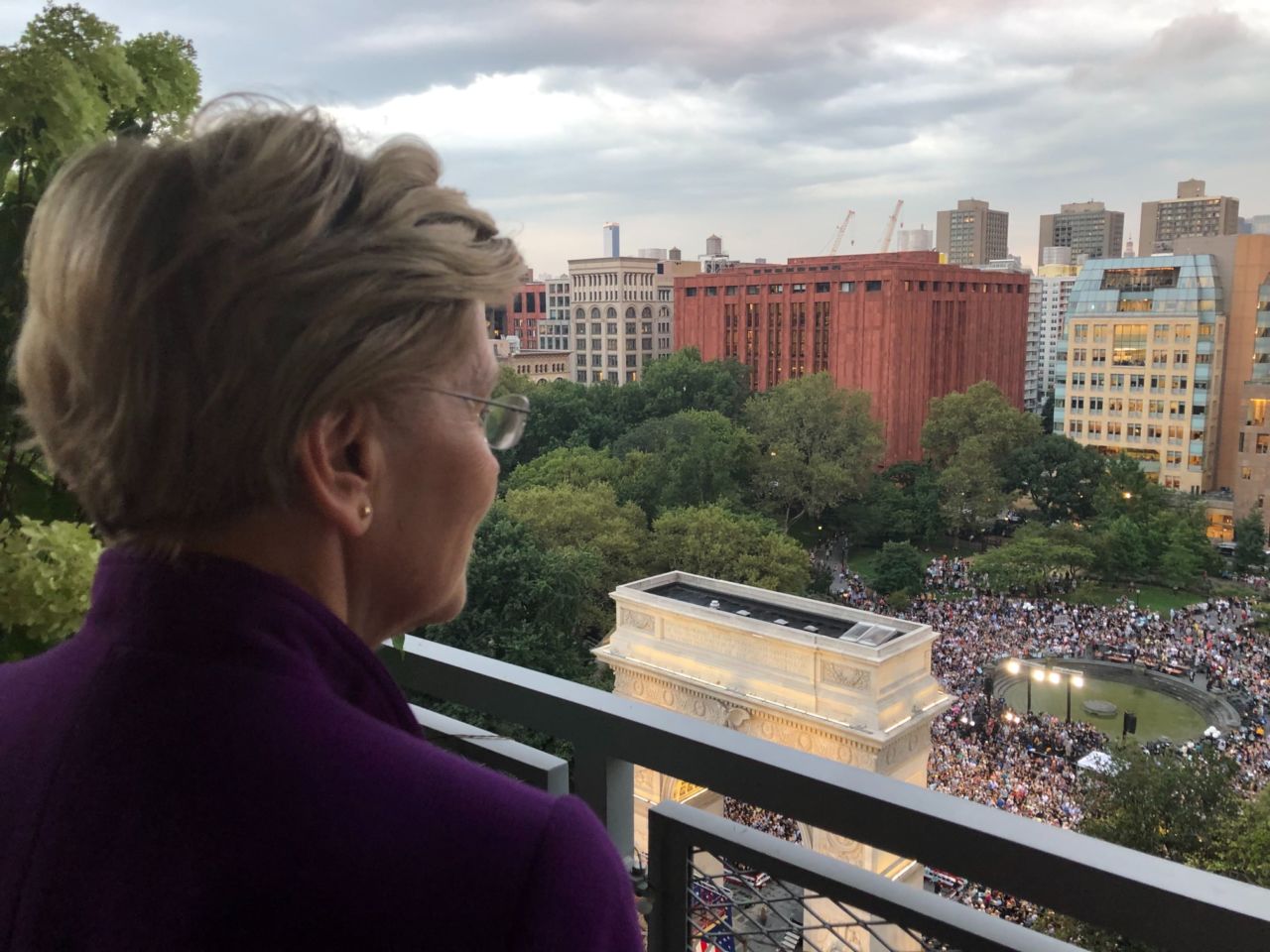 WASHINGTON (AP) — Facebook’s CEO said his company is ready to “go to the mat” to stop Elizabeth Warren from breaking up tech giants. Amazon accused her of getting facts wrong. And some Democratic donors with ties to Wall Street have quietly said they’ll sit out the election or vote for President Donald Trump if Warren wins her party’s presidential nomination.

On the surface, none of this would seem encouraging for Warren. But the Massachusetts senator and her allies are relishing her growing number of high-profile corporate enemies, betting their disdain will reinforce her image as an anti-corruption crusader.

“Many of the people who will be voting for a president who will break up Amazon and Facebook are users of Amazon and Facebook (and) don’t like having their privacy abused or their prices jacked up,” said Adam Green, co-founder of the Progressive Change Campaign Committee and a top Warren backer. “Elizabeth Warren is able to really make that case.”

Warren, along with her chief liberal rival, Bernie Sanders, is testing how far Democratic voters are willing to go in taking on some of the nation’s wealthiest citizens and most powerful companies. They argue that the concentration of profits on Wall Street and in Silicon Valley have hurt the middle class, so introducing a wealth tax and curbing the power of mammoth companies will improve the well-being of everyday Americans. But that’s a risky strategy at a time when the country faces economic headwinds and searing political divides.

Facebook and Amazon occupy a rarified space in American life with millions of people using their services every day. The companies have come under criticism from both liberals and President Donald Trump for having outsized influence on the control of information and products.

While technology and financial companies have become easy political targets, Warren’s views are under growing scrutiny as she emerges near the top of the Democratic pack. She’s surpassed Sanders in many polls and is in a close race for first with former Vice President Joe Biden.

As she rises, some business leaders are expressing alarm. Facebook chief Mark Zuckerberg was heard in leaked audio published this week by The Verge saying of Warren, “If someone’s going to try to threaten something that existential, you go to the mat and you fight.”

“And does that still suck for us? Yeah,” Zuckerberg said in the audio, recorded during a Facebook employee town hall in July.

Warren tweeted a response: “What would really ‘suck’ is if we don’t fix a corrupt system that lets giant companies like Facebook engage in illegal anticompetitive practices, stomp on consumer privacy rights, and repeatedly fumble their responsibility to protect our democracy.”

The exchange was typical: Warren targeting top firms, believing such skirmishes bolster her political brand _ even if some of the companies she decries are popular.

In April, when Amazon tweeted objections to Warren’s complaints that it collected information “on every buyer or seller,” Warren fired back, “Here are the facts,” and linked to news coverage she said showed the company doing just that.

Warren spent years calling on Wells Fargo President and CEO Tim Sloan to step down after word emerged in 2016 that the bank had been falsifying bank accounts. Sloan long brushed off those calls but quit in March _ prompting Warren to tweet “about damn time.”

Similarly, when CNBC published a story last week saying Democratic donors on Wall Street and with ties to big businesses might boycott the election, or vote to reelect the president, if Warren is the party’s nominee, she linked to the story under the tweet: “I’m not afraid of anonymous quotes, and wealthy donors don’t get to buy this process.”

Warren kept up the offensive this week, announcing a proposal that would impose taxes on firms and organizations that spend at least $500,000 annually on lobbying some 35% of those expenditures _ with those levies increasing up to 75% of expenditures for entities spending $5 million-plus per year.

She’s hardly the only Democrat decrying tech and financial firms. California Sen. Kamala Harris this week called on Twitter CEO Jack Dorsey to suspend Trump’s account, arguing that his references to violence are counter to the platform’s terms of service. And Sanders, the Vermont senator, is a democratic socialist who frequently calls for a political revolution.

Warren has taken different stances than Harris and Sanders. She said Wednesday that Trump shouldn’t be banned from tweeting. And she says she’s a capitalist who wants to work within the system to reform it _ not tear it down.

The question is whether voters will recognize such subtle distinctions.

“In the general election, the same people who kind of are not thrilled with Elizabeth Warren, this will not make them any more thrilled with her,” said Tim Groeling, a UCLA communication studies professor whose research focuses on political communication and new media. “But the moderates aren’t going to be voting in the primary.”

Democrats have been burned by feuding with big business in the past.

While campaigning for reelection in 2012, President Barack Obama said in a speech, “If you’ve got a business _ you didn’t build that.” He was trying to channel Warren, who was then running for Senate, and noted that anyone building a factory benefited from public services that were collectively financed through taxes, including policing, roads and workers who were educated in public schools.

Obama’s opponent, Republican Mitt Romney, seized on the idea in campaign ads, leading Obama to respond with a spot of his own, declaring: “Those ads taking my words about small business out of context — they’re flat-out wrong.”

The bigger challenge may be proving that the middle class would automatically benefit if Warren succeeded in whittling down big tech.

Calculating the impact on the economy would involve “billions of people, not to mention the political, sociological and legal issues, all of which combined are beyond human understanding,” said Thibaut Schrepel, a faculty associate specializing in antitrust issues at Harvard University’s Berkman Center. “So, as a whole, nobody knows.”