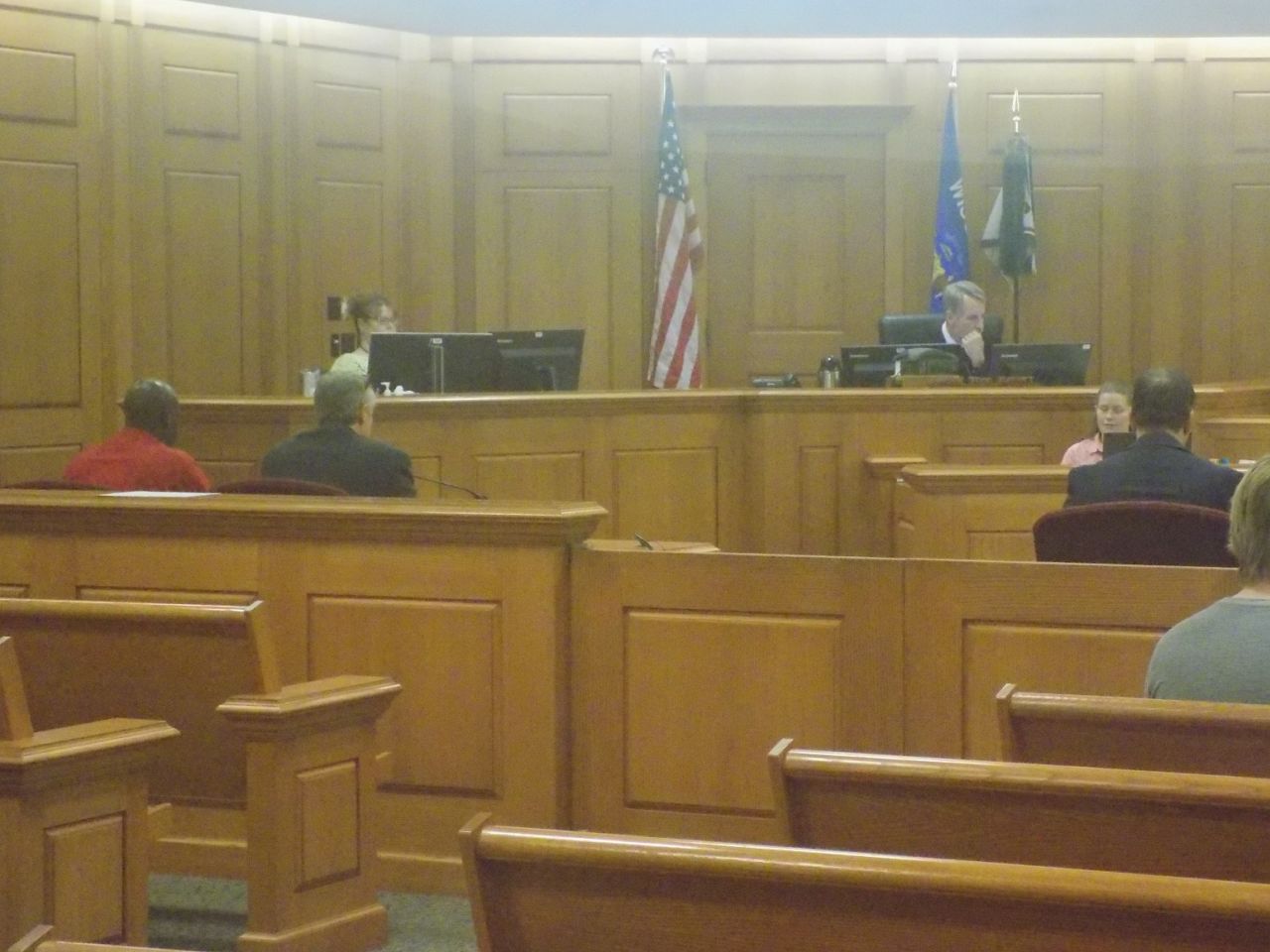 Lenccardo Thompson, left, sits with his attorney at his sentencing on Tuesday before Judge Todd Bjerke

A sexual assault suspect in La Crosse may have expected he would get just a year on probation, if he reached a plea agreement.

But Lenccardo Thompson apparently jeopardized his own agreement by making social media threats to the victim in his most recent case.

Judge Todd Bjerke orders Thompson to spend five years on probation for burglary, and will keep him in the sex offender registry for life.

The sexual assault charge was dismissed as part of the plea.

Bjerke had planned to give Thompson one year on probation, but said Facebook postings in the last few days changed his mind about Thompson’s future.

‘Up until I saw that, and I actually heard from you today, I thought you were doing well. But here you sit today, sort of taking responsibility, but still victim-blaming,’ said Bjerke.,

In court Tuesday, Thompson seemed to blame the victim and her friends for inviting him to a party in 2017, when he was on probation for another crime and wasn’t supposed to drink.

He allegedly broke into the victim’s bedroom after the party and assaulted her, and the woman says she feels ‘let down’ by the court system for letting her attacker avoid a trial, and avoid prison.

Thompson tells a La Crosse judge that he wants to continue with school and get a job.