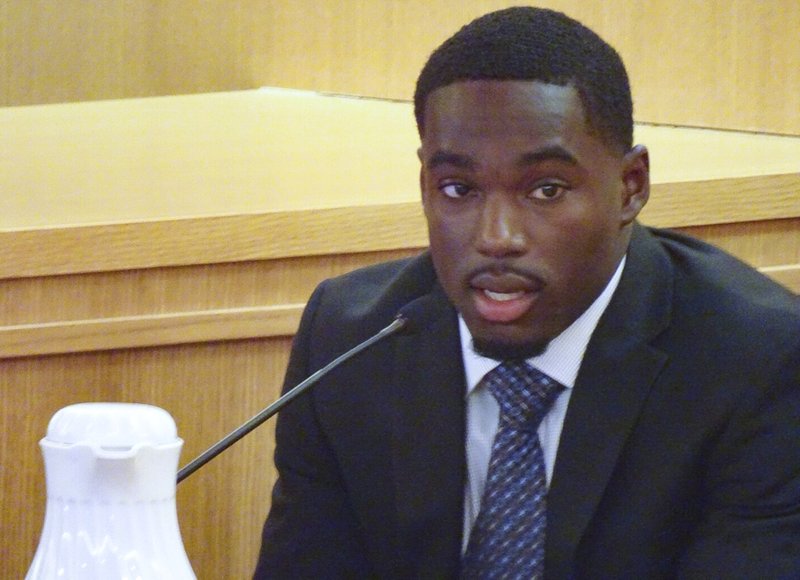 In this Aug. 2, 2019, file photo, former Wisconsin football player Quintez Cephus testifies during his trial in Madison, Wis. Cephus says going back to school is his top priority after a jury found him not guilty last week of sexual assault charges. The wide receiver tells the Milwaukee Journal Sentinel in a story published Tuesday, Aug. 6 that he doesn't know if he will return to the University of Wisconsin or another college. (Ed Treleven/Wisconsin State Journal via AP, File)

MADISON, Wis. (AP) — Former Wisconsin Badgers football player Quintez Cephus has filed a petition to be readmitted to the University of Wisconsin-Madison after he was found not guilty of sexually assaulting two female students.

The Wisconsin State Journal reports Wednesday that Cephus directed his attorneys on Tuesday to file the petition. They are asking for a response by Thursday.

UW-Madison Chancellor Rebecca Blank will decide whether to readmit Cephus in consultation with the school’s Title IX coordinator.

The 21-year-old Cephus was found not guilty Friday of second- and third-degree sexual assault. He told the Milwaukee Journal Sentinel on Monday that he wants to play football again.

Cephus was suspended from the Badgers and later expelled from school after being charged.