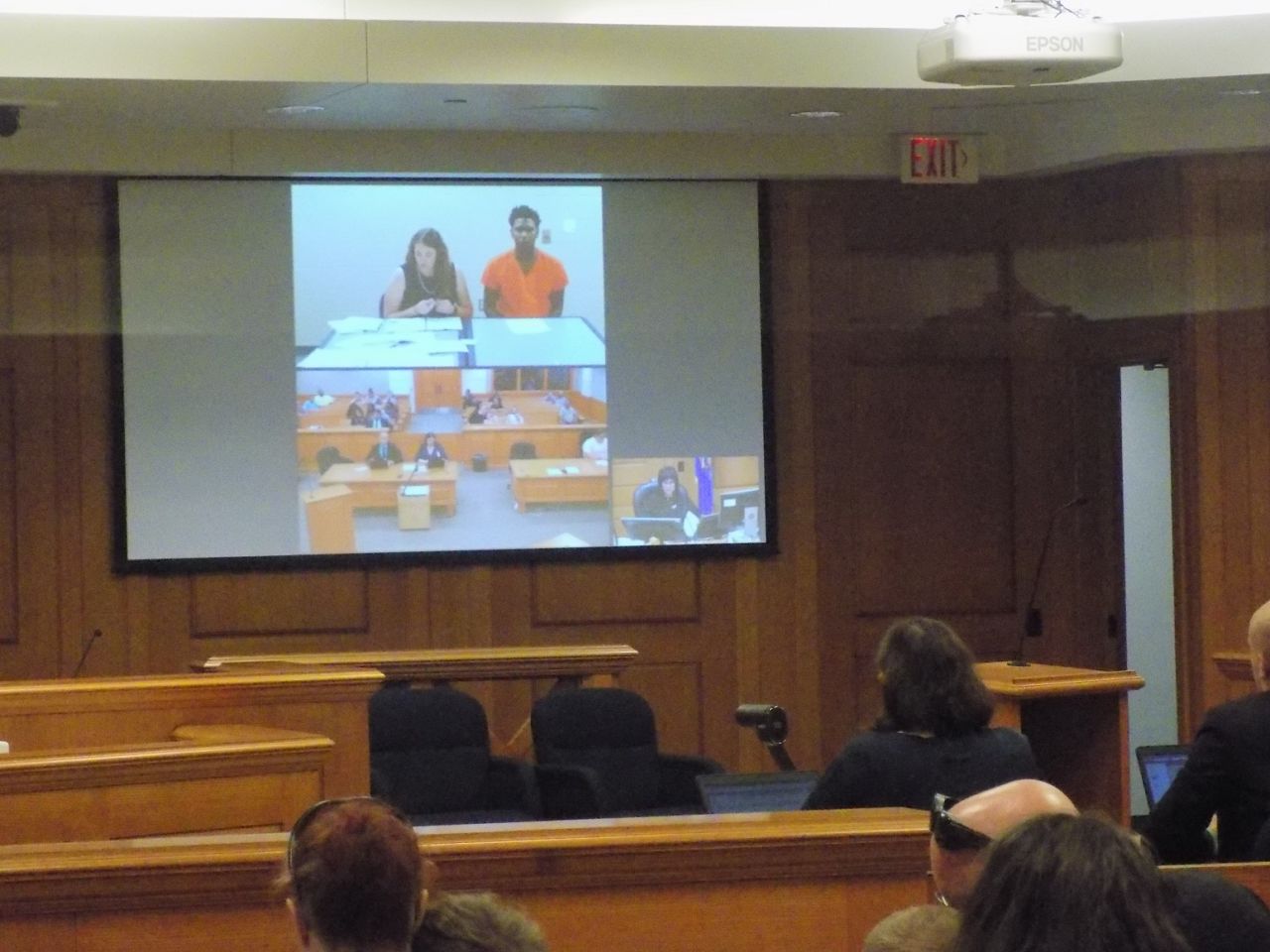 The defendant and attorney appear via teleconference, while the district attorney and judge are in the courtroom.

“It’s just a trial right now,” Wolfe said. “We’ll probably do it in a couple of months, when Judge Gonzalez has intake court again. We want to see if the other judges buy in.”

Gonzalez’s reasoning includes preventing inmates from being paraded into court, which can cause them further embarrassment. Also, it could pose a security risk.

Wolf agrees with the latter reason.

“It causes issues for our staff with a number of inmates in court,” Wolf said. “You put them in the same court with angry victims and family members all present.”

The ratio without doing teleconference appearances is about eight inmates for five officers.

The new tactic, however, has drawn some complaints, particularly with defense attorneys, who want more time with their clients, and want them to see their families in court.

So far, there is only one courtroom where the technology works.