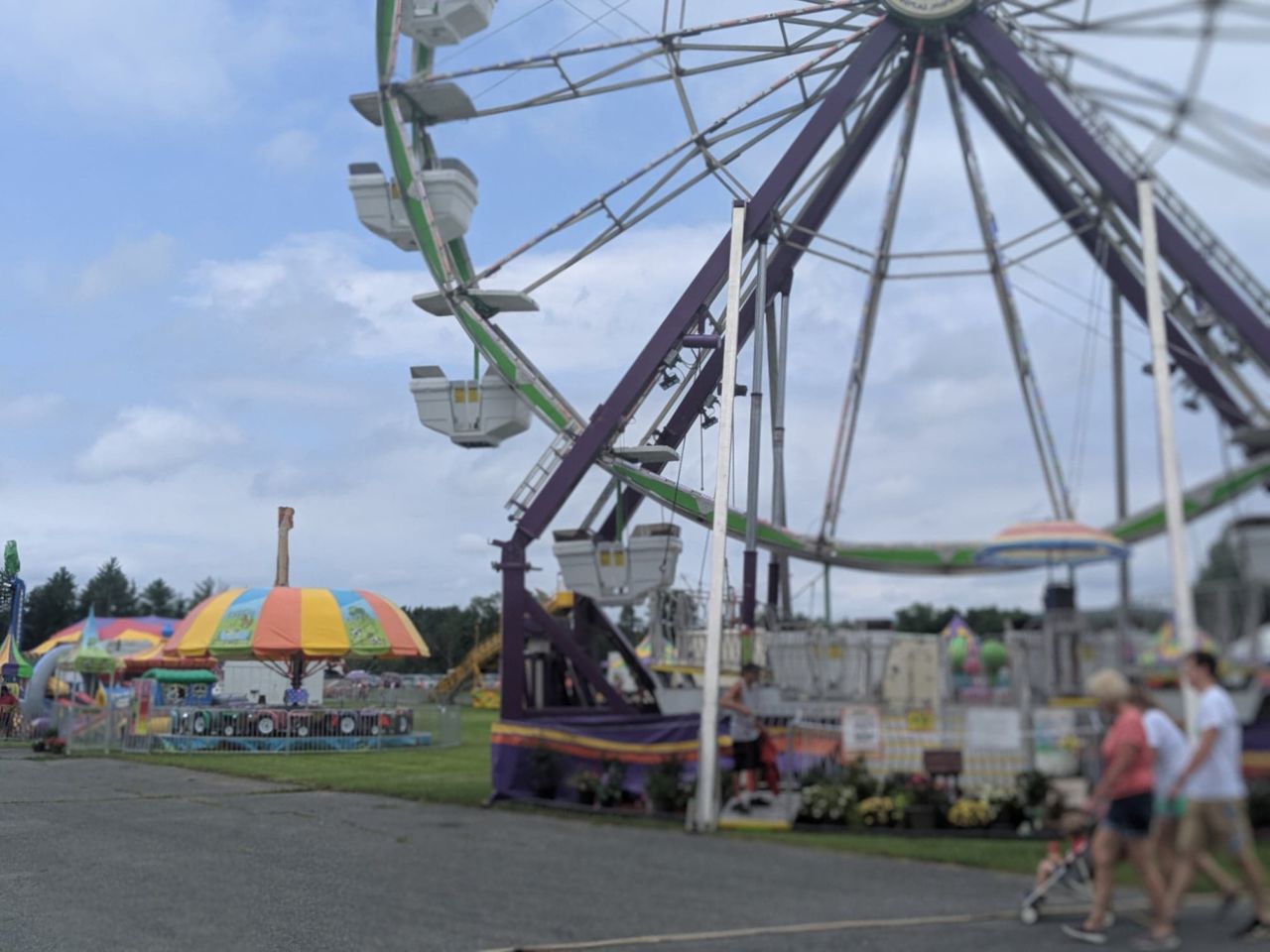 “If the parking lot is full and you can’t see pavement on the midway, we know it is a good day,” Marla Stello, fair organizer, said. “We average estimate about 20,000 for the duration of the fair.”

Stello said the exact numbers are hard to predict because, unlike many other fairs, they do not charge for parking or admission.

Stello said the push to have a free fair came from their desire to provide an entertaining and educational experience for families. With a declining population of people involved in agriculture, local fairs are a way to reconnect with food, fuel and fiber production.

“It’s pretty important because some youth and young individuals haven’t even seen what a live animal looks like,” Stello said. “They see pictures of it in books. To see it alive and to touch their face, and see the animal up close is pretty priceless.”

Jayda Leis, 10, of West Salem takes the education into her own hands. Her father works on a dairy farm where she learned to enjoy the cows. Leis said she talks with fairgoers, who come into the barn, about the care her cattle receive.

“I try to tell and teach people if they don’t know much about dairy so that if they get dairy they can treat their cows how they have to be treated,” Leis said.

The fair had more than 620 exhibitor entries from livestock animals to food and art, an increase from the previous year. About 75 percent of those entries are junior exhibitors.

Stello says they did see a drop in dairy exhibitors, but other livestock entries like beef and swine are up.

Sascha Doll went to a farm camp on Rainbow Bridge Farm near La Crosse where she fell in love with the idea of showing goats.

“Some goats you have a special bond with, like the goat I had earlier, she just comes when called,” Doll said. “She knows me. They are just special.”

Likewise, Ashley Murphy was inspired to show after visiting her aunt’s farm. Murphy is a city girl raised in Virginia, but she comes to Wisconsin every summer for the fair.

“I was like, ‘Woah, I’m really interested in all of these goats,’” Murphy said. “The next summer, I came to the county fair, but I was too young to show. The next year, I was able to show and I just started showing goats.”

Odenbach is a 4-H member who lives in town. While chickens aren’t typically allowed in city limits residents can have them for 4-H projects. This is now Odenbach’s second year showing poultry at the fair.

“It’s been pretty great,” Odenbach said. “It is nice having something different. I feel like it would be better if a lot more people could enjoy it, but it has been a fun experience.”