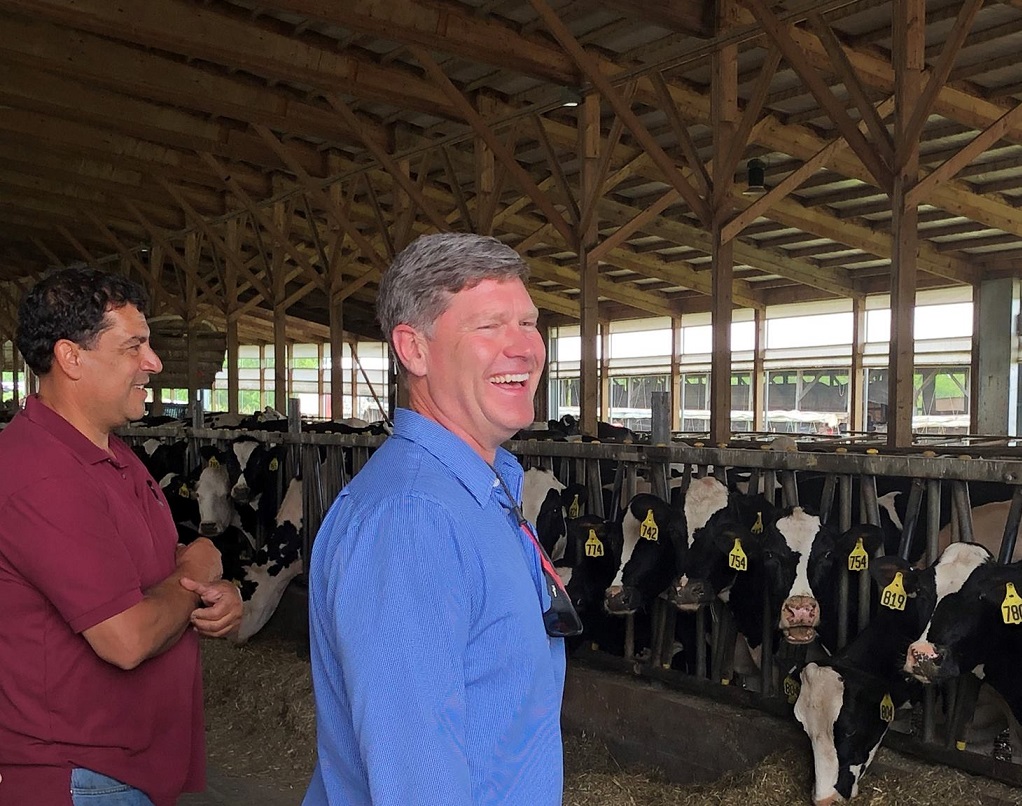 The act provides a 30-percent tax credit for farms that invest in bio-digester technology.

Bio-digesters can convert animal waste into energy, fertilizer and animal bedding. Kind said it is a sustainable way to manage manure waste on farms.

“This is a win-win,” Kind said. “It is a win for them [farmers] to make it cheaper for them to put these biogas manure digesters in place, but it is also a win for our state and local communities, so they can better protect quality water supply that we all cherish and we all know we need.”

Kind specifically mentioned this as a method to avoid phosphorus and nitrate problems in Wisconsin waterways, as it can prevent manure from seeping into groundwater or leeching into rivers, lakes and streams.

The act puts bio-digesters on the same playing field as solar and wind power development when it comes to a tax credit.

Kind said with advanced technology, farms of all types and sizes can install the digesters.

“Given the tight times,” Kind said, “our farmers are going through right now with low commodity prices in the last few years, having a 30-percent production tax credit could be the difference between them moving forward to put a system like this in place or not and having to deal with the manure management problems that come from that.”

The congressman believed the enhanced federal tax credit will be an incentive for energy companies and cooperatives to partner with dairy farms.

Kind said Dairyland Power has partnered with a variety of farmers to set up these manure digesters in the past.

“I think this enhanced federal tax credit will be enough to spur it forward, and the technology is getting much better, so it doesn’t require a 500 or 1,000-head operation,” Kind said. “It could be 100 or 150 head of dairy cows in order to produce this methane digester.”

Kind added that there are also cases were co-ops have pooled farms together to share a manure digester, but that leads to potential transportation issues for hauling.

Additionally, food manufacturers could also use the digesters to convert their waste into energy, rather than adding it to landfills.

Kind pointed to Del Monte Foods as being a company that has used this system and noted bean operators have also utilized digesters.

“I think we are limited by the size of our imagination here with just how we can utilize this and build these systems out,” Kind said.

Kind hopes to build support for this bipartisan proposal and see it passed later this year.

The bill is being co-sponsored by Representative Tom Reed (R-New York).