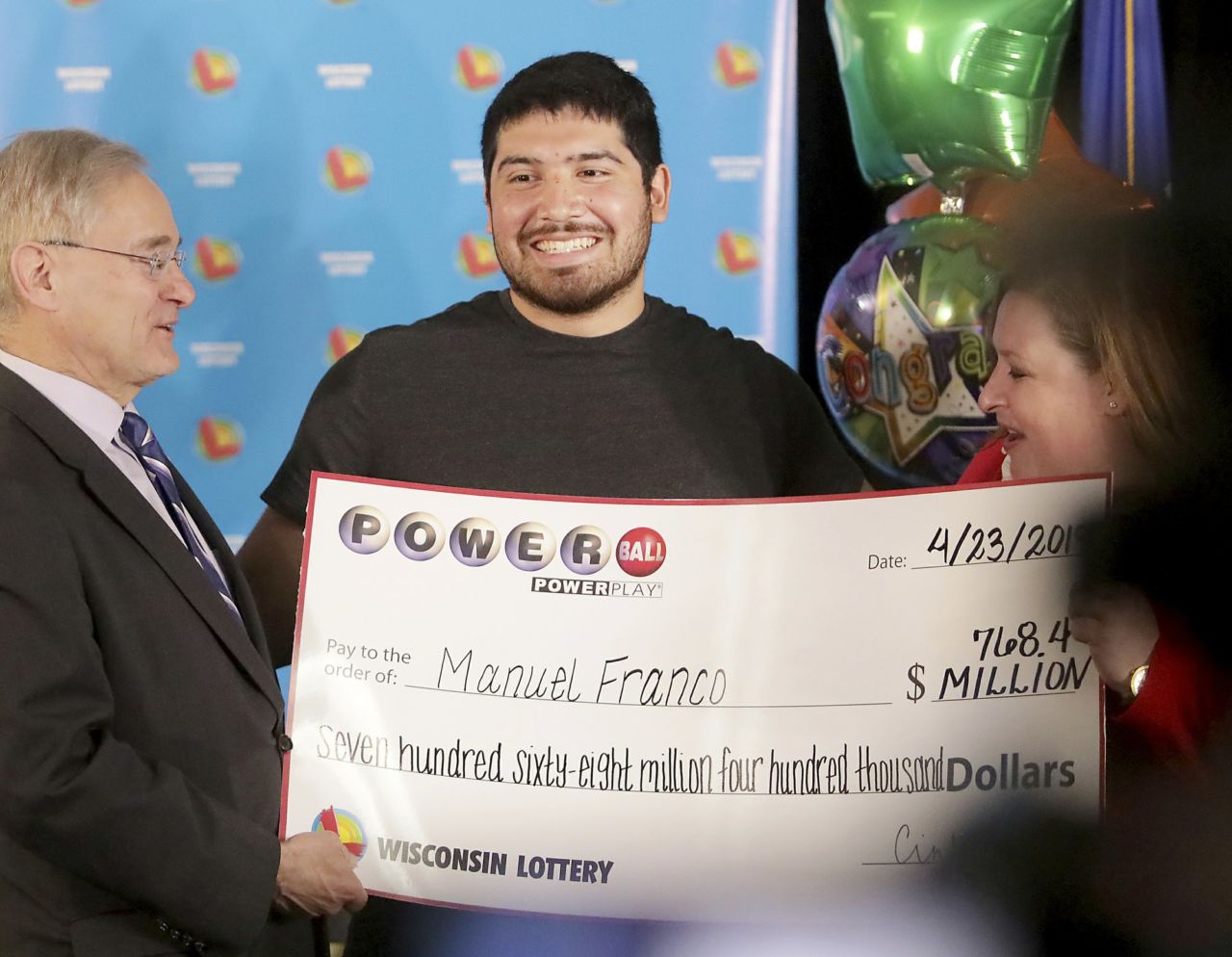 FILE - Manuel Franco of West Allis, Wis., winner of second-highest Powerball lottery in history, attends a news conference at the Wisconsin Department of Revenue in Madison, Wis., on Tuesday, April 23, 2019. At right is Peter Barca, state secretary of revenue, and at right is Cindy Polzin, state lottery director. Franco claimed the cash option payout of the prize, totaling approximately $477 million before taxes. The overall jackpot of the prize, drawn March 22, was $768,400. (John Hart/Wisconsin State Journal via AP)

MADISON, Wis. (AP) — Republican legislators worked Wednesday to persuade their colleagues to support a bill that would keep lottery winners’ names secret, saying the measure would protect winners from harassment.

Assembly Speaker Robin Vos introduced the bill in April on the same day that 24-year-old Manuel Franco of West Allis came forward to claim a $768 million Powerball prize. Franco said during a news conference that he started feeling paranoid as soon as he realized he had won but he didn’t offer any specific incidents that made him feel that way.

The Assembly Committee on State Affairs held a public hearing on the bill Wednesday afternoon. Vos did not appear in person but submitted written remarks saying Franco was forced to expose his identity, which was publicized across the country via the news conference.

Vos said the attention has led to “months of harassment that have forced the now multimillionaire to go ‘off the grid.‘” The remarks didn’t offer any examples of harassment Franco has endured. Vos’ spokeswoman, Kit Beyer, didn’t immediately respond to an email seeking anecdotes.

Franco’s attorney, Andrew Stoltmann, submitted remarks to the committee saying that it’s time Wisconsin “gets out of the Stone Age when it comes to privacy of lottery winners.”

“By publishing their names the state of Wisconsin makes them a target for both legitimate and illegitimate financial professionals across the world,” Stoltmann wrote.

His remarks didn’t mention any examples of harassment directed at Franco, either. He said in a brief telephone interview following the hearing that every one of the 10 lottery winners he has represented, including Franco, has been harassed. He declined to offer examples of incidents, however.

She said releasing winners’ names helps prevent people from claiming prizes with stolen tickets. She cited the case of Eddie Tipton, a former Multi-State Lottery Association information security director who admitted in 2017 to manipulating software so he could predict winning numbers on certain days of the year.

Tipton, his brother and a friend fixed jackpots that paid $2.61 million to them and their associates in four states. Polzin said investigators wouldn’t have been able to put the case against Tipton together if they hadn’t learned his brother and friend’s names after they won.

She said Wisconsin winners aren’t required to hold news conferences and Stoltman requested one for Franco. The lottery has no data on harassment, she said, but acknowledged winners could be targeted, especially by the media.

Committee member Tod Ohnstad, a Kenosha Democrat, commented that keeping lottery winners’ name secret raises questions in people’s minds whether or not the games can be trusted.

The bill isn’t the first time Vos has tried to scale back Wisconsin’s open records law. He spearheaded an effort to include language in the 2015-17 state budget that would have blocked public access to nearly all records created by state and local government officials. The proposal created such a backlash that Vos and other Republican leaders ultimately dropped the provision from the spending plan.