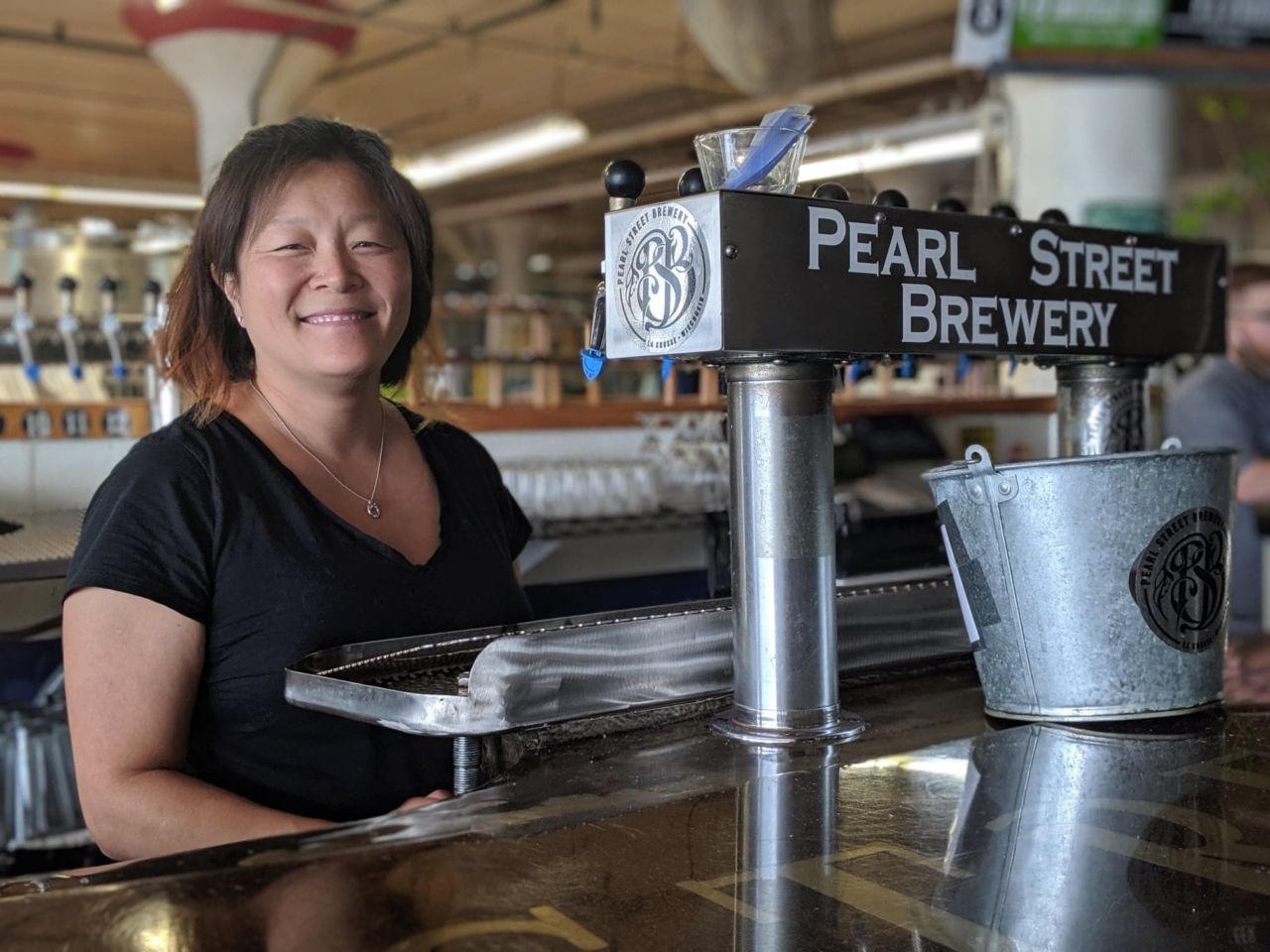 “She just didn’t know that it didn’t really go well for her,” Pearl Street Brewery Owner Tami Plourde said. “She just hoisted it up there very proud, so you see me pour a beer really quickly and swap it out of her hand, but the damage was done.”

Photos and videos went viral, and many joked the story cost Clinton the election. Plourde said it is all for fun. The brewery received some backlash after re-posting the photo with Clinton in their invitation. Plourde said while they think it is important for people to have their political beliefs, the brewery does not support one party or candidate over another. The opportunity is open for all.

“It is important to distinguish that because I think people get so fired up like, ‘oh, there’s Hillary. I’m never going to drink your (beer) again!’ It hurts,” Plourde said. “That is not our intention at all. We are not trying to sway anything one way or another.”

Plourde said the publicity did not directly impact their business but added tapping into Wisconsin’s culture is an opportunity for candidates to connect with the people they may represent.

“People in Wisconsin love their beer,” Plourde said. “They love their cheese. They love a lot of things and they are very passionate, and so they will show up for it. I think it is a place where they can roll up their sleeves, unbutton their collars little bit and speak to their audience in a more open and honest way.”

Plourde said no one has accepted their offer yet, but the election season is still young. She recommended practicing before pouring.