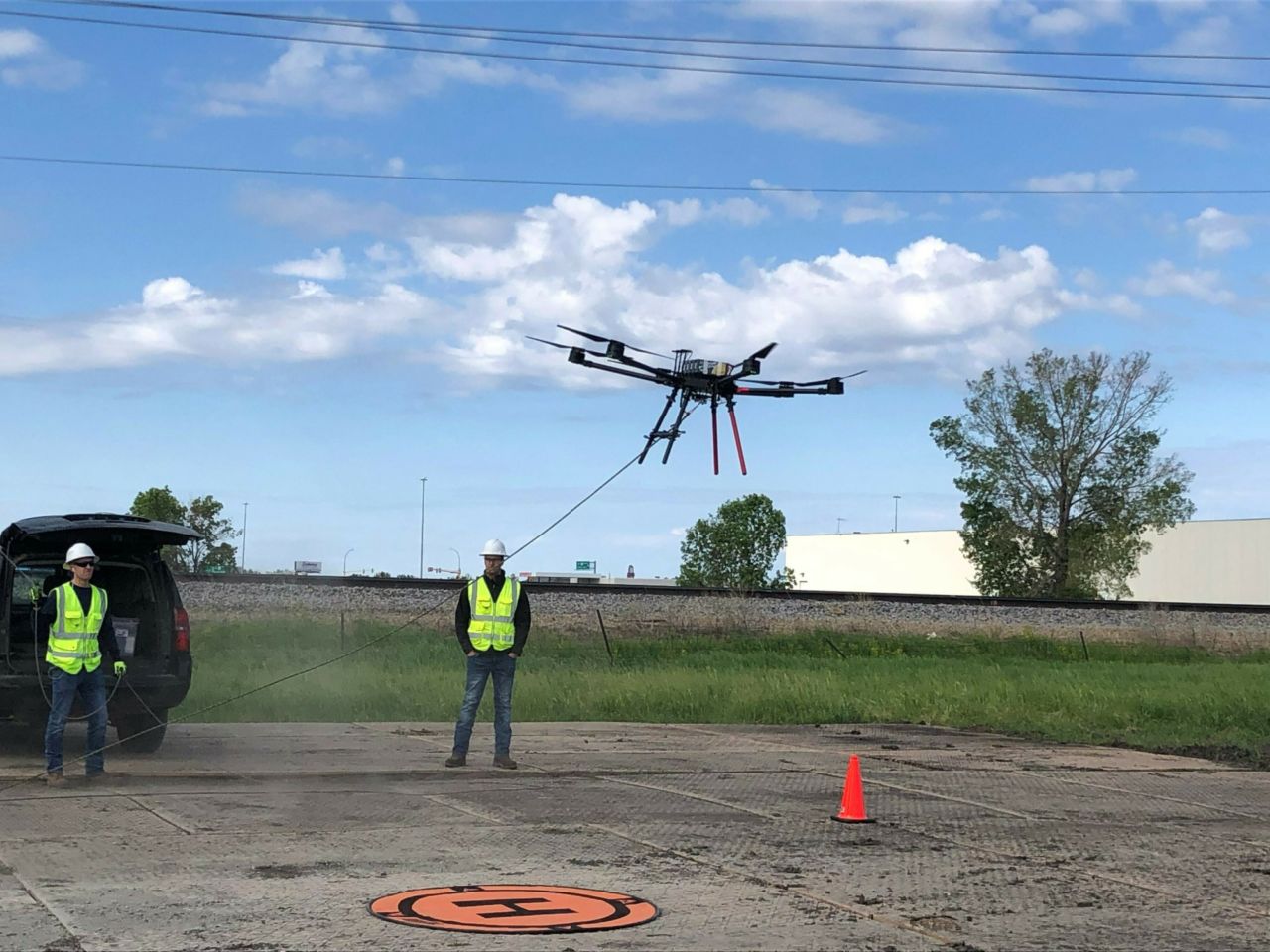 FARGO, N.D. (AP) — A Minnesota utility that that paved the way by using drones to inspect transmission lines is now using them to build one.

A machine owned and operated by North Dakota-based SkySkopes installed wires Wednesday on six power poles that are part of a 5-mile (8.05-kilometer) Xcel Energy line in the Fargo area. Xcel and SkySkopes officials say drones will save time and money while increasing safety and reducing the environmental impact from heavy equipment that can tear up land.

“Safety is what we’re after,” said Cory Vinger, COO of SkySkopes, which has done similar projects around the country. “There are just so many different things we’re trying to do as a company to be good stewards.”

Xcel provides energy to customers in Colorado, Michigan, Minnesota, New Mexico, North Dakota, South Dakota, Texas, and Wisconsin. It was the first utility in the country to receive Federal Aviation Administration approval to fly drones beyond line of sight of the pilot for inspections.

“I am proud of the role we are taking in helping to develop this new technology,” said Mark Nisbet, principal manager for Xcel Energy. “Innovation is improving the safety of our employees and helping us to hold our prices down.”

Stringing the lines involves a multi-step process where the drone pulls a specialized rope through a pulley that is then attached to wires that will transmit electricity. It took about 20 minutes for pilot Erik Nelson to perform the task on Wednesday, despite windy conditions that shook the lines and the pulleys.

“We’re probably not as fast as a helicopter, but we’re saving money and improving safety.” Vinger said. “You’re taking the pilot out of the equation. A drone is replaceable. A life is not.”

A helicopter crash in upstate New York in October while workers were installing power lines killed two people. Remarkably, two people died in the fiery crash where the helicopter became tangled in the wires before falling about 40 feet to the ground.

Nisbet called the drone demonstration on Wednesday “an exciting day for me and the state” that will give the company a better idea on how soon they’ll increase the use of unmanned aircraft on stringing lines.

“It was a little bit of challenge with the wind,” Nesbit said. “Some of the dollies had spun 90 degrees, which I’m told would have been impossible for helicopters to adapt to. But because of the flexibility of the drones, they were able to re-spin those dollies so they were headed in the right direction.”

“There are a lot of traditional means of building things, of delivering things, of transporting things that are going to be improved upon — but not replaced — by unmanned aircraft,” he said.