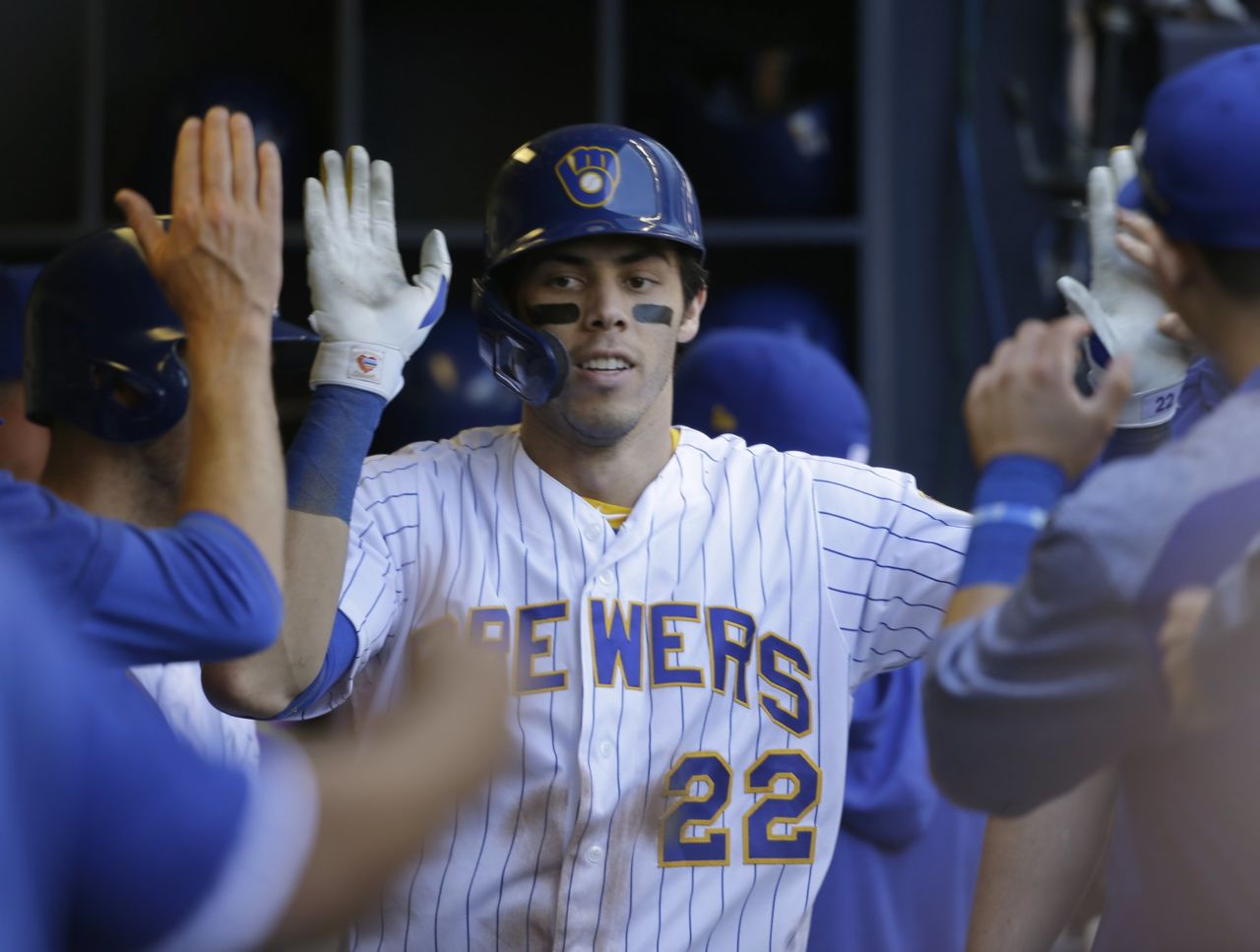 MILWAUKEE (AP) — Brandon Woodruff was one pitch away from perfection over eight innings, and he didn’t exactly regret the one that went awry.

Woodruff allowed a solo homer but was otherwise perfect before being lifted, Christian Yelich hit his major league-leading 21st home run and the Milwaukee Brewers went deep five times in a 9-1 victory over the Philadelphia Phillies on Sunday.

Woodruff (7-1) retired his first 15 batters before Andrew Knapp opened the sixth with his first homer on a low changeup.

“He did a good job on it,” Woodruff said. “Maybe I could have went with a different pitch, a different selection. But I went in and asked where the pitch was, if it was down, and they said it was down. So, he did a really good job with it. Going back, you always can say you (wish you could) take it back, but at that moment I was convicted with throwing a changeup. So, you just tip your cap.”

Woodruff struck out a career-high 10, fanning the final batter in each of his innings. Woodruff has won 6 of 8 starts since his only loss on April 10. He also pitched a career-high eight innings in his previous start against Atlanta, making him the first Brewers pitcher with consecutive starts of at least eight innings since Taylor Jungmann in 2015.

“Thank goodness for Knappy,” said Bryce Harper, who struck out all three at-bats. “A lot of us thought he had stuff to be perfect today. I thought he went out there and did a good job. Sometimes it’s going to be like that.”

Woodruff also drove in two with a single and double, raising his average to .370.

Woodruff, who said his only no-hitter was in high school, wanted to pitch the final inning, but manager Craig Counsell opted for Matt Albers, who finished with a perfect ninth.

Yelich opened a four-run fifth with a drive to left off Vince Velasquez. Pérez added his fifth homer, and Woodruff capped the inning with an RBI single to put the Brewers up 7-0.

Velasquez, activated off the injured list Friday and moved to the bullpen, allowed four runs, five hits and a walk in two-thirds of an inning.

Gamel hit his third homer to open the third off Zach Eflin (5-5), who allowed three runs and six hits in 3 2/3 innings.

Phillies: Eflin was bothered by a stomach bug before the game. “I woke up fine this morning and about two hours before the game it kind of hit me pretty hard and didn’t feel right,” he said. “I felt good enough to compete. It had nothing to do with me missing my spots or having bad command.”

Brewers: C Manny Piña, on the 10-day IL (right hamstring strain) will not accompany the team to Minnesota as originally planned due to a chance of inclement weather. Piña will remain in Milwaukee, then is expected to begin at rehab assignment at Class A Wisconsin on Tuesday. He could rejoin the Brewers later in the week in Pittsburgh.

Hard-throwing right-hander JD Hammer made his debut with a perfect sixth for the Phillies. Hammer — a striking figure with big glasses and long, curly hair — opened the season at Double-A, then made one relief appearance at Triple-A Lehigh Valley before being called up Saturday.

Third baseman Mike Moustakas was ejected in the seventh inning by third base umpire Mike Estabrook, who tossed Ryan Braun and Counsell as the home plate umpire Saturday. Moustakas said he was asking about a checked swing call his previous at-bat.

“I used no profanity, just wanted to have a discussion and see what was going on,” Moustakas said. “It was kind of that, and he threw me out of the game.”

Phillies: After a day off Monday, RHP Nick Pivetta (2-1, 8.35 ERA) will be called up from Triple-A Lehigh Valley to make his first start for Philadelphia since April 16.

Brewers: LHP Gio Gonzalez (2-1, 2.39 ERA) opens the two-game series at Minnesota on Monday. Gonzalez is making his sixth start since being signed as a free agent on April 27.