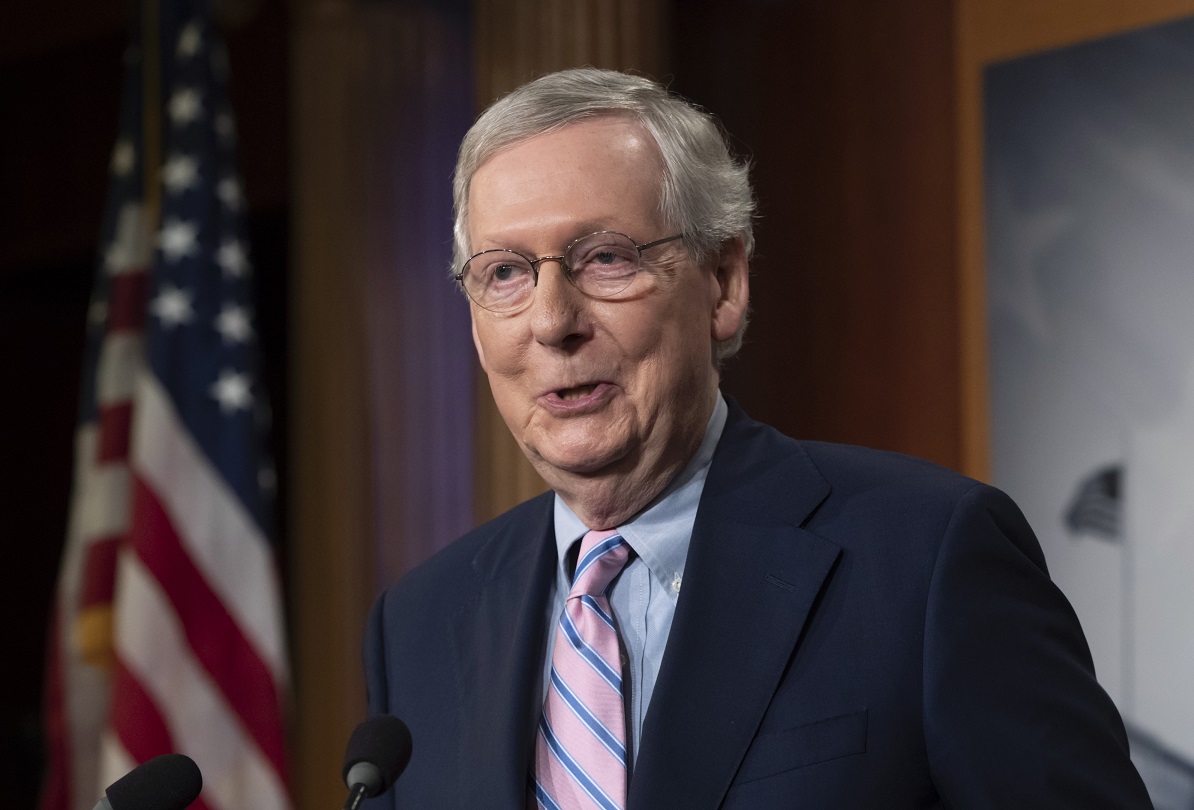 WASHINGTON (AP) — A former White House lawyer defied a congressional subpoena Tuesday, setting the Trump administration on course for another collision with the Democratic-led House over its pursuit of documents related to the Russia investigation.

Don McGahn’s refusal to provide the documents to the House Judiciary Committee came at the instruction of the White House, which suggested they could be subject to executive privilege. Such a claim can shield some presidential material from disclosure.

Mueller said he could not establish a criminal conspiracy between the Trump campaign and Russia, but did not reach a conclusion on whether Trump obstructed justice. Mueller didn’t charge Trump but wrote that he couldn’t exonerate him, either.

Democrats say the case is anything but closed and are conducting their own review of Mueller’s investigation of Russian election interference.

The Judiciary panel wants to speak to McGahn and review certain documents, in part because he was a vital witness for Mueller, recounting the president’s outrage over the investigation and his efforts to curtail it.

White House counsel Pat Cipollone said McGahn does not have any “legal right” to the materials because they are controlled by the White House. Cipollone did not invoke executive privilege in a letter to House Judiciary Chairman Jerrold Nadler, D-N.Y., but strongly signaled the option is on the table. He said the records Democrats are seeking “remain legally protected from disclosure under longstanding constitutional principles.”

Executive privilege is the president’s power to keep information from the courts , Congress and the public to protect the confidentiality of the Oval Office decision-making process. There is no reference to executive privilege in the Constitution, but the Supreme Court has held that it derives from the president’s ability to carry out the duties the commander in chief holds under the Constitution.

Besides documents, the House Judiciary Committee’s subpoena asked McGahn to testify later this month. Trump has signaled he will try to block McGahn from appearing. McGahn’s lawyer said that he will “maintain the status quo” and wait for the White House and the committee to reach an agreement.

“As you will appreciate, Mr. McGahn, as a former assistant to the president and the most senior attorney for the president in his official capacity, continues to owe certain duties and obligations to the President which he is not free to disregard,” wrote attorney William Burck.

The struggle over McGahn’s testimony is playing out against the backdrop of a larger debate on Capitol Hill about what action — if any — to take following the conclusion of Mueller’s investigation.

McConnell, in his most significant public comments yet on the investigation, opened the Senate on Tuesday with a speech discussing how Mueller’s “exhaustive” probe is now complete.

“It’s finally over,” the Kentucky Republican said. He called Mueller’s findings “bad news for the outrage industrial complex but good news for the rest of the country.”

The speech drew swift rebuttals from Democrats. House Speaker Nancy Pelosi and Senate Democratic leader Chuck Schumer issued a joint statement calling it “a stunning act of political cynicism and a brazen violation of the oath we all take.”

After McConnell’s speech, Massachusetts Sen. Elizabeth Warren, a Democratic presidential candidate, made her own trip to the Senate floor to say the House should begin impeachment proceedings — a step that Pelosi has so far resisted. Yet Pelosi also said Trump seems to be “making the case” for his impeachment by brazenly obstructing investigations.

“He’s just trying to goad us into impeachment,” Pelosi said in a talk at Cornell’s Institute of Politics and Global Affairs.

The dispute with the White House over McGahn is among several requests being resisted by the administration. The Judiciary Committee is also negotiating with the Justice Department over obtaining a full, unredacted version of Mueller’s report. Attorney General William Barr released a redacted version to the public last month, but Democrats want to see the full document, plus underlying documents, and have scheduled a committee vote Wednesday to hold Barr in contempt for not providing it.

Staff members from the House Judiciary Committee were meeting with Justice Department officials Tuesday for final negotiations before the contempt vote. Nadler said late Monday that he hopes to make “concrete progress” toward resolving the dispute over gaining access to the report.

If the talks fail and the committee approves the contempt resolution against Barr, it would head to the full House for final approval. But that step is unlikely to lead to criminal charges. A House vote would send a criminal referral to the U.S. attorney for the District of Columbia, a Justice Department official who is likely to defend the attorney general.

Democratic House leaders could also file a lawsuit against the Justice Department to obtain the Mueller report, an option that could take months or even years to resolve. Some committee members have suggested they also could fine Barr as he withholds the information.

Republicans have lambasted the Democratic tactics as overreach. The top Republican on the Judiciary Committee, Rep. Doug Collins of Georgia, said “Democrats have launched a proxy war smearing the attorney general” when their anger actually lies with the president.