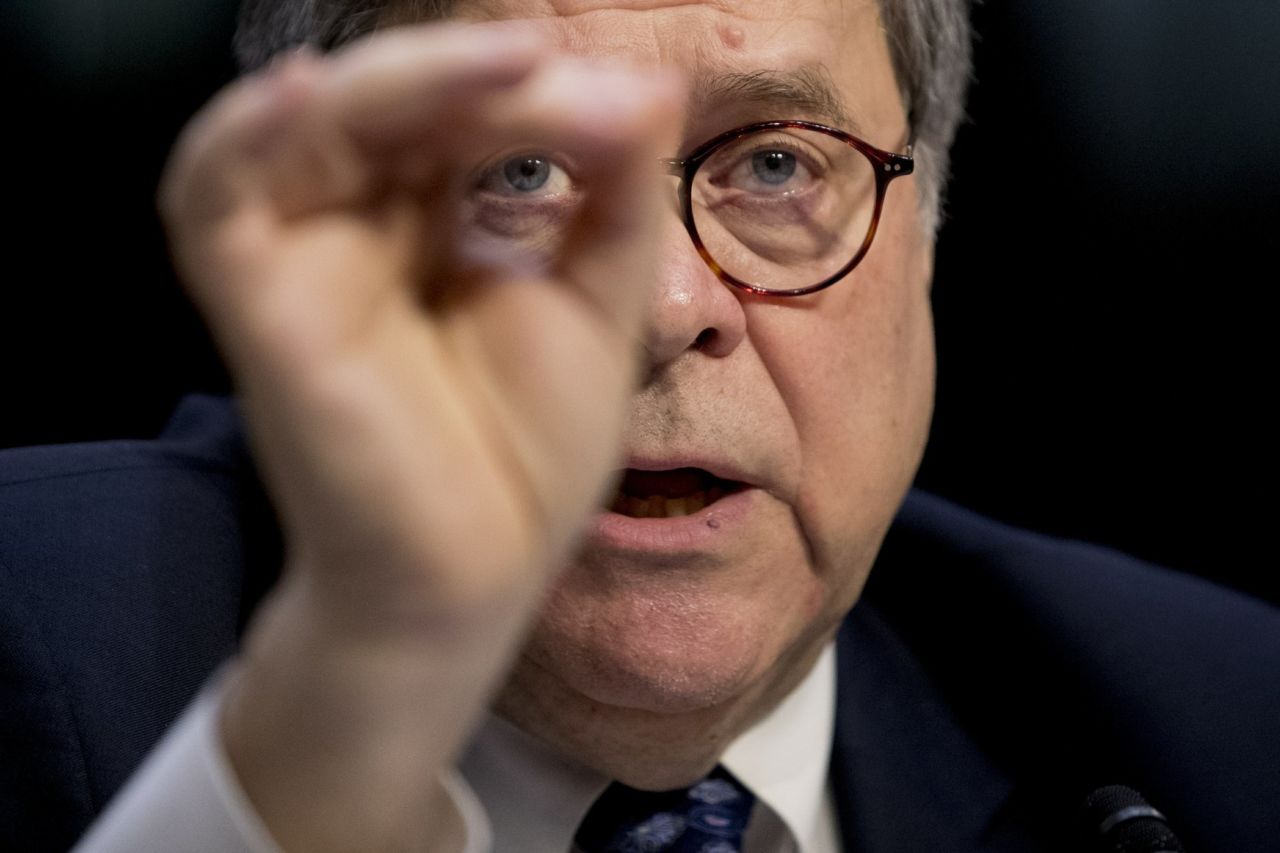 WASHINGTON (AP) — President Donald Trump and his team are still twisting the findings of the special counsel’s report on the Russia investigation.

At a Senate hearing Wednesday, Attorney General William Barr echoed Trump’s refrain of “no collusion” between the Trump campaign and Russia, insisting that any and all allegations of collusion have been “proven false.” That’s not the case.

Senate Judiciary Committee Chairman Lindsey Graham also got it wrong when he asserted that special counsel Robert Mueller had asked Barr to make a ruling on whether Trump obstructed justice.

A look at the claims:

BARR: “The evidence is now that the president was falsely accused of colluding with the Russians and accused of being treasonous. …Two years of his administration have been dominated by allegations that have now been proven false.” — Senate hearing Wednesday.

GRAHAM, Republican senator from South Carolina: “Mr. Mueller and his team concluded there was no collusion.” — Senate hearing.

THE FACTS: Allegations of “collusion” were not “proven false” in the Mueller investigation, nor was the issue of “collusion” addressed in the report.

The Mueller report said the investigation did not find a criminal conspiracy between the Trump campaign and Russia, saying it had not collected sufficient evidence “to establish” or sustain criminal charges.

The report noted that some Trump campaign officials had declined to testify under the 5th Amendment or had provided false or incomplete testimony, making it difficult to get a complete picture of what happened during the 2016 campaign. The special counsel wrote that he “cannot rule out the possibility” that unavailable information could have cast a different light on the investigation’s findings.

The report also makes clear the investigation did not assess whether “collusion” occurred because it is not a legal term. The investigation found multiple contacts between the Trump campaign and Russia, and the report said it established that “the Russian government perceived it would benefit from a Trump presidency and worked to secure that outcome, and that the Campaign expected it would benefit electorally from information stolen and released through Russian efforts.”

GRAHAM: “As to obstruction of justice, Mr. Mueller left it to Mr. Barr to decide after two years, and all this time. He said, ‘Mr. Barr, you decide.’ Mr. Barr did.” — Senate hearing.

THE FACTS: Not true. Mueller did not ask Barr to rule on whether Trump’s efforts to undermine the special counsel’s Russia investigation had obstructed justice.

According to the report, Mueller’s team declined to make a prosecutorial judgment on whether to charge partly because of a Justice Department legal opinion that said sitting presidents shouldn’t be indicted.

As a result, the report factually laid out instances in which Trump might have obstructed justice, specifically leaving it open for Congress to take up the matter or for prosecutors to do so once Trump leaves office.

Barr wrote in a March 24 letter that ultimately he decided as attorney general that the evidence developed by Mueller was “not sufficient” to establish, for the purposes of prosecution, that Trump committed obstruction of justice.

Barr subsequently acknowledged that he had not talked directly to Mueller about making that ruling and did not know if Mueller agreed with him.