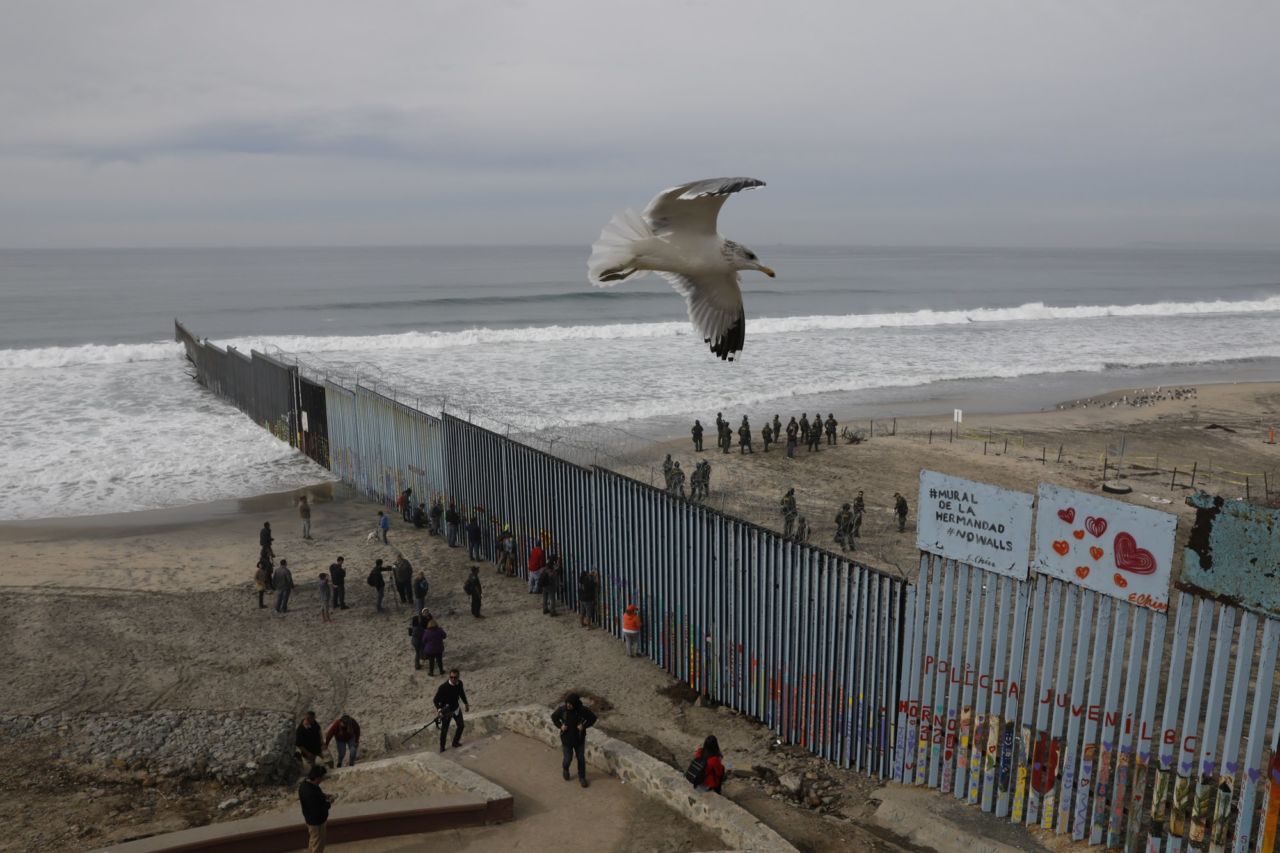 WASHINGTON (AP) — Giving himself credit for tough diplomacy, President Donald Trump is describing a burst of activity by Mexican authorities to keep Central American migrants from getting to the U.S. border.

That’s an apparent mirage as Trump retreats from his latest threat to seal off the U.S. from Mexico.

Trump was wrong when he said last week that Mexico was doing “NOTHING” about migrants coming north. It markedly tightened migration controls during the Obama administration and detained over 30,000 foreigners in the first three months of this year.

And it’s not evident now that Mexico has suddenly cracked down as a result of his threat, “apprehending everybody” and making “absolutely terrific progress” in just a matter of days, as Trump put it. Mexico’s apprehensions of foreigners have not surged.

TRUMP, on why he is pulling back on sealing the border imminently: “Because Mexico has been absolutely terrific for the last four days. They’re apprehending everybody. Yesterday they apprehended 1,400 people. The day before was 1,000. And if they apprehend people at their southern border where they don’t have to walk through, that’s a big home run. We can handle it from there. It’s really good. … Mexico, for the last four days, it’s never happened like that in 35 years.” —remarks to reporters Friday.

THE FACTS: This depiction of Mexico going from strikeout to home run is inaccurate at both ends.

Mexico reports that its interception and detention of migrants from the south are “about average” in recent months. Over the first three days of April, it apprehended 1,259 foreigners — not 1,000 or more a day, as Trump claimed.

“There is no very substantive change,” Mexico’s foreign secretary, Marcelo Ebrard, said this week. “There has not been a drastic change.”

“I don’t know what (Trump) was referring to,” he added.

Mexico is requiring migrants to register with authorities, but that’s been the case since Lopez Obrador took office Dec. 1, Ebrard said. “What Mexico is doing as far as the review of the southern border — well, it’s the same thing it has been doing since this government began.” On Thursday, Mexico’s ambassador to the U.S., Martha Barcena, told The Associated Press her country is working to make its own border “more orderly” but “migration will never be stopped.”

Mexico took a substantial step in 2014, implementing a “Southern Border Plan” that established checkpoints and raids to discourage migrants from riding trains or buses from Guatemala. Its detention of foreigners, almost all Central Americans, surged to 198,141 over the next year, from 127,149. Last year, it detained 138,612.

The White House has refused to substantiate Trump’s claim about Mexico’s migrant apprehensions. Secretary of State Mike Pompeo on Friday credited Mexico with the “will” to help stem migration but he did not cite results. Even as Trump claimed a Mexican crackdown, Pompeo said the U.S. needs to see action from Mexico, telling Fox News that it’s “one thing to talk about it.”

Trump has abandoned his vow to shut the border imminently. He now says that if Mexico does not continue cooperating on migrants, he will try to put heavy duties on autos from Mexico and revive his border-closure threat if that doesn’t work.