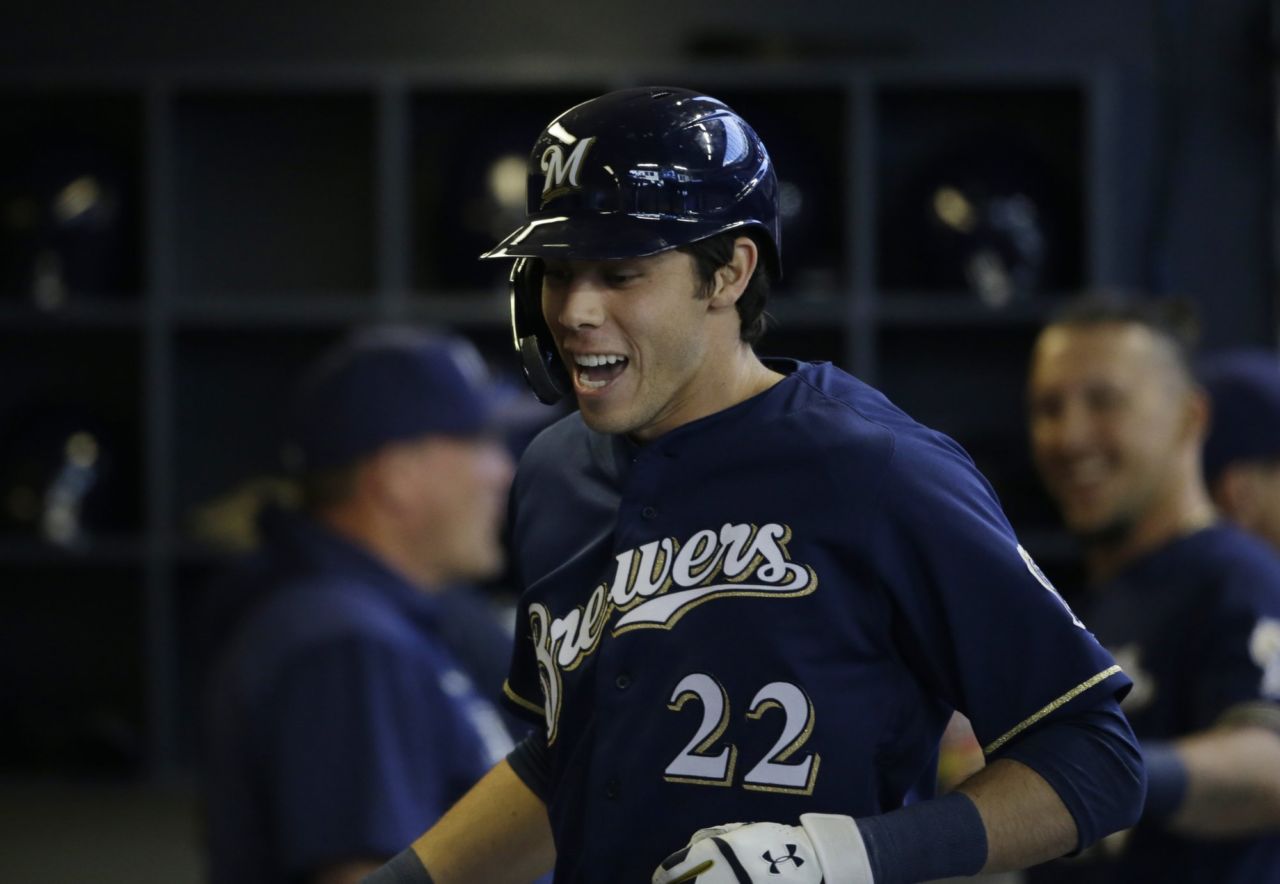 Milwaukee Brewers' Christian Yelich reacts in the dugout after his home run against the St. Louis Cardinals during the first inning of a baseball game Sunday, March 31, 2019, in Milwaukee. (AP Photo/Jeffrey Phelps)

Yelich also became the first player to win the MVP award and then homer in his first four games of the next season. He hit 36 home runs in 2018.

Yelich connected in the first inning Sunday off the St. Louis Cardinals’ Michael Wacha, sending a 1-0 fastball into the second deck at Miller Park.

Barry Bonds in 2002 and Albert Pujols in 2006 homered in the first two games of the year after winning MVP awards.