After win over Cavs, Giannis and Bucks glued to Duke-UCF game 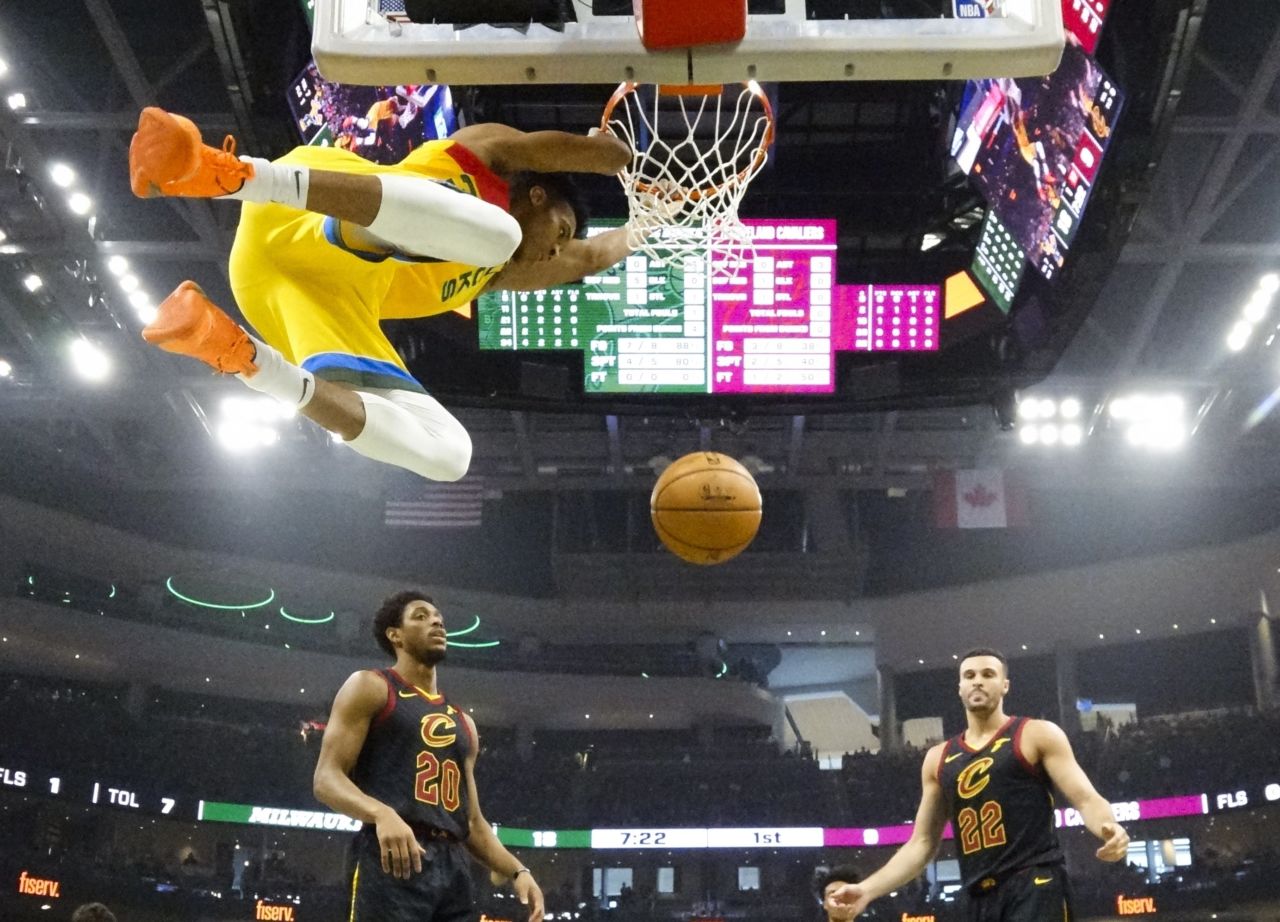 Milwaukee Bucks' Giannis Antetokounmpo dunks during the first half of an NBA basketball game against the Cleveland Cavaliers Sunday, March 24, 2019, in Milwaukee. (AP Photo/Morry Gash)

Giannis Antetokounmpo has Gonzaga winning the NCAA tournament this season.

The 24-year-old Milwaukee Bucks forward told reporters after a 127-105 win over Cleveland on Sunday this was the first time he’s ever filled out a bracket.

Duke looked as though it was going to be upset by Central Florida, as Antetokounmpo, Pat Connaughton, Brook Lopez, Tony Snell and others huddled around a TV after the Bucks improved to an NBA-best 55-19.

It wasn’t Duke’s Zion Williamson that had Antetokounmpo’s attention, however. It was UCF’s Tacko Fall.

The Bucks’ forward was jumping up and down, yelling how he was excited for the 7-foot-6, 310-pound Fall to enter the league so he could dunk on him, ESPN reported.

Antetokounmpo said in filling out his first-ever ever bracket, he had Gonzaga, all based on how it beat Duke earlier this season, apparently.

“I don’t watch college basketball, but I watched a game earlier this season where they played against Duke,” Antetokounmpo said. “They beat Duke. They were grown ass men. Big bodies, playing physical and playing smart, so I like their team.”

Lopez added that he had UCF upsetting Duke and that he’s very particular about how far he has the Blue Devils going year to year. He either has them winning it all or losing the first weekend.

As Duke held off UCF, which missed shots in the final seconds, Connaughton was bouncing up and down, while Antetokounmpo shook his head on the missed shots at the down the stretch.

Fall is the tallest player in the NCAAs. He had 15 points, six rebound and three blocks but UCF and Fall fell 77-76, missing two potential winning shots in the game’s final seconds.

As for Antetokounmpo’s Bulldogs, they’re still alive. The No. 1 seed plays Florida State on Thursday in the Sweet 16.