Future of North Hall pondered by La Crosse Center Board 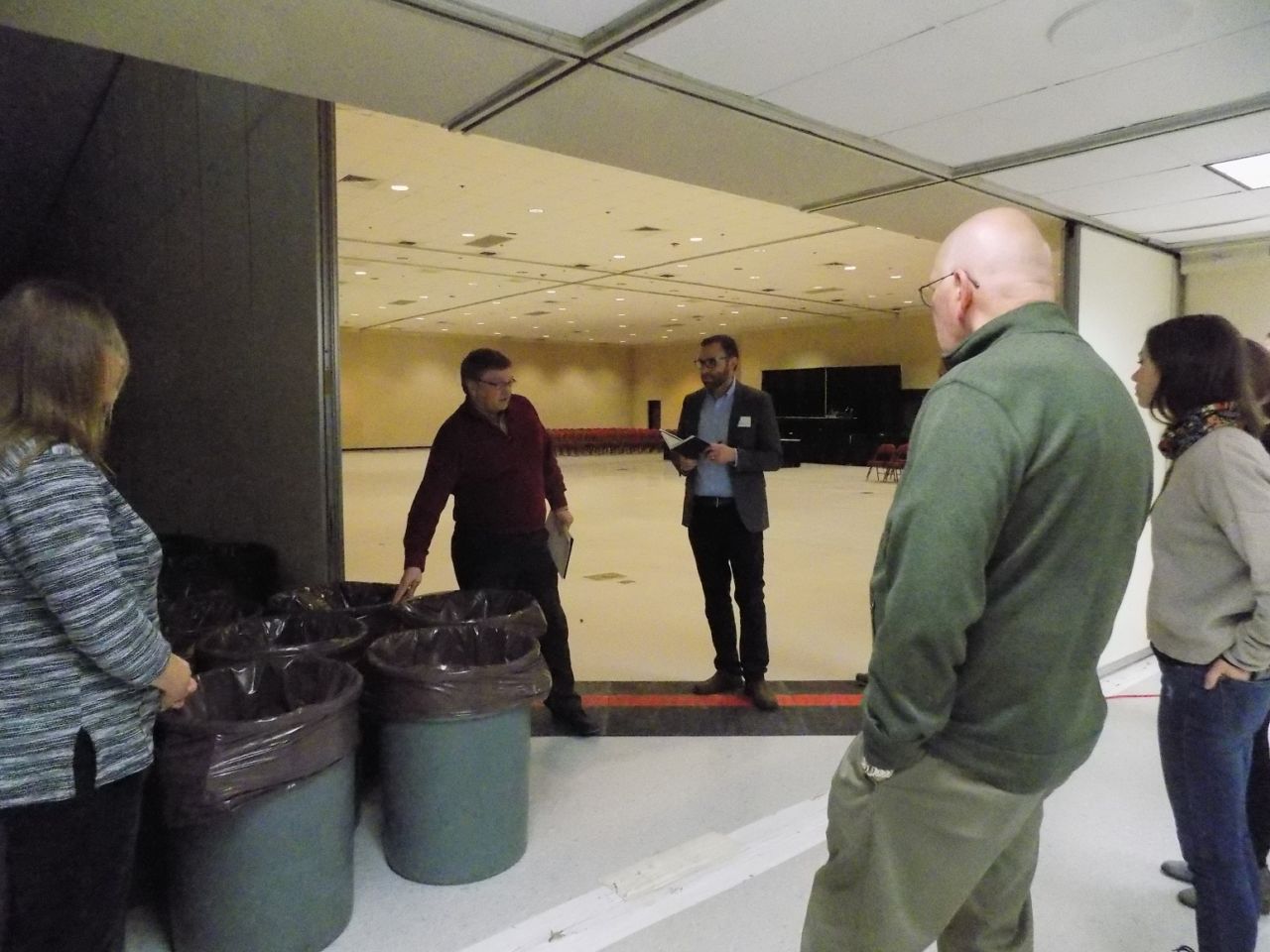 La Crosse Center manager Art Fahey shows center board members the existing North Hall, which could be drastically rebuilt as part of a $42 million building renovation

Should the hall be big or small?

The La Crosse Center will have to consider what to do with the large meeting room called North Hall, as part of its $42 million makeover.

Members of the center board got a look at the north end of the building Tuesday.

Center director Art Fahey said the system of dividing walls in North Hall might have to be updated, noting that attempts to modernize the wall system a few years ago were dropped because of changes in building technology.

The options for improving the center include either cutting the size of North Hall in half or maintaining its current size but moving the room slightly to the west.

North Hall is now used for dozens of meetings and other events each year.

“Explore La Crosse” director A.J. Frels gave the board a list of more than a dozen large meetings that the La Crosse Center cannot book because it doesn’t have the building space required to host those events.

The meetings include political party meetings, a cheesemakers’ conference, and an international clown convention.