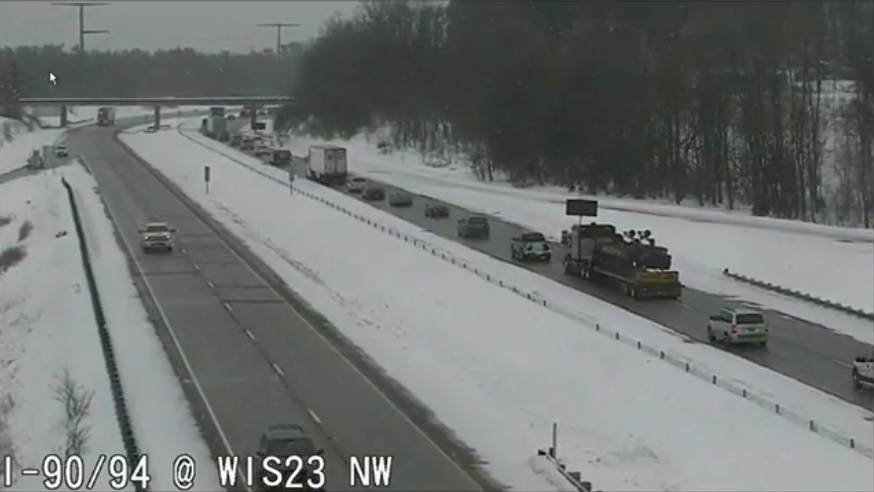 A second body has been recovered from the accident where a semi crashed through a guardrail and plunged into Mirror Lake near Wisconsin Dells.

Authorities have recovered a woman’s body near where the cab was recovered in the lake. Sunday, the driver’s body was recovered inside the cab of the semi, which crashed off on I-90/94 and into the lake around 7 a.m. that day.


The driver was identified as 39-year-old Timothy Green of Elizabethtown, Kentuck. The search for the second body was called off late Sunday night. Dive teams began again Monday and found the body around 1:30 p.m.

Authorities worked for hours to pull the semi from the water, after it slid through a ditch and off a cliff into Mirror Lake. The highway was closed several hours Sunday to pull the semi out and clean up the spilled diesel.

This isn’t the first time a semi has fallen from the interstate bridge into Mirror Lake. According to WISCNews, in January 2011, a semi traveling westbound drove through the median, crashed through a guardrail and plunged 107 feet, breaking through the lake’s ice. The driver, Peter G. Ramanand of Bronx, New York, was killed. A passenger in the semi survived.