Lawmakers optimistic as border talks back on track 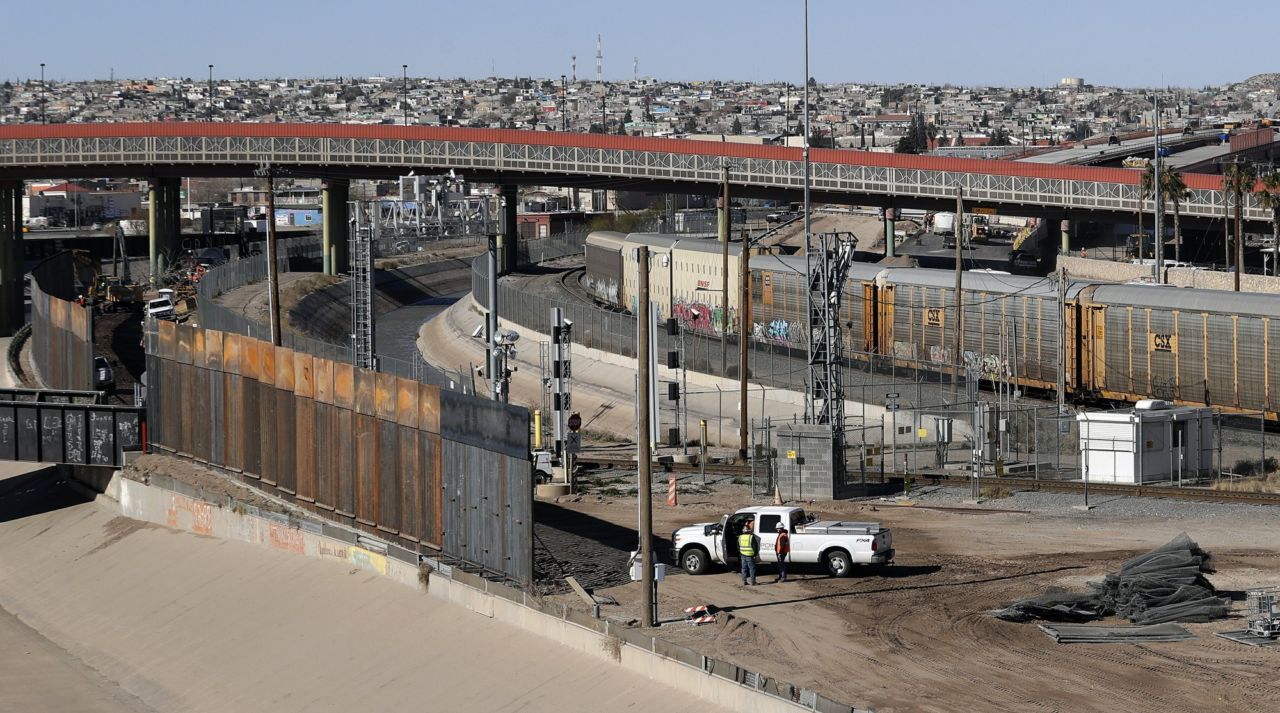 WASHINGTON (AP) — Suddenly optimistic, congressional negotiators said late Monday that politically freighted talks on border security were back on track as they sped to avert a new federal shutdown this weekend. Agreement could be in sight as early as Monday night, they said.

The talks had cratered on Saturday and Sunday over Democratic demands to limit immigrant detentions by federal authorities, but the impasse seemed to be loosening.

A Friday midnight deadline is looming as negotiators strain to prevent a second partial government shutdown. If lawmakers don’t reach an agreement and get President Donald Trump’s signature by then, hundreds of thousands of federal workers will be furloughed for a second time this year.

Trump, meanwhile, headed to El Paso, Texas, for a campaign-style rally focused on immigration and border issues. He is adamant that Congress approve money for a wall along the Mexican border, though he no longer repeats his 2016 mantra that Mexico will pay for it.

At the Capitol, Rep. Kay Granger of Texas, one of the Republican negotiators, gave an upbeat assessment heading into Monday’s session. She said the talks were in “better shape today” and expressed optimism about reaching a deal before the deadline.

Shelby said the talks would continue into the evening.

Republicans are trying to avoid another bruising shutdown, but are caught between Trump’s sometimes-unpredictable leadership and the demands of Democrats, who have largely stayed unified during the negotiations.

But while the Democrats, including House Speaker Nancy Pelosi of California, don’t want any funding for Trump’s proposed border wall, they know the president must get at least some new border barriers in order to sign any agreement. In return, they’ve focused on reducing funding for detention beds to curb what they see as unnecessarily harsh enforcement by Immigration and Customs Enforcement, or ICE.

The final figure for the wall is sure to come in below $2 billion, far below the $5.7 billion Trump has demanded. Democrats have agreed to at least some money for border structures despite taking a hard line against it during the recently ended 35-day partial shutdown.

The border debate gets most of the attention, but it’s just part of a major spending measure to fund a bevy of Cabinet departments. A collapse of the negotiations could imperil budget talks going forward that are required to prevent steep spending cuts to the Pentagon and domestic agencies.

The negotiations hit a rough patch Sunday amid a dispute over curbing ICE, the federal agency that Republicans see as an emblem of tough immigration policies and Democrats accuse of often going too far.

A House Democratic aide said Republicans had already agreed to funding cuts that would require ICE to ramp down the number of detention beds to a range of 34,000-38,500 by the end of the year. ICE currently detains about 49,000 immigrants on average per day.

But a proposal to cap at 16,500 the number of detainees caught in areas away from the border — a limit Democrats say is aimed at preventing overreach by the agency — ran into its own Republican wall.

“ICE is being asked to ignore the laws that Congress has already passed,” said agency Deputy Director Matt Albence on a media call organized by the White House. “It will be extremely damaging to the public safety of this country. If we are forced to live within a cap based on interior arrests, we will immediately be forced to release criminal aliens that are currently sitting in our custody.”

Trump met Monday afternoon with top advisers in the Oval Office to discuss the negotiations before heading to Texas for a rally. Leaving for El Paso, he softened his rhetoric on the wall but ratcheted it up when alluding to the detention beds issue.

“We can call it anything. We’ll call it barriers, we’ll call it whatever they want,” Trump said. “But now it turns out not only don’t they want to give us money for a wall, they don’t want to give us the space to detain murderers, criminals, drug dealers, human smugglers.”

The recent shutdown left more than 800,000 government workers without paychecks, forced postponement of the State of the Union address and sent Trump’s poll numbers tumbling. As support in his own party began to splinter, Trump surrendered after the shutdown hit 35 days, agreeing to the current temporary reopening without getting money for the wall.

The president’s supporters have suggested that Trump could use executive powers to divert money from the federal budget for wall construction, though he could face challenges in Congress or the courts.