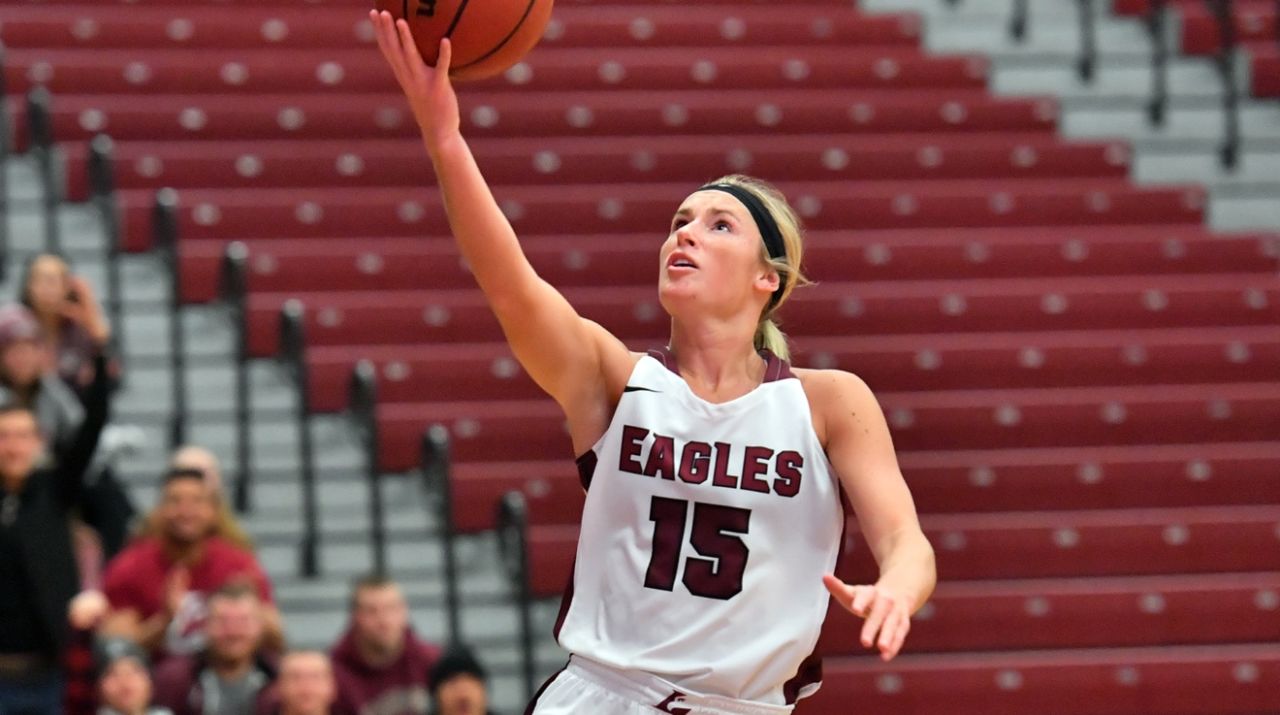 The UW-La Crosse women’s basketball team improved to 13-1 with a big win at home over UW-Eau Claire.

Winona native Hallee Hoeppner ended the Blugolds’ drought to begin the game with a 3-pointer. She finished with 16 points.

It didn’t last long. The Eagles answered with an 11-2 run and never looked back.

The two teams entered the contest ranked just outside the Top 25 in Division 3 on D3Hoops.

For the first time in five years, the UW-La Crosse men’s basketball team has opened conference 3-0.

The Eagles never trailed Wednesday in beating UW-Eau Claire on the road, 58-39.

Ben Meinholz scored 21 points, going 8-for-9 from the line, and added nine rebounds and four steals to lead UW-L (10-4), which went on a 15-3 run midway through the second half to pull away.

Saturday will be a big test for UW-L, as it hosts 14th-ranked UW-Whitewater (12-2) at Mitchell hall.