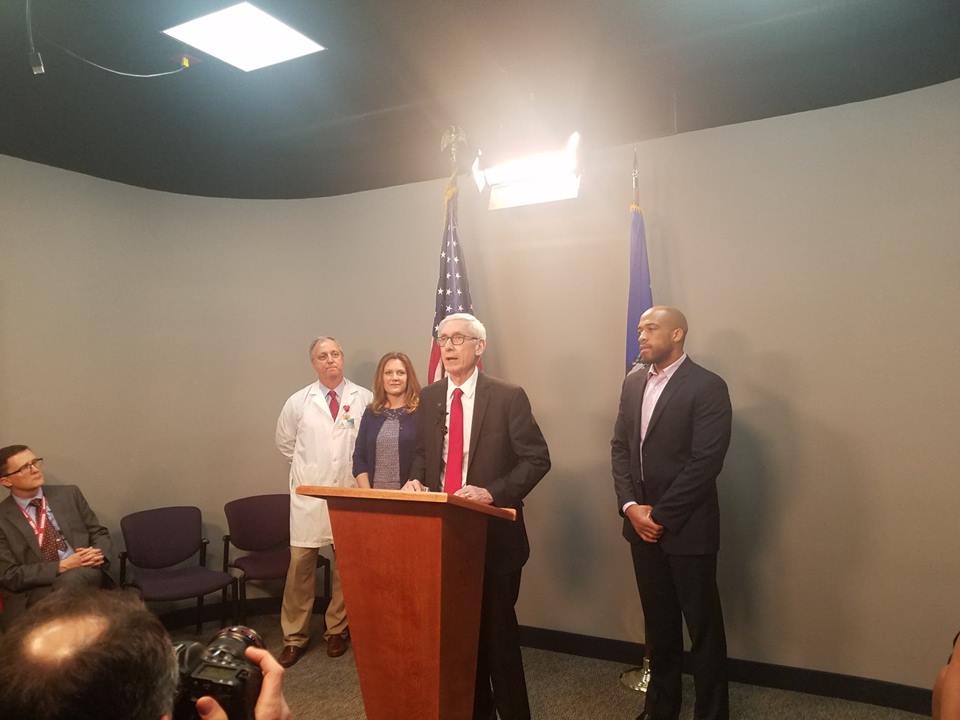 In one of his first official visits as Wisconsin’s new governor, Tony Evers stopped at La Crosse’s Gundersen Health System.

Evers toured the facility Tuesday morning and talked to staff about health care needs in the state.

Evers says it’s a worry for many Wisconsinites

“We’ve spent a lot of time going across the state and listening to people’s concerns,” Evers said. “And clearly health care, and affordable health care is something that is truly important to them.”

Evers added that one of his first orders of business will be to take the medicaid expansion money that the Walker administration didn’t accept, as well as withdrawing from the lawsuit that challenges the legality of the Affordable Care Act.

The governor pointed to previous visits to La Crosse and recalled multiple people who moved across the river.

“I remember talking to several people who decided to move to Minnesota in order to get not only better care, but more importantly affordable care,” Evers said.

Evers was sworn into office on Monday afternoon in Madison.