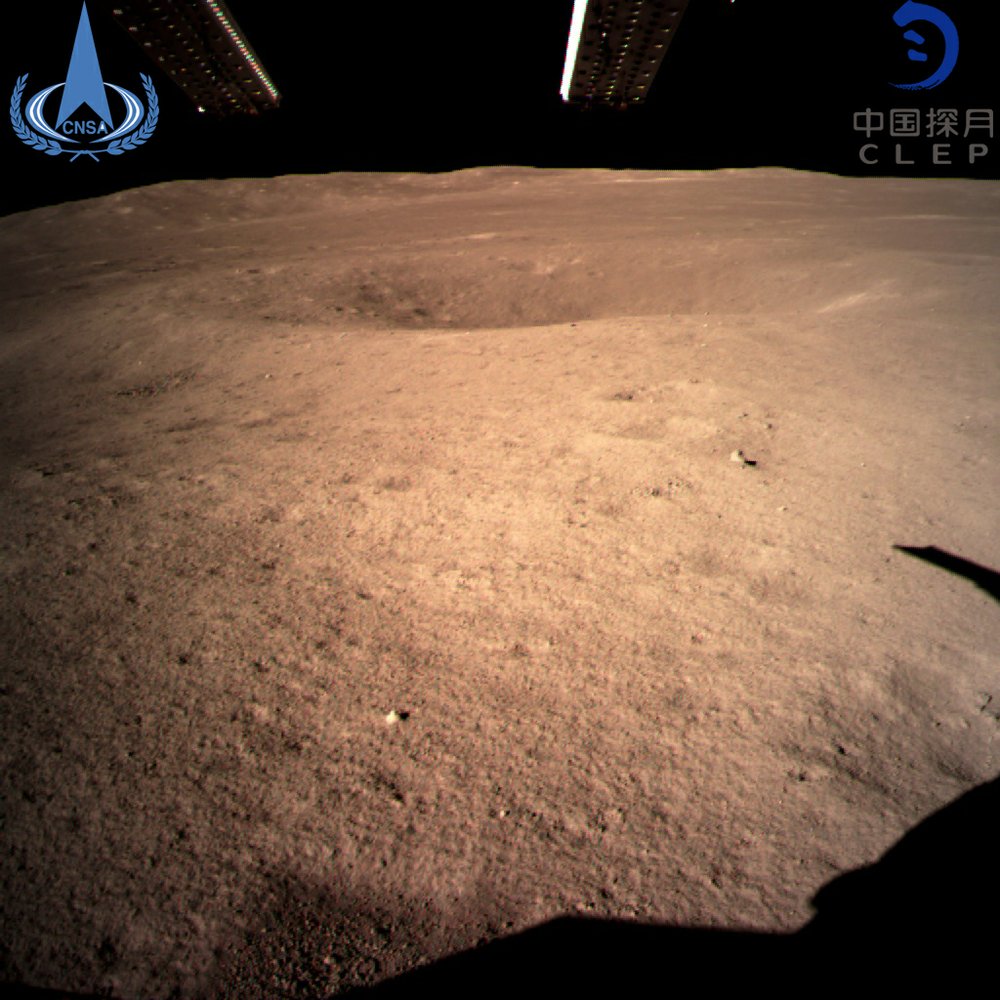 In this photo provided Jan. 3, 2019, by China National Space Administration via Xinhua News Agency, the first image of the moon's far side taken by China's Chang'e-4 probe. A Chinese spacecraft on Thursday, Jan. 3, made the first-ever landing on the far side of the moon, state media said. The lunar explorer Chang'e 4 touched down at 10:26 a.m., China Central Television said in a brief announcement at the top of its noon news broadcast.(China National Space Administration/Xinhua News Agency via AP)

BEIJING (AP) — A Chinese spacecraft on Thursday made the first-ever landing on the far side of the moon in the latest achievement for the country’s growing space program.

The relatively unexplored far side of the moon faces away from Earth and is also known as the dark side.

A photo taken by the lunar explorer Chang’e 4 at 11:40 a.m. and published online by the official Xinhua News Agency shows a small crater and a barren surface that appears to be illuminated by a light from the probe.

Chang’e 4 had touched down on the surface at 10:26 a.m., the China National Space Administration said. The landing was announced by state broadcaster China Central Television at the top of its noon news broadcast.

The landing highlights China’s growing ambitions as a space power. In 2013, Chang’e 3, the predecessor craft to the current mission, made the first moon landing since the then-Soviet Union’s Luna 24 in 1976. The United States is the only other country that has carried out moon landings.

The work of Chang’e 4, which is carrying a rover, includes carrying out astronomical observations and probing the structure and mineral composition of the terrain.

“The far side of the moon is a rare quiet place that is free from interference of radio signals from Earth,” mission spokesman Yu Guobin said, according to Xinhua. “This probe can fill the gap of low-frequency observation in radio astronomy and will provide important information for studying the origin of stars and nebula evolution.”

One challenge of operating on the far side of the moon is communicating with Earth. China launched a relay satellite in May so that Chang’e 4 can send back information.

China plans to send its Chang’e 5 probe to the moon next year and have it return to Earth with samples — the first time that will have been done since the Soviet mission in 1976.

A Long March 3B rocket carrying Chang’e 4 blasted off on Dec. 8 from Xichang Satellite Launch Center in southern China. Chang’e is the name of a Chinese goddess who, according to legend, has lived on the moon for millennia.