Icy sidewalk complaints pile up in La Crosse, which just hired contractor to clear them 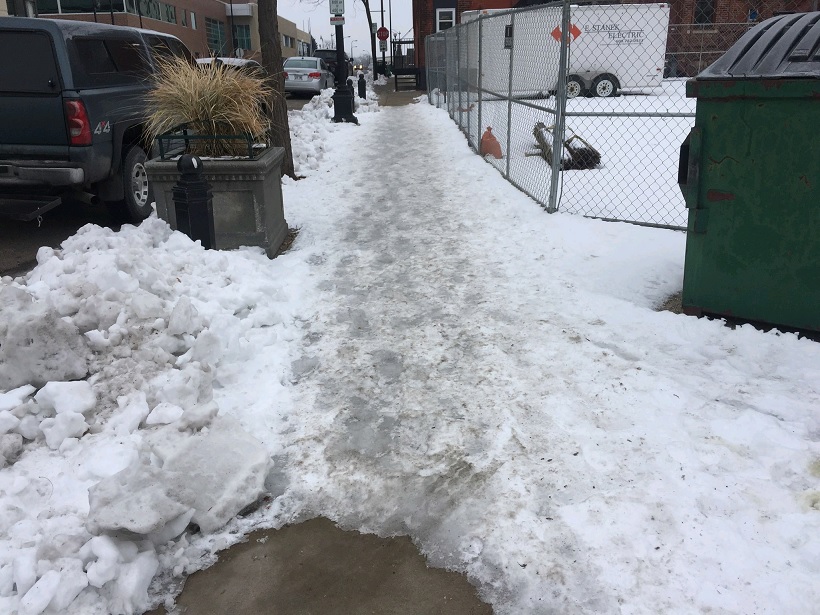 The number of snowy and icy sidewalks that are drawing complaints in La Crosse is now in the dozens.

the city had one large snowfall and cold weather followed. Since, over 50 complaints of icy sidewalks have been logged in City Hall.

Typically, the city would dispatch a contractor to those addresses and clear the walks and charge property owners.

Last week, the city warned about enforcement of its sidewalk ordinance, which requires walks be cleared within 24 hours after the snow stops falling.

That warning was without teeth, however. The city has yet to hire a contractor to actually clear the walks.

Monday, the city’s Board of Public Works agreed to hire the only contractor that bid on the job.

A representative in the city’s engineering department said it’s a unique year.

The city’s Board of Public Works just this week approved the only bid it received to do the work.