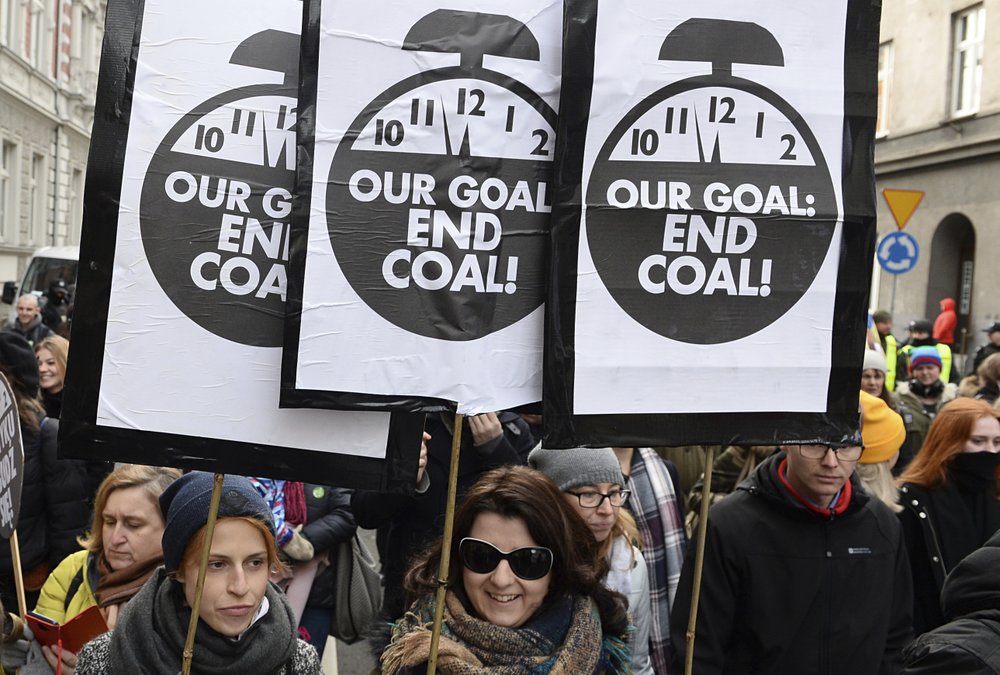 KATOWICE, Poland (AP) — More than 450 asset managers, including major pension funds and insurance companies, are calling on governments to phase out coal-fired power plants and put a meaningful price on carbon to help tackle climate change.

The funds, with over $32 trillion in assets, issued their appeal Monday as ministers gathered in Katowice, Poland, for the second week of a U.N. climate summit.

Burning fossil fuels such as coal is a major source of the greenhouse gas carbon dioxide, and scientists say it needs to end by the middle of the century to keep global warming below 1.5 degrees Celsius (2.7 Fahrenheit).

The United States has announced it is pulling out of the 2015 Paris climate accord. It is hosting an event at the U.N. talks to promote innovative fossil fuel technology.