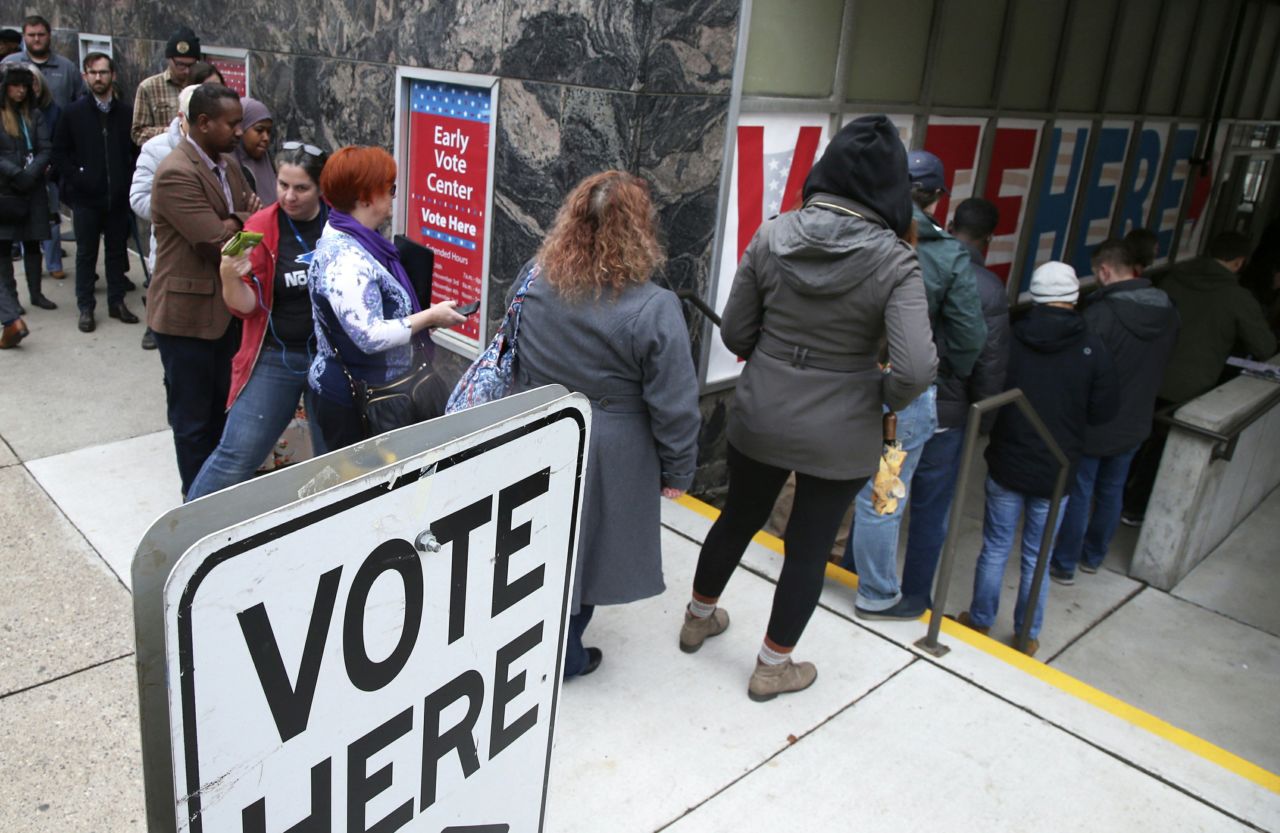 MINNEAPOLIS (AP) — Candidates up and down the ballot made the rounds across Minnesota on Monday for a final pitch to voters, with stops planned from Minneapolis to Morris on the eve of Election Day.

The ballot for Tuesday’s midterm elections is jam-packed in Minnesota, with an open governor’s seat and two U.S. senators up for re-election along with a handful of competitive congressional elections and control of the Minnesota Legislature up for grabs. In the final full day of campaigning, neither Democrats nor Republicans were ready to rest, urging supporters to help bring residents to vote until polls close at 8 p.m. Tuesday.

“There’s no such thing as a Blue Wave,” Democratic-Farmer-Labor Party chairman Ken Martin told a room full of supporters at a rally in Minneapolis Monday morning. “There’s no Blue Wave that’s going to come and save us from Republicans.”

Martin shepherded candidates such as gubernatorial hopeful Tim Walz, attorney general candidate Keith Ellison and U.S. Sen. Tina Smith onto a bus, driving from the heart of Minneapolis to the city’s north side and all the way up to Duluth. Meanwhile, congressional candidates such as Dean Phillips — who Democrats believe is their best shot at unseating GOP Rep. Erik Paulsen in the city’s western suburbs — crisscrossed his district to drop into 10 coffee shops.

Republicans didn’t let off the gas either. In his second run at governor after losing to outgoing Gov. Mark Dayton in 2014, Jeff Johnson planned to drive more than 350 miles, hosting get-out-the-vote rallies from Perham to Pelican Rapids and from Morris to Blaine. Public polling in his race against Walz has shown Johnson trailing, but Johnson said he’s seeing an energy among Republican voters that rivals any talk of a “Blue Wave.”

“I think there’s as much energy on our side as theirs,” he said between campaign stops. “I can’t take anything for granted, especially in a midterm in Minnesota. We need all our folks to show up.”

But nearly 540,000 Minnesota voters have already cast their ballot, according to the secretary of state’s office. That’s more than a quarter of the roughly 2 million registered voters who cast ballots in the last midterm election in 2014.